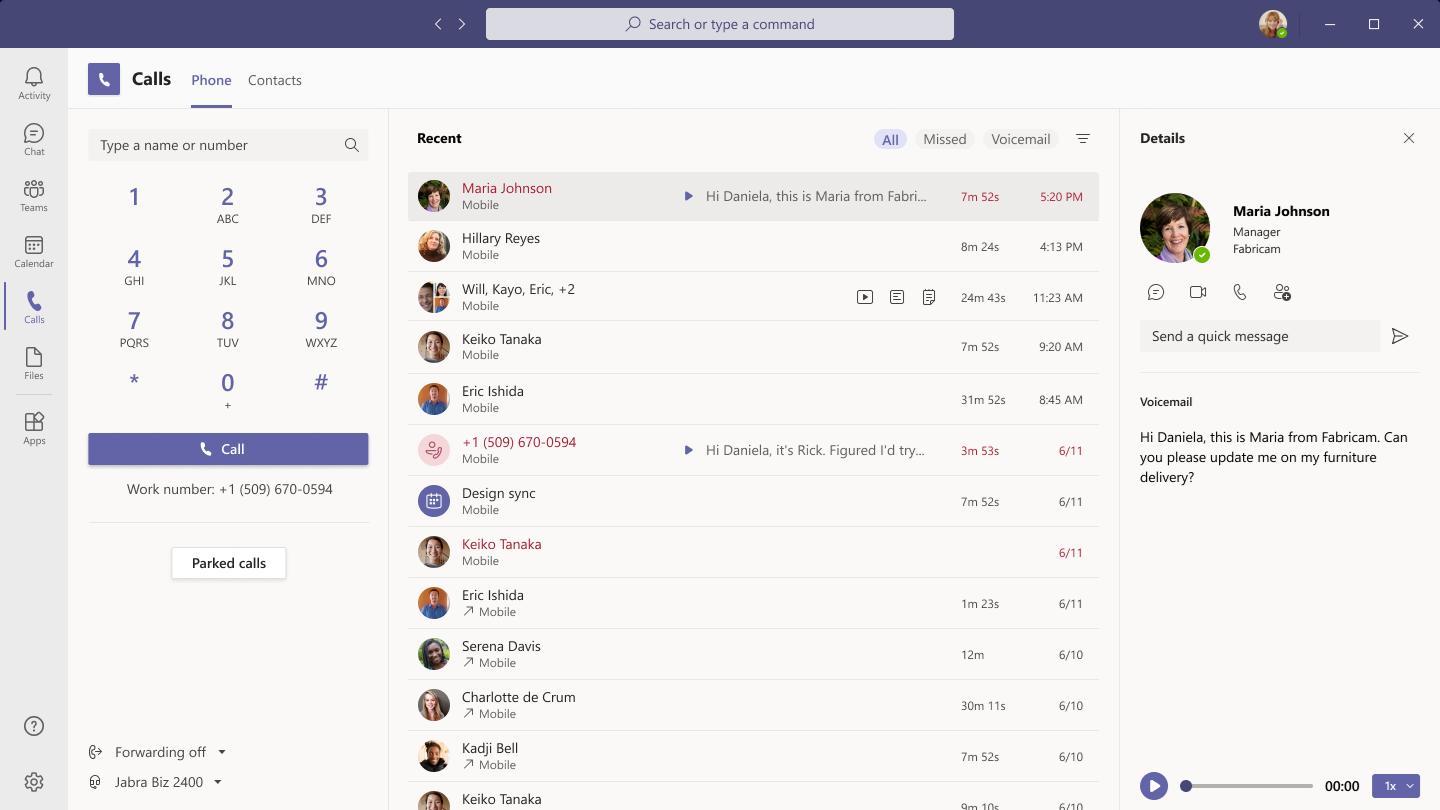 Microsoft Teams has quickly become one of Microsoft‘s most compelling apps and services. Today, the company has unveiled an even greater focus on the calling feature to help improve its functionality.

Teams, a robust service that’s seen as a direct competitor to Slack, is getting a stronger focus on calling. Today, Microsoft announced a new effort to “restore and maintain personal connections” with new calling features for Teams. The goal is to get a more streaming calling experience, and, ultimately, integrate calls with the standard means of using Teams.

It starts with the Calls app, which is integrated into Teams. It’s been overhauled to be easier to use, and it will bring all the important calling information into one area. In this new app, users will see a dial pad, their call history, settings, contacts, and voicemail. It should make it all easier to reach when using Teams, and limit searching.

Microsoft is also integrating a spam identification tool, and users can share their call recordings within SharePoint and OneDrive.

However, it’s the addition of CarPlay support that really grabbed our attention. Microsoft says with support for Apple’s in-car system will be able to make and accept calls through the Teams app while in the vehicle. It also means Teams users can use their voice with Siri to make a call or accept an incoming call through Teams. Microsoft says CarPlay support is “coming soon”, but we don’t have an exact date to share just yet.

Microsoft outlines a variety of new features and changes to the calling experience in Teams in its official announcement today. If you’re a Teams user, it’s certainly worth checking out.