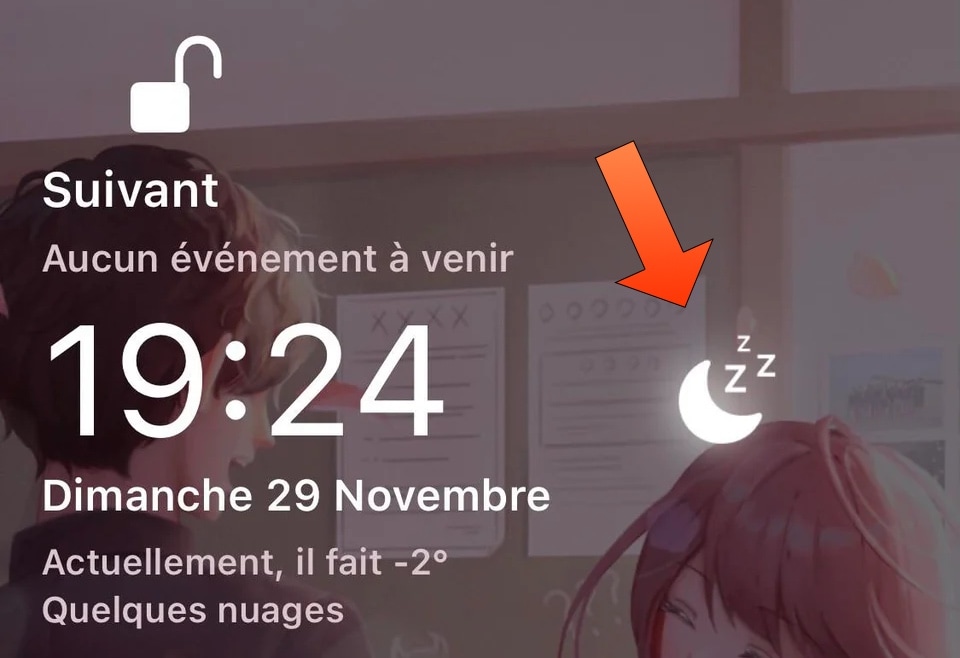 Apple’s iPhone and iPad come standard with a notification-hampering feature known as Do Not Disturb, which can keep your handset silent when you don’t feel like being bothered by rings, dings, and other noises. More recently, Do Not Disturb began showing an unsightly banner on the Lock Screen when enabled, and not all users have taken kindly to it.

Lune is a free jailbreak tweak by iOS developer Litten that was just recently rewritten from scratch to provide a new way of discerning when Do Not Disturb is turned on via the Lock Screen. It does so by displaying a configurable Moon icon wherever the user may choose to put it, just as depicted in the screenshot example above.

Once installed, users can visit the Lune preference pane in the Settings app to configure a host of different options:

One of the things we like most about Lune is that the user can choose where the icon appears on the Lock Screen and adjust how the surroundings respond to it. This is good because there are other jailbreak tweaks that some users may want to use in tandem with Lune, and if they would normally block the Lune icon, these settings allow the user to move the Lune icon somewhere else to prevent such a conflict from transpiring.

Perhaps more importantly, users have the option of preventing redundancy by disabling the Do Not Disturb banner when Lune is active.

Those interested in giving Lune a try may download the tweak for free from Litten’s repository via their favorite package manager. The tweak supports jailbroken iOS 13 devices and is open source on the developer’s GitHub page for those interested in learning more about how it works under the hood.

Those who aren’t already using Litten’s repository can add it to their favorite package manager by using the following URL:

Do you plan to upgrade your iPhone or iPad’s Do Not Disturb experience with Lune? Let us know down in the comments section below.