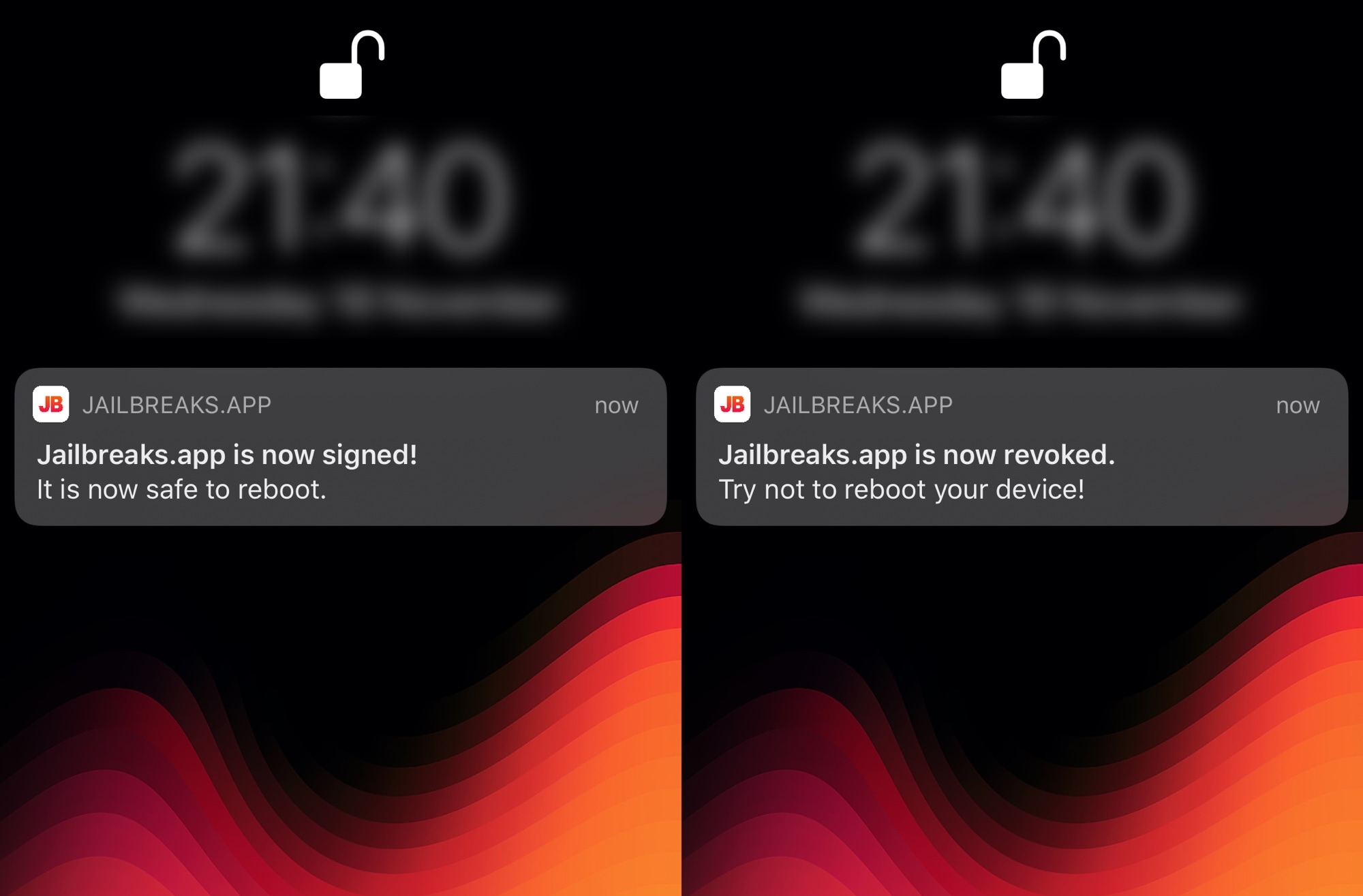 Apart from checkra1n, side-loadable jailbreak apps like Odyssey and unc0ver comprise of the overwhelming majority of modern jailbreak tools. While these jailbreak apps are easy to install via a computer with AltStore or Xcode, users demand computer-free options, and that’s the exact reason why signing services such as Jailbreaks.app exist.

As convenient as signing services can be in the short-term, they come with a rather conspicuous caveat: their certificates are often revoked, rendering them useless until a new certificate becomes available. With that in mind, Jailbreaks.app developer iCrazeiOS has released a new and free jailbreak tweak dubbed JBStatusNotifier that will help jailbreakers identify when the Jailbreaks.app certificate becomes revoked or signed.

The tweak doesn’t have any options to configure, so it’s about as easy to use as you could ever expect. On the other have, because JBStatusNotifier checks the Jailbreaks.app certificate signing status often throughout the day, users may experience an impact on battery life, albeit marginal at most.

One thing worth noting is that JBStatusNotifier only alerts users to the status of the Jailbreaks.app certificate status. With that in mind, those who depend on competing signing services can’t use this tweak to see if another signing service’s certificate is revoked or signed. This is probably a bummer for some jailbreakers; however, we wouldn’t expect a tweak made by Jailbreaks.app to support any other platform by nature…

Those interested in downloading JBStatusNotifier can download the tweak for free from the Packix repository via their favorite package manager. The tweak supports jailbroken iOS 11, 12, 13, and 14 devices.

Do you plan to take advantage of JBStatusNotifier, or are you happy using computer-based side-loading options like AltStore to side-load your jailbreak tools? Let us know down in the comments section below.