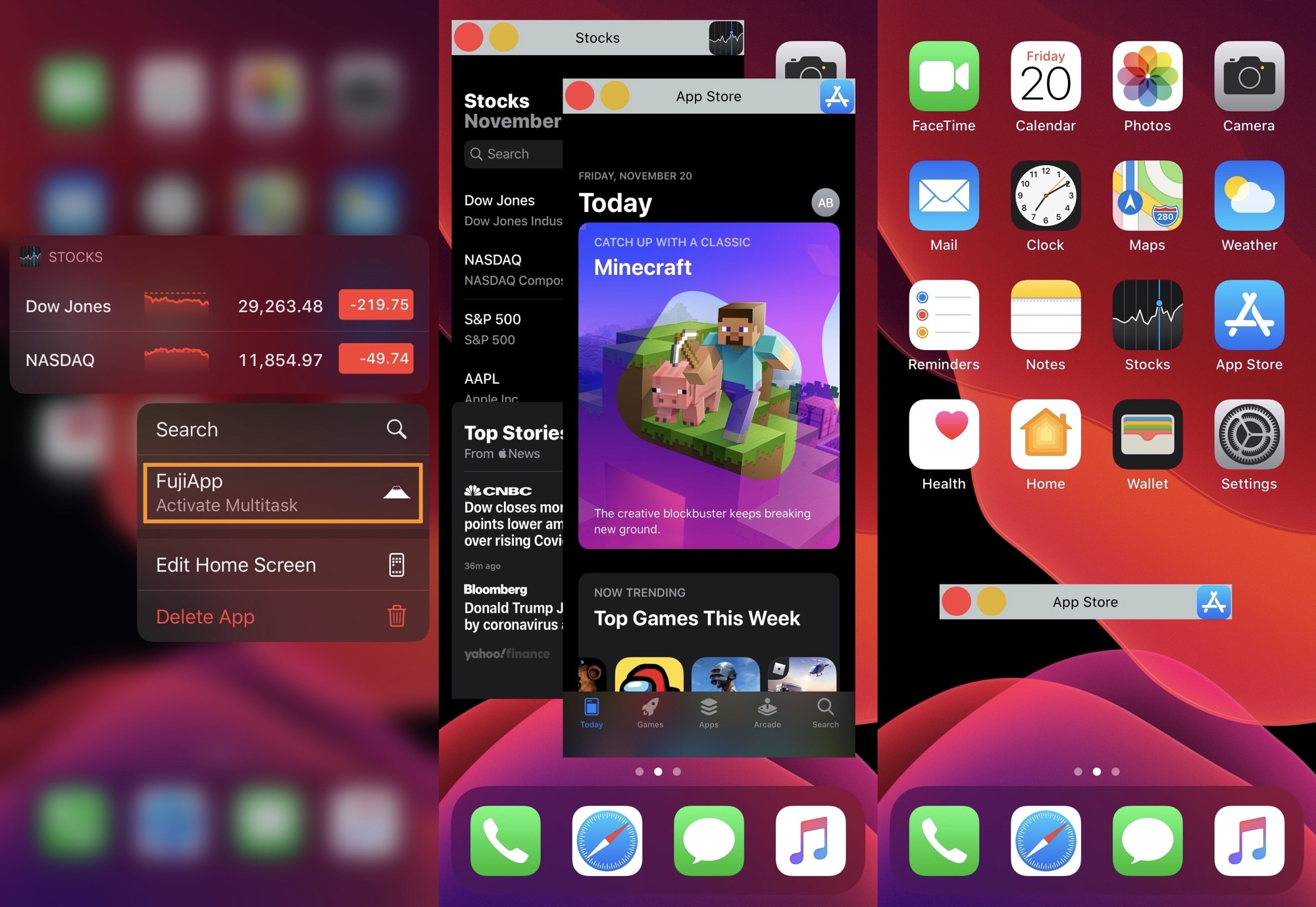 Apple has improved the multitasking experience on the iPad by leaps and bounds over the years – quite literally going from an iPhone-style App Switcher to side-by-side apps over the course of just a few years. But for whatever reason, multitasking on the iPhone still bestows upon users what some might consider to be a cumbersome experience.

Those wishing that they could simply run windowed applications on their iPhone just as they can on their Mac or Windows PC might take a liking to a newly released and free jailbreak tweak called Fuji by iOS developer dcsyhi, because as depicted in the series of screenshot examples above, that’s precisely what this tweak allows iPhone users to do.

Using Fuji is actually rather simple, requiring only that the user perform a 3D Touch or Haptic Touch gesture on an app icon via the Home Screen. From there, a new option called FujiApp presents itself, and tapping on it launches a minimized multitasking window for that app that can be closed, expanded, or moved around on the display to the user’s content.

It’s clear that the developer based the window design on macOS because of the colored window management buttons at top-left of the window. Perhaps unsurprisingly the red button closes the app, while the yellow one minimizes the app into a bar. You can also interact with each app independently of one another or drag the windows around on the display until satisfied. Obviously, the more windows you have open at any given time, the slower the device may perform, and newer devices fare better than older ones due to resource allotment.

Below, you’ll find a demonstration video of the tweak in action, kindly provided by the developer:

Once installed, Fuji adds a simple preference pane to the Settings app where users can toggle the tweak on or off on demand: 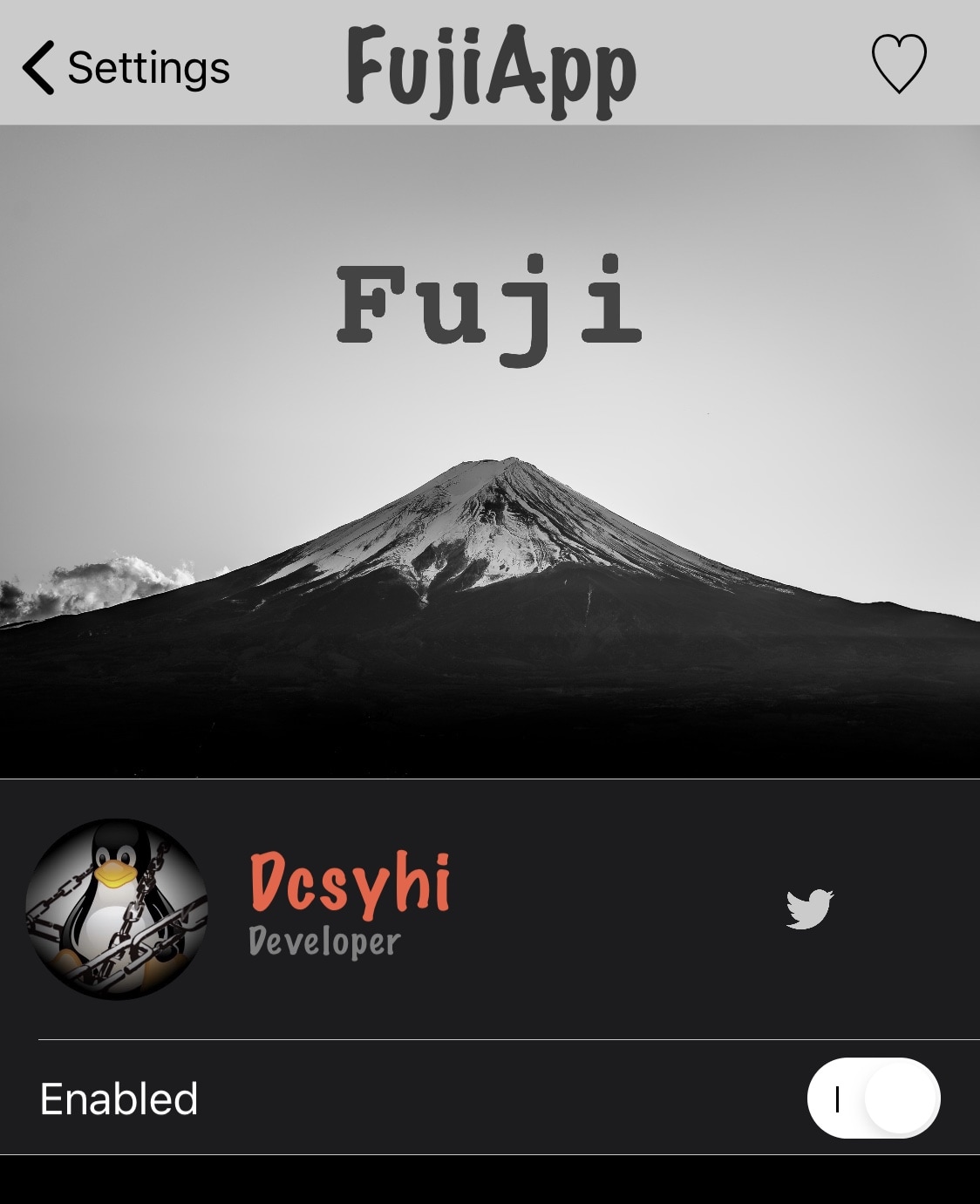 One thing worth noting, and this will probably be a bummer to a lot of users, is that Fuji doesn’t work as you’d expect it to in landscape orientation. Instead, it’s only designed to work in portrait orientation. Still, for a free tweak, we think this mishap is justifiable.

Those interested in upgrading their iPhone’s multitasking experience with the power of Fuji can download the tweak at no cost whatsoever from the Twickd repository via their favorite package manager. Fuji supports jailbroken iOS 13 and 14 devices.

Do you plan to go hands-on with Fuji on your jailbroken handset? Discuss why or why not in the comments below.