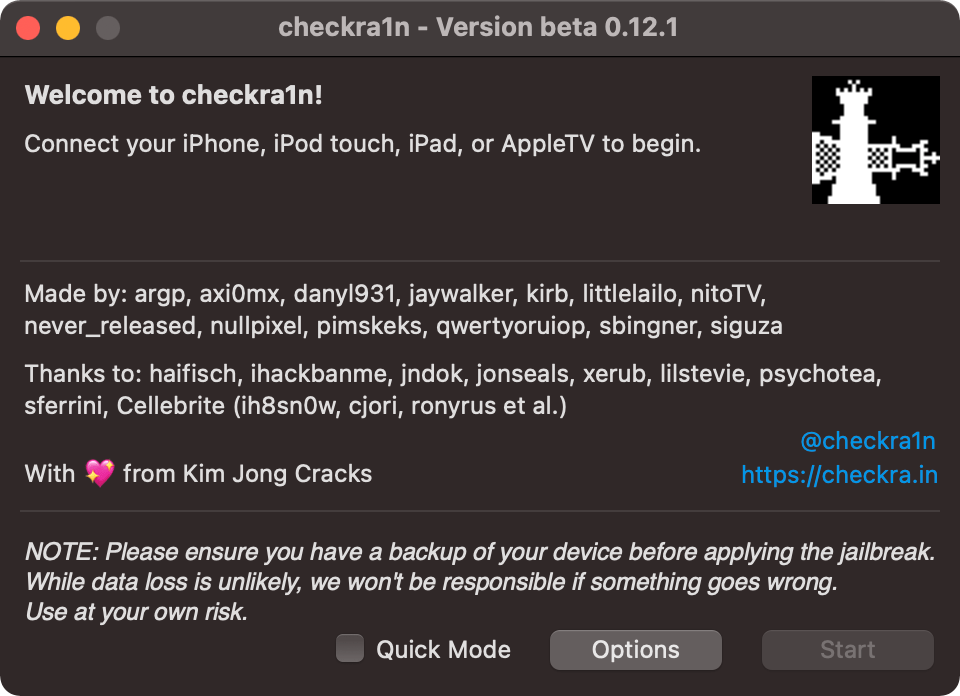 Hot off the heels of everything going on with the Odyssey jailbreak and the newly released exploit for iOS 13.5.1-13.7, the checkra1n team seemingly appeared from out of nowhere Friday evening with an unexpected update for its bootrom exploit-powered jailbreak tool, checkra1n.

The checkra1n team announced the release of the new update, dubbed version 0.12.1, via Twitter just minutes ago: 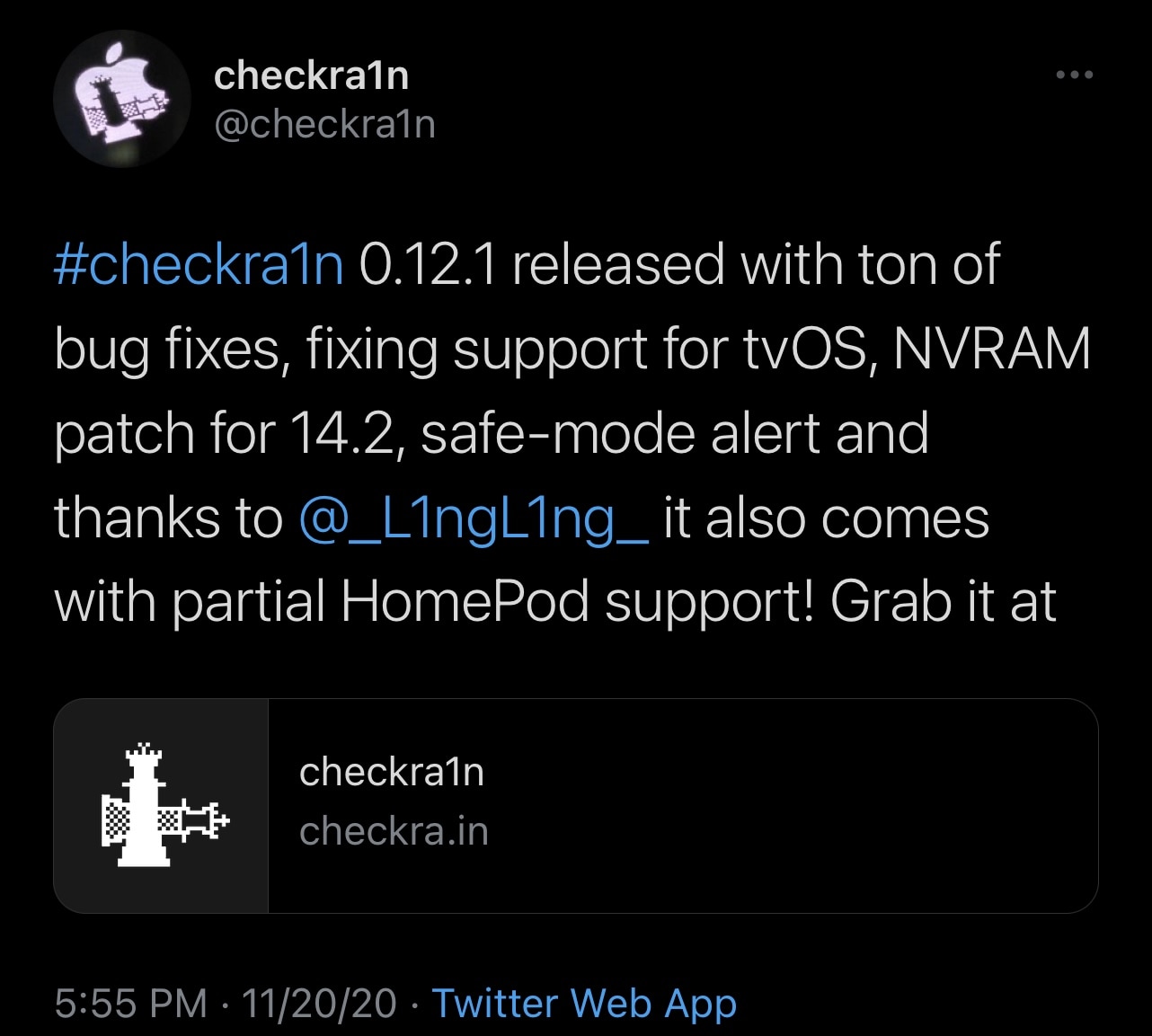 Citing the official change log for checkra1n v0.12.1, this release incorporates a short list of new features, as well as a variety of bug fixes. Those include:

– Adds an on-device alert to indicate checkra1n’s Safe Mode is active
– Partial support for the original HomePod (CLI only, tested to work with audioOS 13 and 14)

– Fixes an issue that would often cause Safe Mode to be entered on iOS 14.2 regardless of whether the user requested it or not
– Safe Mode no longer loads 3rd-party LaunchDaemons
– NVRAM is now unlocked on iOS 14.2 as well
– Fixes an issue where jailbreaking an Apple TV fail on fresh tvOS installations
– Fixes dropbear on bridgeOS so that SSH should now always work
– The bundled dd binary now has the entitlement required to access block devices
– Fixes multiple memory leaks in early-boot binaries
– Changes some GUI internals that should reduce the chance of exploit failure and GUI hiccups

Perhaps the most substantial change in this update is the addition of an on-device alert that lets the user know when checkra1n’s built-in Safe Mode mechanism has been triggered. Another thing worth noting is that the update adds partial (CLI-only) support for the original HomePod, which the checkra1n team teased via Twitter earlier in the week.

New users can download the updated checkra1n jailbreak tool from the official checkra.in website. Even if you’re already using the checkra1n jailbreak, it still wouldn’t hurt to download and deploy the latest version to ensure that you take advantage of the latest features and improvements as they roll off of the assembly line.

If you need help using checkra1n, then you can follow the steps in our detailed tutorial showcasing how to use it to jailbreak.

Have you downloaded and used the latest version of checkra1n yet? Let us know down in the comments section below.