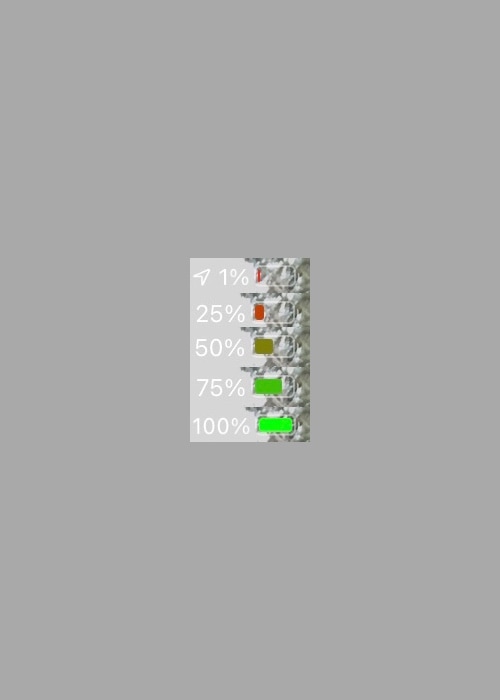 Apple makes it easy to discern the state of your iPhone’s battery, not only with a convenient icon in the Status Bar that depicts the current charge level, but also with unique colors that hint about its current condition. For example, a green battery icon indicates a good charge, while a yellow battery icon means that Low Power Mode is turned on and a red battery icon suggests a low charge.

Apple has used the same colors to depict battery states for as long as I can remember, and so it tends to be somewhat monotonous. Fortunately, a newly released and free jailbreak tweak dubbed Eliza by iOS developer WilsontheWolf provides the Status Bar’s battery icon with a wider range of colors to help it express your current battery state.

As you might come to expect, Eliza applies its wide array of colors to the Status Bar’s battery icon based on certain charge levels. Various examples are depicted in the screenshot above. Here’s a rundown:

The tweak doesn’t use a battery percentage threshold system like Apple does, but instead dynamically adjusts the color by a seemingly negligible amount with each battery percentage change. You might not even notice the color changes unless you experience severe battery drain or fast battery charging on your device. It’s that smooth…

One thing worth noting is that Eliza overrides the yellow Low Power Mode battery icon, which makes it more difficult to discern if you have Low Power Mode turned on. I for one don’t really like this, but I’m hopeful that I’ll either get used to the change or that the developer will fix this grievance in a future update.

Eliza doesn’t come with any options to configure at this time, so what you see is basically what you get. In the /r/jailbreak release thread, the developer notes that options will come in a future update. While we don’t know exactly what options are coming, some users have suggested the ability to choose custom colors.

Those interested in giving Eliza a try may download the tweak for free from the WilsontheWolf’s repository via their favorite package manager. The tweak supports jailbroken iOS 13 and 14 devices.

If you aren’t already using WilsontheWolf’s repository, then you can add it your package manager of choice by using the following URL:

Do you plan to take advantage of Eliza for a more colorful Status Bar battery icon experience? Let us know why or why not in the comments section down below.