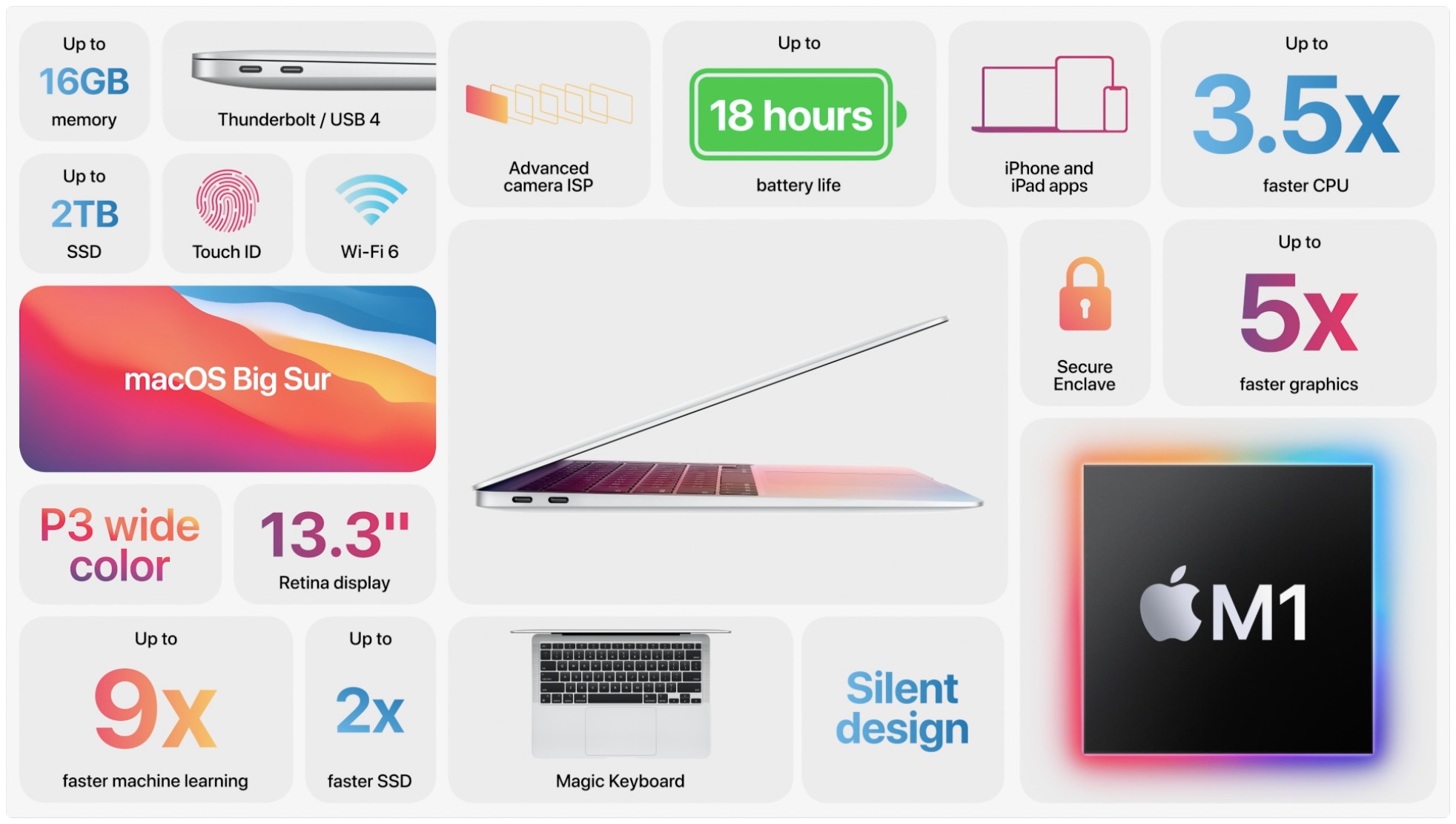 Just how much faster Apple’s new M1 chip is when pitted against its Intel silicon counterparts? Well, someone with access to Apple’s new M1-powered Macs submitted alleged Geekbench 5 scores showing the chip outperforming every Mac ever made in single-core performance.

The first benchmark shows a MacBook Air running an Apple M1 chip with a base clock frequency of 3.2 GHz, featuring 8GB of RAM. The machine achieved a single-core score of 1,687 and a multi-core score of 7,433. How do these numbers compare to existing devices?

MacRumors has the answer:

What really blows my mind is the single-core performance. In comparison to Macs, the new MacBook Air delivers faster single-core performance than any other available Mac. It also beats out the high-end 16-inch MacBook Pro configuration powered by Intel’s tenth-generation 2.4GHz Intel Core i9 processor (single-core: 1,096; multi-core: 6,870).

I’d like to underscore the importance of single-core scores over multi-core performance. While multi-threaded computing is crucial in the most demanding tasks like editing multiple 4K video streams or composing layered music, most of the experience of average users revolves around single-core computing. That is, most of the everyday tasks run on a single CPU core and the operating system allocates multiple tasks across the available cores. 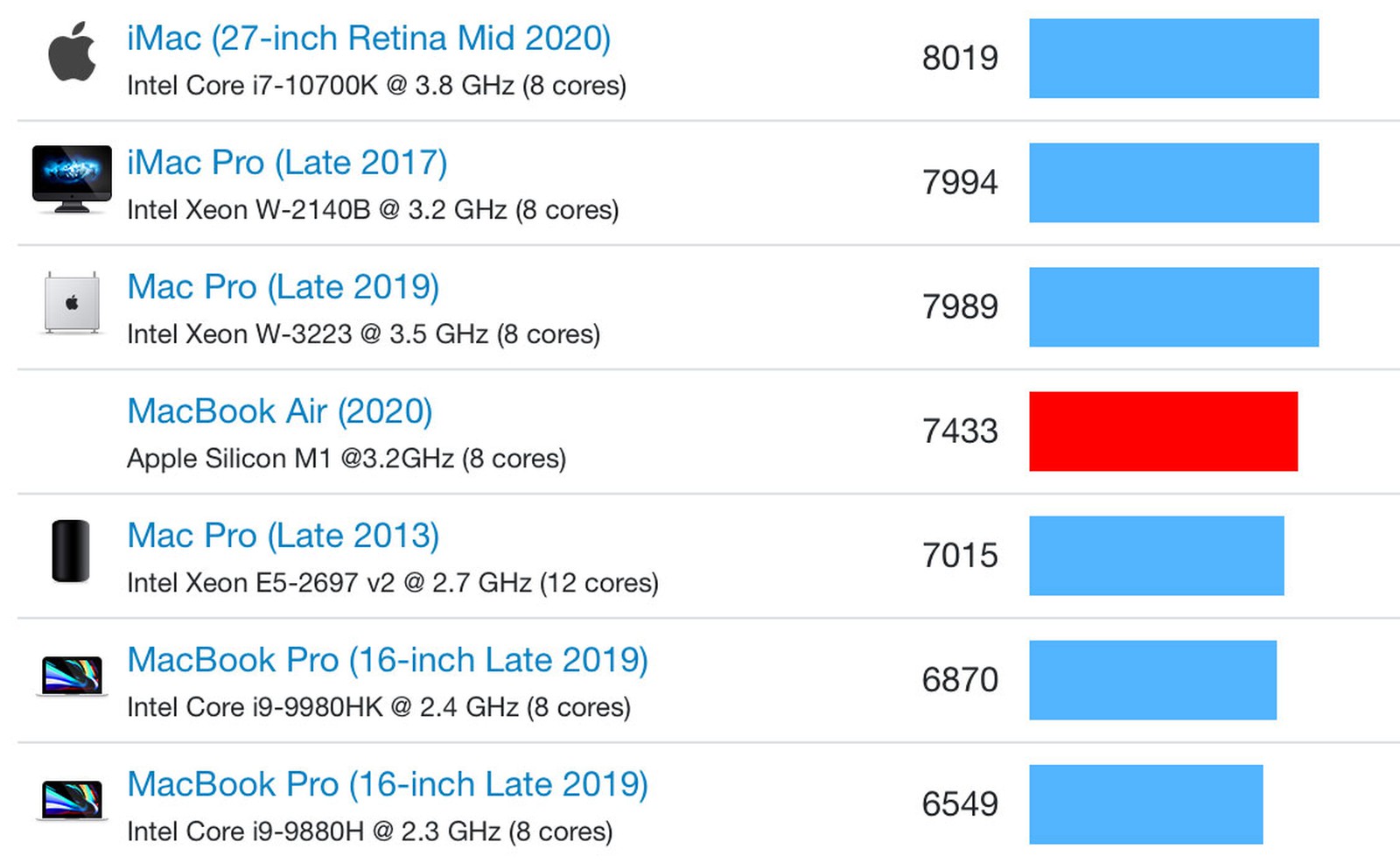 The M1 chip has four high-performance cores that fire up when performing resource-intensive operations, including playing a demanding game or running video analysis. Besides, it includes an additional four low-power cores that Apple claims deliver comparable performance as the current Intel chips in the previous Macs while consuming one-tenth of the power.

Apple’s invested in single-core computing when it comes to its own chips so small wonder fruits of that labor really show now that we’re getting our first Geekbench scores for the chip.