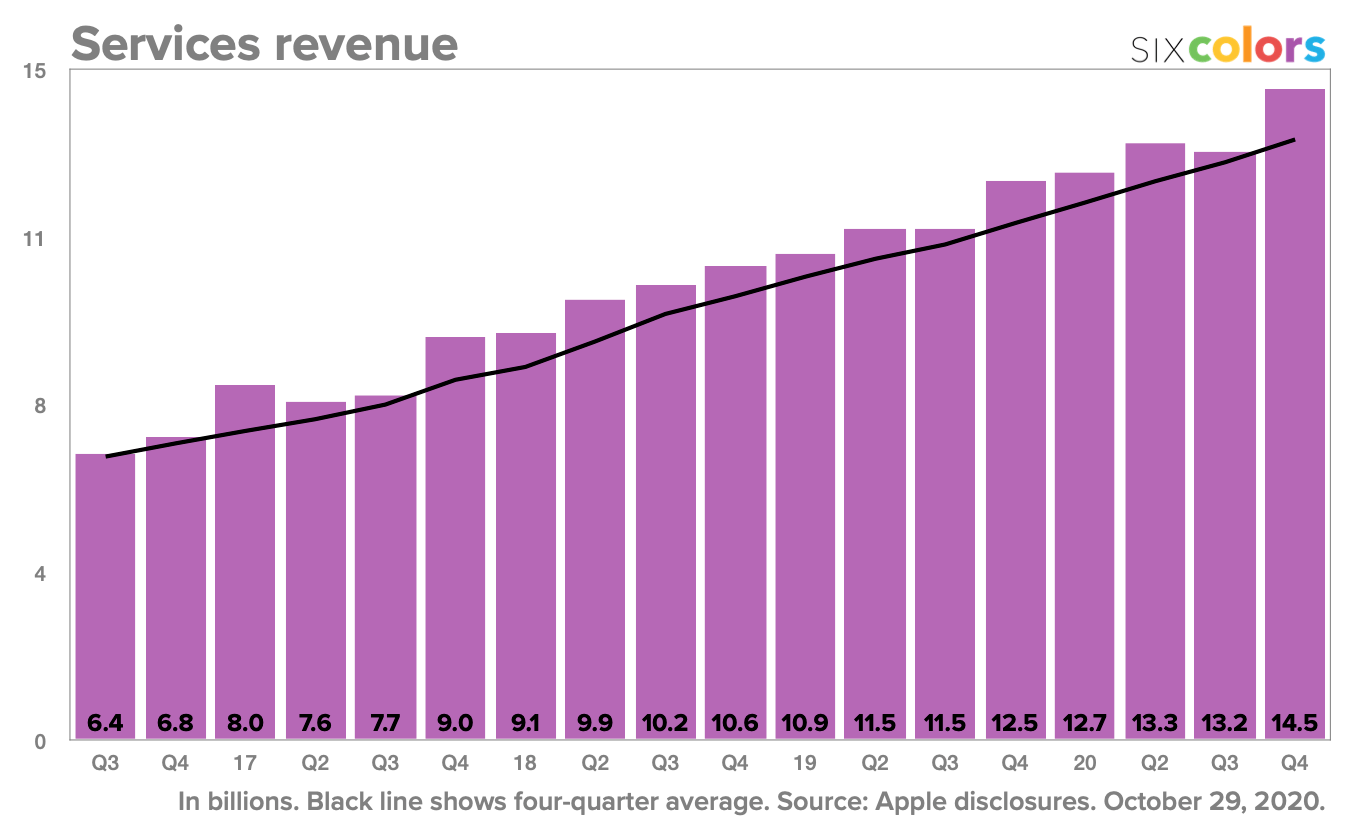 Apple’s Services segment has raked in $14.5 billion in the September quarter revenue versus the $12.5 billion in the year-ago quarter. The Cupertino technology giant revealed on the call that it’s on track to pass 600 million paid subscribers by the end of the calendar year 2020.

Services in all regions were at an all-time high during the September quarter, Apple said. The company set new records in subsegments such as the App Store, iCloud, Apple Music, advertising and payment services.

Year-over-year, Apple’s number of paid subscribers grew by 135 million, representing about 25 percent growth since the year-ago period. Additionally, Apple said it is on track to ‘reach and exceed’ its increased subscriber target of 600 million paid subscribers by the end of the calendar year 2020.

Cook added that Apple leadership is “quite confident about projection.” 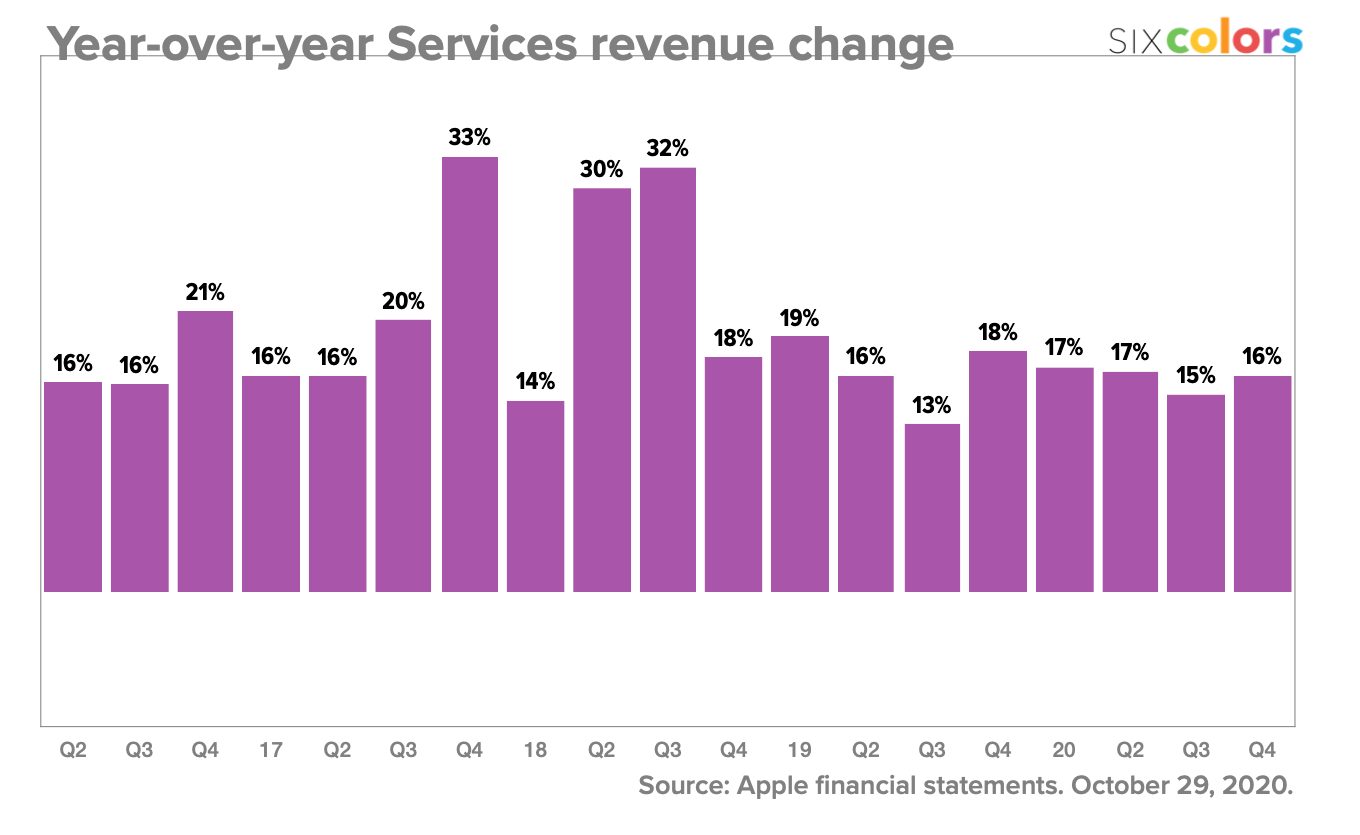 The chief executive revealed that the Apple One services bundle is launching Friday, October 30, while a new Apple Fitness+ subscription service is arriving later in the year.

One reason Apple has been able to grow the Services segment at such a sustainable rate is the sheer number of active iOS devices in the wild. According to reliable Apple analyst Neil Cybart of Above Avalon, a billion people now have iPhones. “According to my estimate, Apple passed the billion iPhone users milestone last month,” he said. “Thirteen years after going on sale, the iPhone remains the perennial most popular and best-selling smartphone.”

When you have such a deep pool of customers who own your gadgets, and a versatile services business that includes many different offerings, it’s easier to generate those numbers than with a much smaller installed base. In addition to the Services segment, Apple also saw its Mac business grow at a surprising clip, pulling in $9.03 billion in revenue during the September quarter, filing as the biggest quarter for the Mac up to this point.