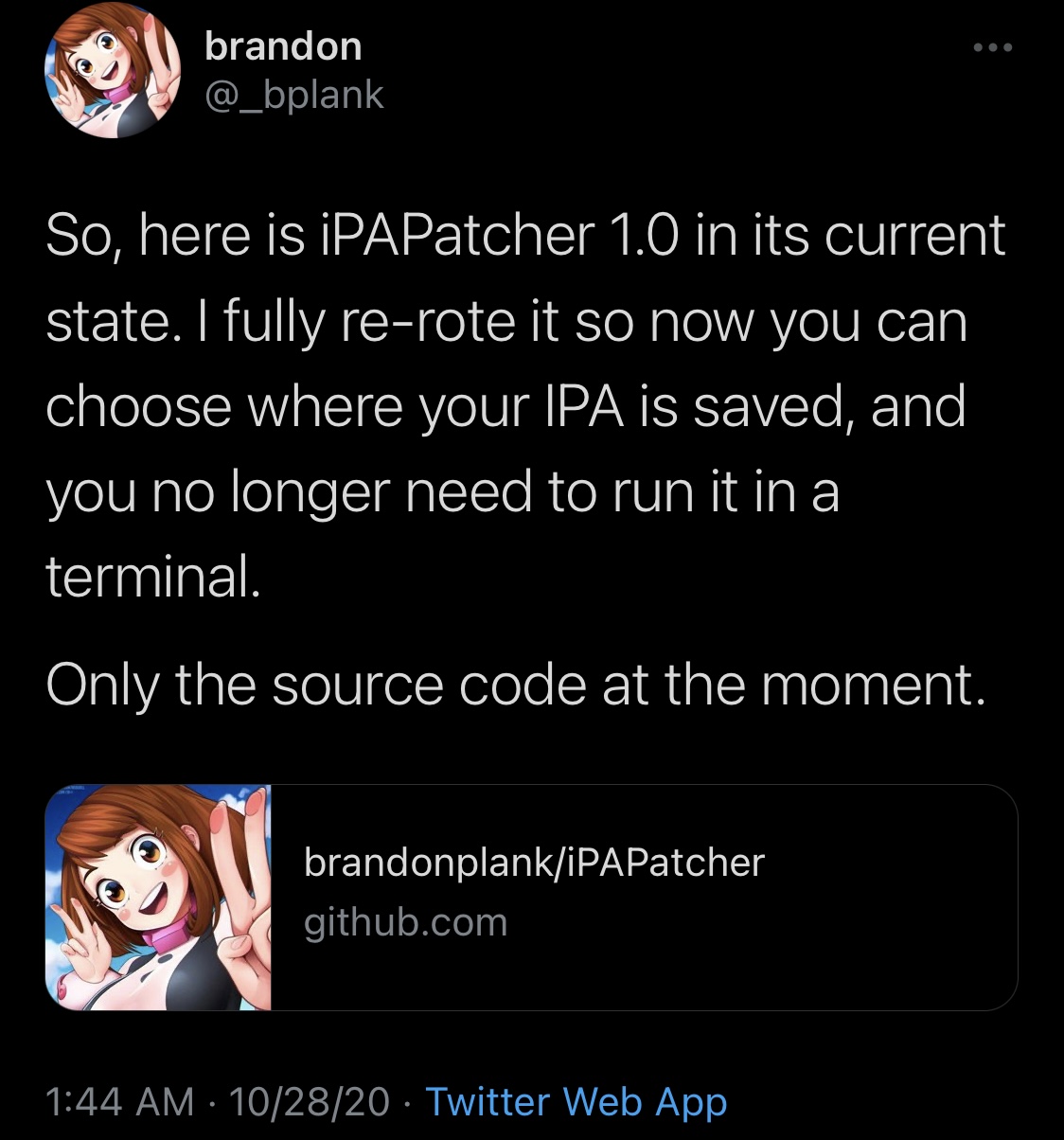 Just under two weeks ago, developer Brandon Plank launched a beta macOS app dubbed iPAPatcher that allowed users to merge Dynamic Libraries (dylib) or jailbreak tweaks (.deb files) with iPhone or iPad apps (.ipa files) before installing them on a handset of your choosing. In essence, one might describe it as akin to enabling hacks and perks in your favorite apps without the need for a jailbreak.

As of this week, however, iPAPatcher is officially coming out of beta. The source code of version 1.0 of this handy utility is now published on the developer’s GitHub page, and as you might come to expect, it comes with a plethora of improvements that benefit the end user.

As noted in a Tweet shared by Plank on Wednesday, iPAPatcher version 1.0 has been fully re-written to provide users with a way to choose where their modified .ipa file will be saved. Furthermore, you will no longer need to run the process in a Terminal.

So what’s possible with iPAPatcher? For instance, one could merge popular apps like Instagram or YouTube with the .deb files of popular jailbreak tweaks and then side-load the modified result on their iPhone or iPad with AltStore or Xcode. The software certainly isn’t limited to these two apps, however you’ll need a tweak specifically made for the app you plan to modify, otherwise it may not work as expected.

Those interested in checking out the latest version of iPAPatcher can visit Brandon Plank’s GitHub repository. At this time, only the source code is available, but a downloadable app should be made available soon. You may also want to follow Plank on Twitter via @_bplank to receive all the latest updates as they happen.

Have you started modifying your apps with iPAPatcher yet? Let us know why or why not in the comments section below.