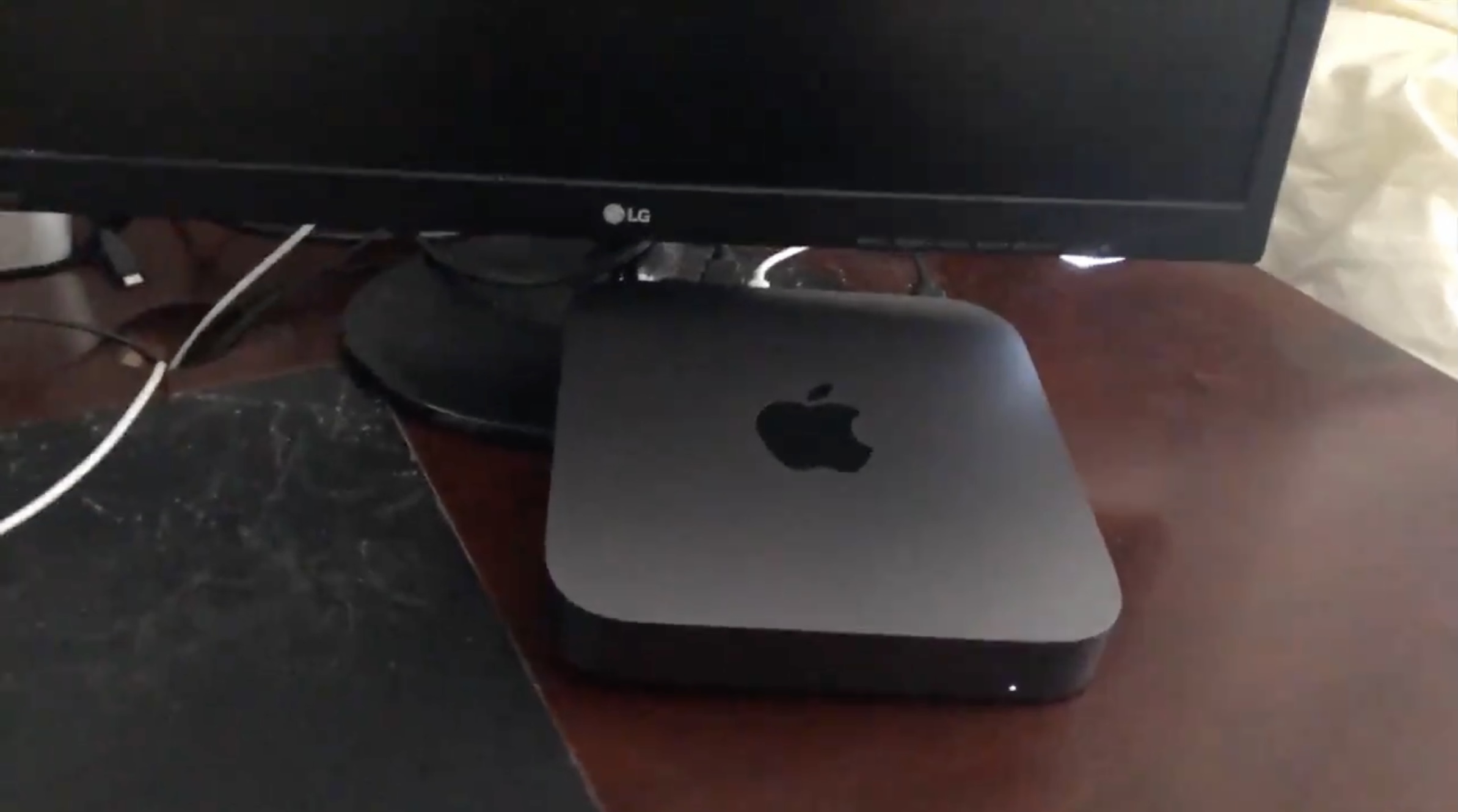 One of the things that makes the checkra1n jailbreak unique is that it’s bootrom-based, which means that it’s able to jailbreak any hardware vulnerable to the checkm8 bootrom exploit. This includes iPhones, iPads, Apple TVs, and even the T2 chip that many modern Mac computers now come equipped with from the factory.

It wasn’t long ago that the checkra1n team baked official support for the T2 chip into their jailbreak tool, and as such, it may come as no surprise that some of the first T2-based hacks are beginning to trickle in. One of the latest of such hacks apparently involves modifying a T2 chip-equipped Mac Mini to play the infamous THX sound during boot-up:

As requested by @s1guza , here's the Mac mini with the THX startup chime! #checkra1n #jailbreak pic.twitter.com/60tG9LMIBp

This isn’t the first time we’ve witnessed a Mac’s startup sound being modified with the checkra1n jailbreak tool; another example occurred just under two weeks ago when the now-suspended @zerishpho Twitter account shared a video of a T2-equipped MacBook booting up with the PSP boot tone.

Custom boot-up sounds might be one of the most appealing reasons to jailbreak a Mac’s T2 chip to date. While modern Macs lack a boot-up sound out of the box, all Macs used to come with one from the factory. This used to be one of the most distinguishable features of an Apple-branded computer before it was nixed, and thanks to checkra1n, Mac users can not only bring it back, but apply a custom sound of their own if they don’t like the stock one.

In a separate and unrelated demonstration, hackers showed off PlugNPwn, an attack that could target USB-C- equipped Macs that are regularly plugged into arbitrary USB-C ports for charging. While the story focused primarily on the sentiment that users should be mindful about what they plug their USB-C-equipped Mac into, it’s also worth noting that the hackers displayed a custom boot-up image.

The aforementioned note indicates that checkra1n may not just be able to modify a Mac’s boot-up sound, but also the boot-up image, replacing the plain black screen and white apple with something that might be more appealing to the user.

It will indeed be interesting to see whether user-friendly means of modifying the aforementioned parameters become available to the general public anytime soon. For now, it’s only recommended for those who are familiar with the process.

Are you excited about the latest Mac-centric demonstrations made possible with the checkra1n jailbreak? Discuss in the comments section below.