Is the notch on the iPhone 12 going to be smaller? The rumor mill has gone back and forth with the possibility for months. But the iCloud website may have put the questions to rests ahead of Apple’s upcoming event.

As noted today by @AppleSWUpdates, and shared on Twitter, icons for the iPhone 12 on Apple’s iCloud website have suggested the new handset will indeed have a slightly smaller notch. Apple has apparently updated the iCloud website to show the iPhone 12 for the iPhone’s icon on the site. The images themselves aren’t great, they are pretty low resolution, but 9to5Mac was able to glean some differences.

Apple updated the server-side for the iCloud website today, and added four new iPhone icons. According to @AppleSWUpdates those new additions are: iPhone 13,1; iPhone 13,2; iPhone 13,3; and iPhone 13,4. The iPhone SE (2020) has an iPhone identifier of iPhone 12,8. This does tell us these are for new iPhones, and, most importantly, that Apple’s going to announce four new phones tomorrow.

Comparing the iPhone XR and the iPhone 12’s notches indicates a difference. A small one, yes, but a difference in that the newer iPhone’s notch will be smaller: 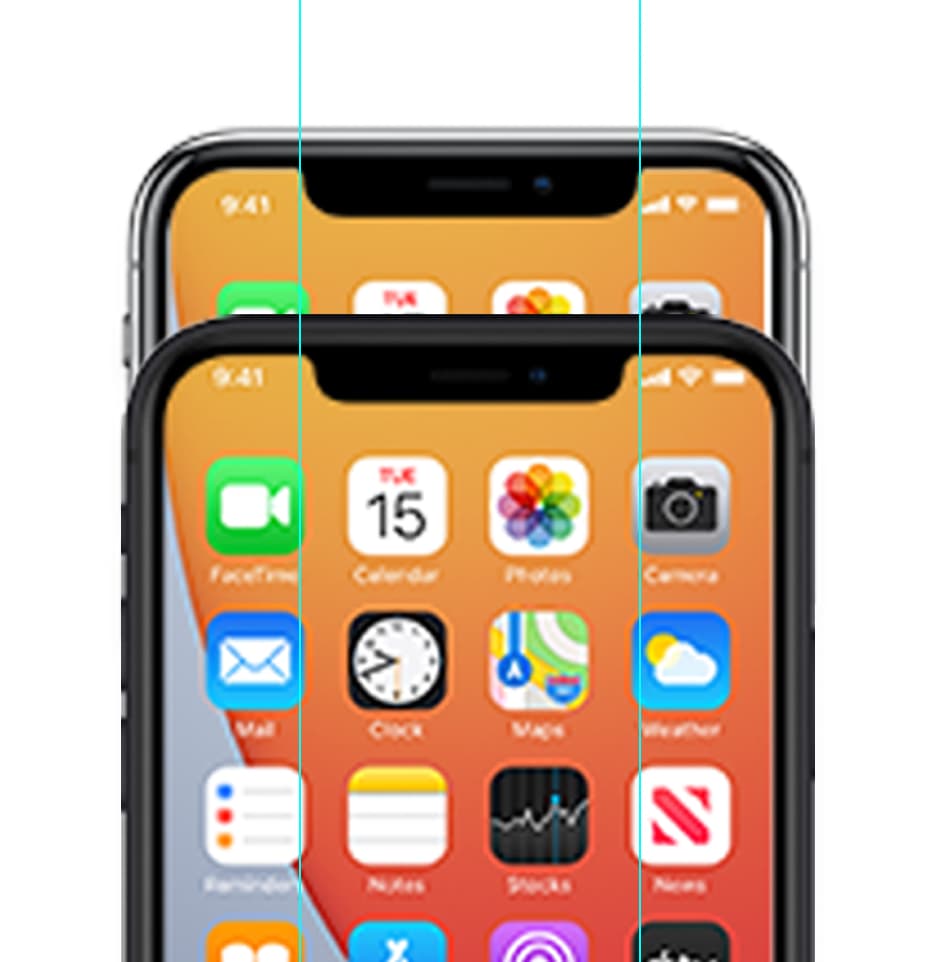 It isn’t a considerable difference. It’s small enough, in fact, that Apple may not even say anything about the design change. However, if Apple wanted to they could definitely make it a selling point to help move units of its smallest iPhone for 2020. Especially if they lean into this being the first step of future changes for the other models, too.

In any event, we’ll probably know one way or another tomorrow, October 13. Apple’s “Hi, Speed” event is set to start at 10:00 AM PDT/1:00 PM EDT, and we’ll more than likely see the iPhone 12 lineup be officially unveiled.

And let’s not forget that there are already rumors the iPhone 13 will have a “shorter” notch, too.

Are you hoping Apple starts to shrink the notch?