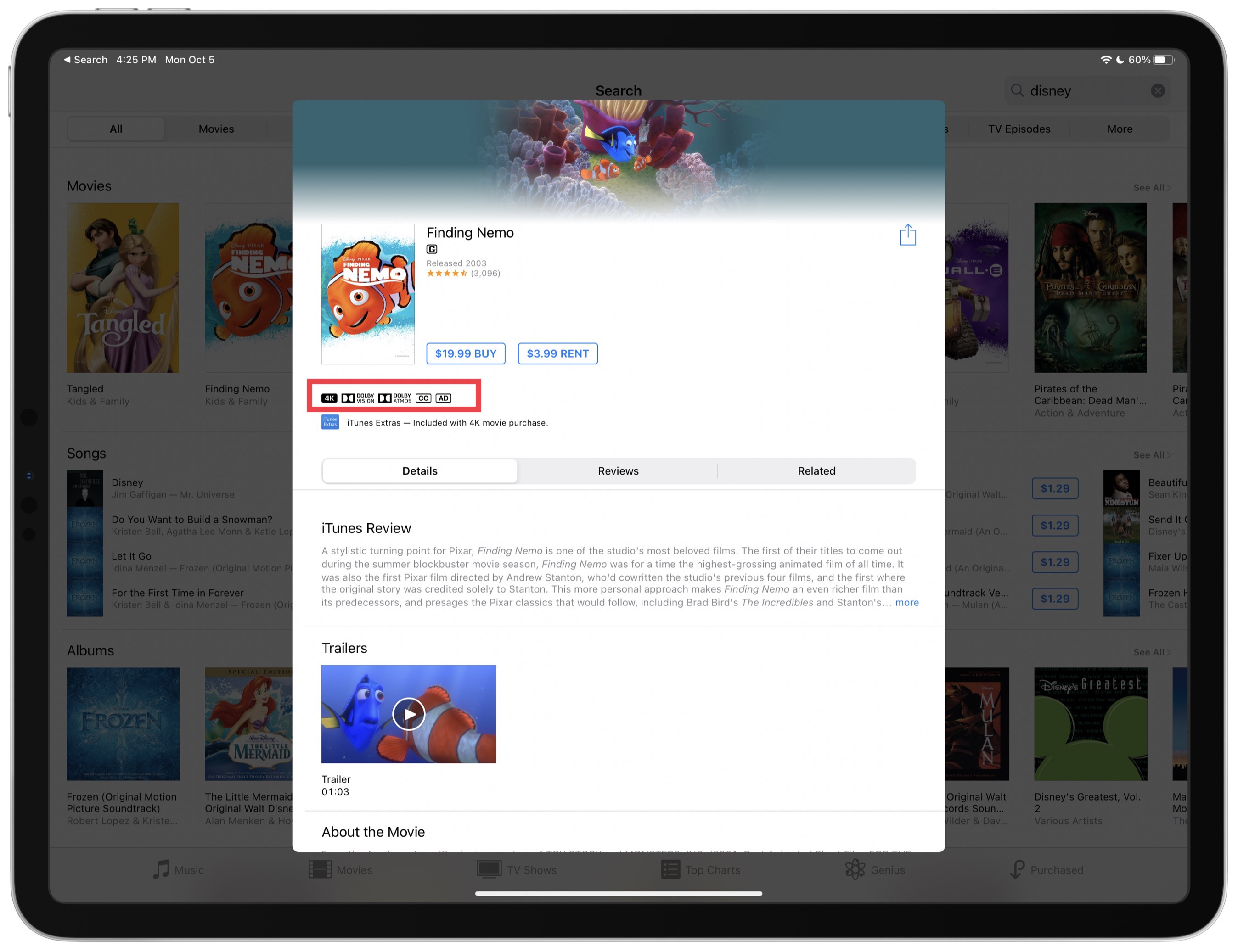 Many Disney movies that are available to rent and purchase through the iTunes Store have been upgraded to 4K resolution and HDR color at no additional charge.

Any existing Disney purchase in HD is now available in 4K for free. Like with other video content sold on the iTunes Store, Apple also doesn’t charge extra for new 4K purchases — they cost the same as their HD counterparts. The change is visible on the iTunes Store in the US and Canada. Other regions will see these 4K HDR updates once the changes have propagated.

→ How to change streaming and download quality in the TV app

Not all Disney shows and movies were upgraded to 4K HDR at the time of this writing. A quick scan reveals that Disney’s most important properties that are now available in 4K HDR on the iTunes Store include the “Star Wars” content, Pixar hits like “Toy Story”, “Cars” and “Toy Story”. Some but not all Marvel movies have received the free resolution bump as well.

To check if your favorite Disney movie comes in 4K HDR, launch the iTunes Store app on your iOS device or Apple TV, then use the search function to find a movie you like. Once on its landing page, you should see labels indicating that it’s available in 4K resolution and in higher dynamic color range (Dolby Vision, HDR and so forth).

Before releasing the Apple TV 4K media streamer with 4K video output back in 2017, Apple went ahead and upgraded the vast majority of movies on the iTunes Store to 4K HDR without charging extra. The only notable holdout was Disney.

Little did we know at the time why that was the case. In hindsight, it’s clear that Disney was saving 4K HDR for its own video-streaming service, Disney+, which launched a year ago.