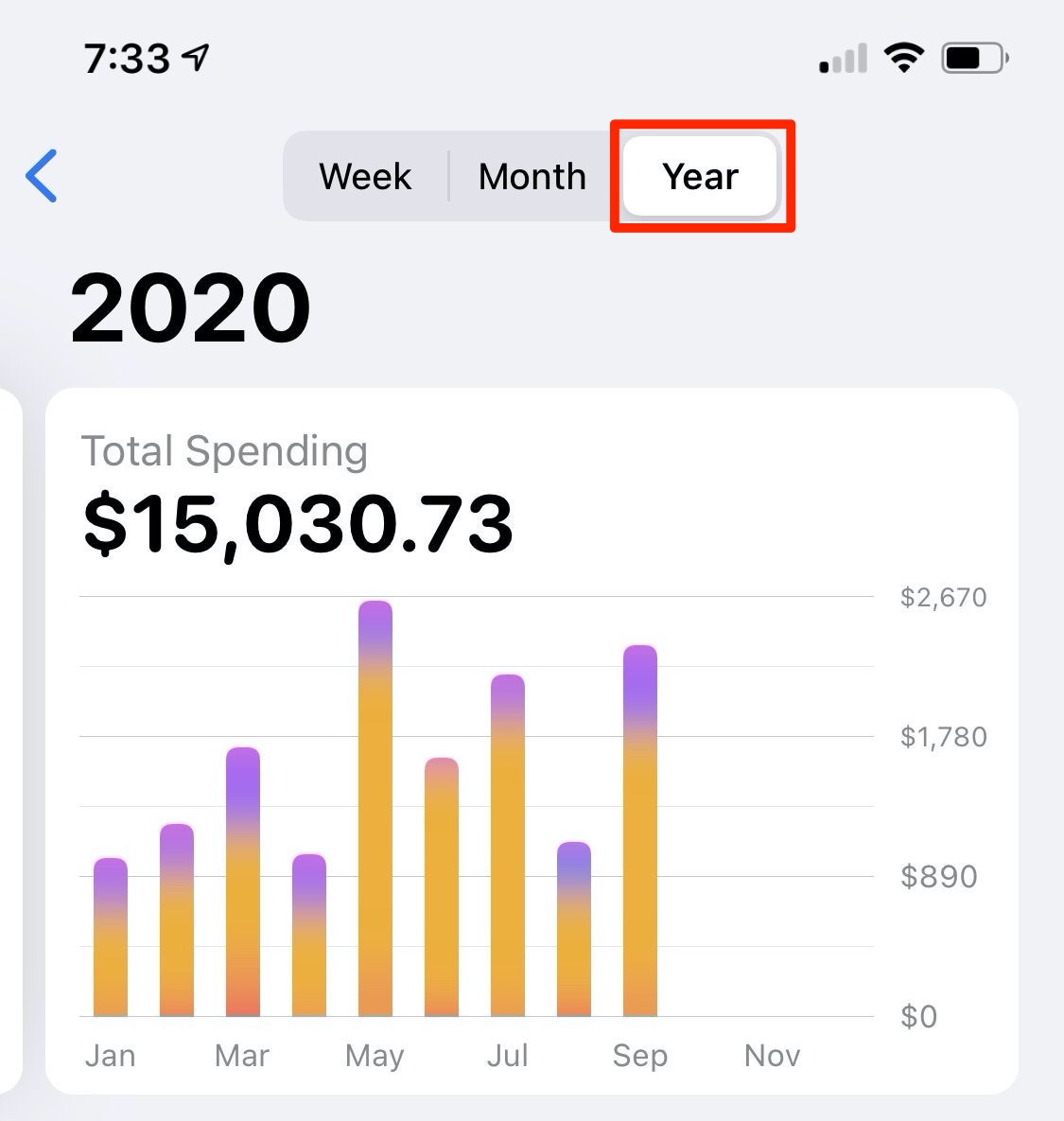 iOS 14.2 brings a Yearly Activity option for the Apple Card. It’s available under the Activity view in the upcoming iOS 14.2 update, having appeared in the second beta that dropped yesterday.

Apple Card spending activity was previously limited to weekly or monthly summaries. The new option can be accessed by opening the Wallet app, tapping on the Apple Card and tapping on the Activity bars below Card Balance. As of the second developer beta of iOS 14.2, there are now three tabs at the top for Week, Month and Year overviews. The yearly summary also shows how much Daily Cash a user has earned with the Apple Card within the current calendar year.

The Apple Card is currently limited to the United States.

However, there are hints suggesting Apple might be gearing up to launch the Apple Card in international markets. And as talk of Apple Card expansion ramps up, the Cupertino company and Barclays have recently stopped issuing the Apple Rewards Visa card.

iOS 14.2 also brings a new Control Center option for Shazam that makes launching music recognition much easier. Furthermore, the feature can now even recognize music while you’re listening to it on your AirPods. The Now Playing widget in Control Center has been redesigned in iOS 14.2 to indicate recently played music when nothing is currently playing.