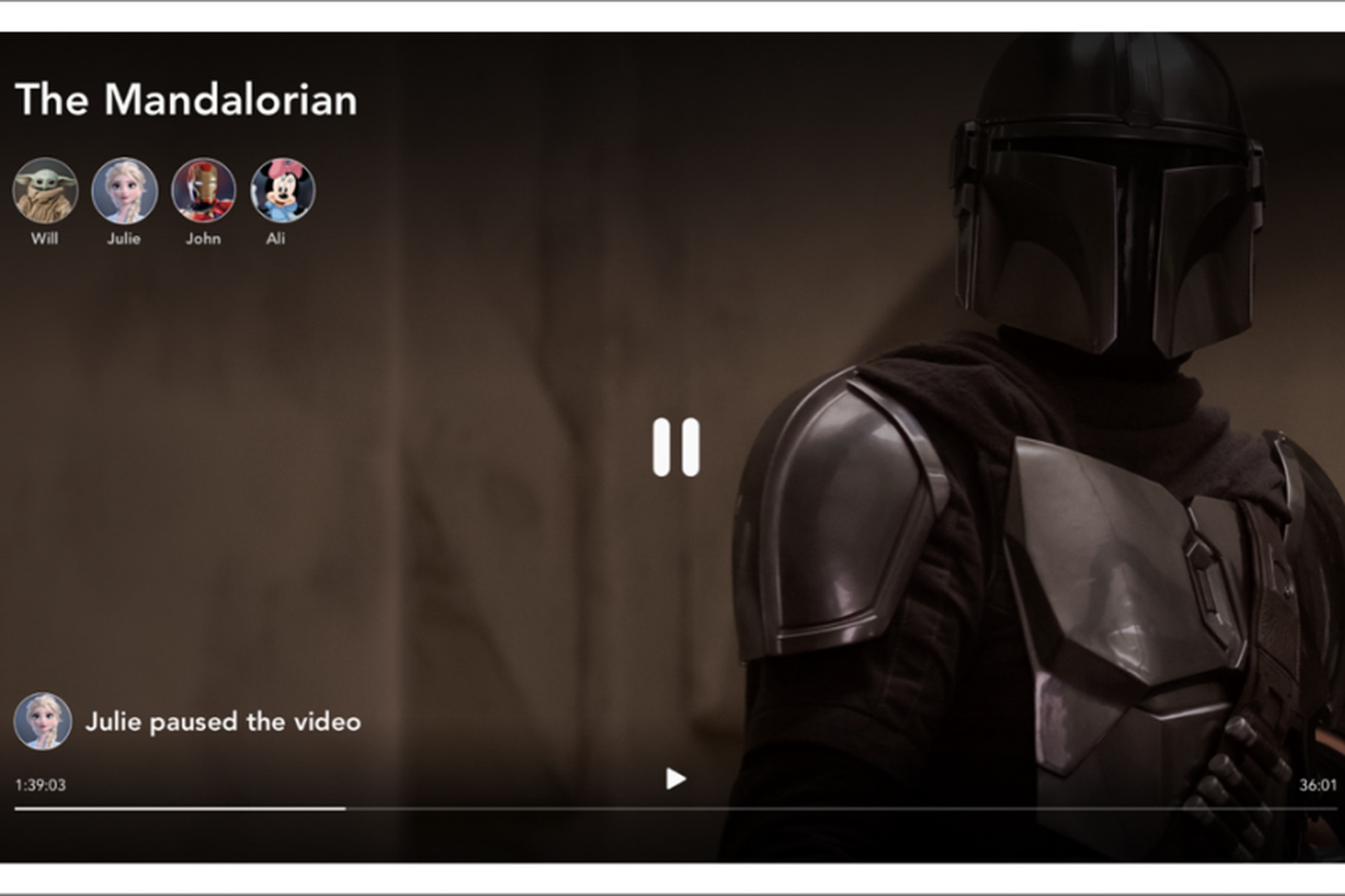 Earlier this month, it was revealed that Disney+ was testing a party watch feature called GroupWatch. The test was limited, though, and availability only present in Canada.

But Disney‘s goal was always a wider launch, and sometime in the fall, according to that initial report. Turns out the wait is over, as The Verge is reporting that the GroupWatch feature is now rolling out to all Disney+ subscribers in the United States. Like other party watch features, GroupWatch lets someone start a private viewing party with other people.

In this case, GroupWatch supports up to seven people watching the same content on the streaming service at the same time. All seven accounts accessing GroupWatch need to have an active Disney+ subscription, too. GroupWatch is available on devices like Roku and Amazon Fire TV, as well as mobile, smart TVs, and on the web.

GroupWatch will have emoji that viewers can send during scenes to give it more interactivity. Those options include “funny”, “sad”, “surprised”, and others. Viewers will also be able to control media playback, including pausing content, fast forwarding, and rewinding.

GroupWatch should become available for all U.S. Disney+ customers shortly. Meanwhile, the original report says that for customers in Europe, GroupWatch will be rolling out there later this fall.

Are you planning on trying out GroupWatch once it becomes available to you?