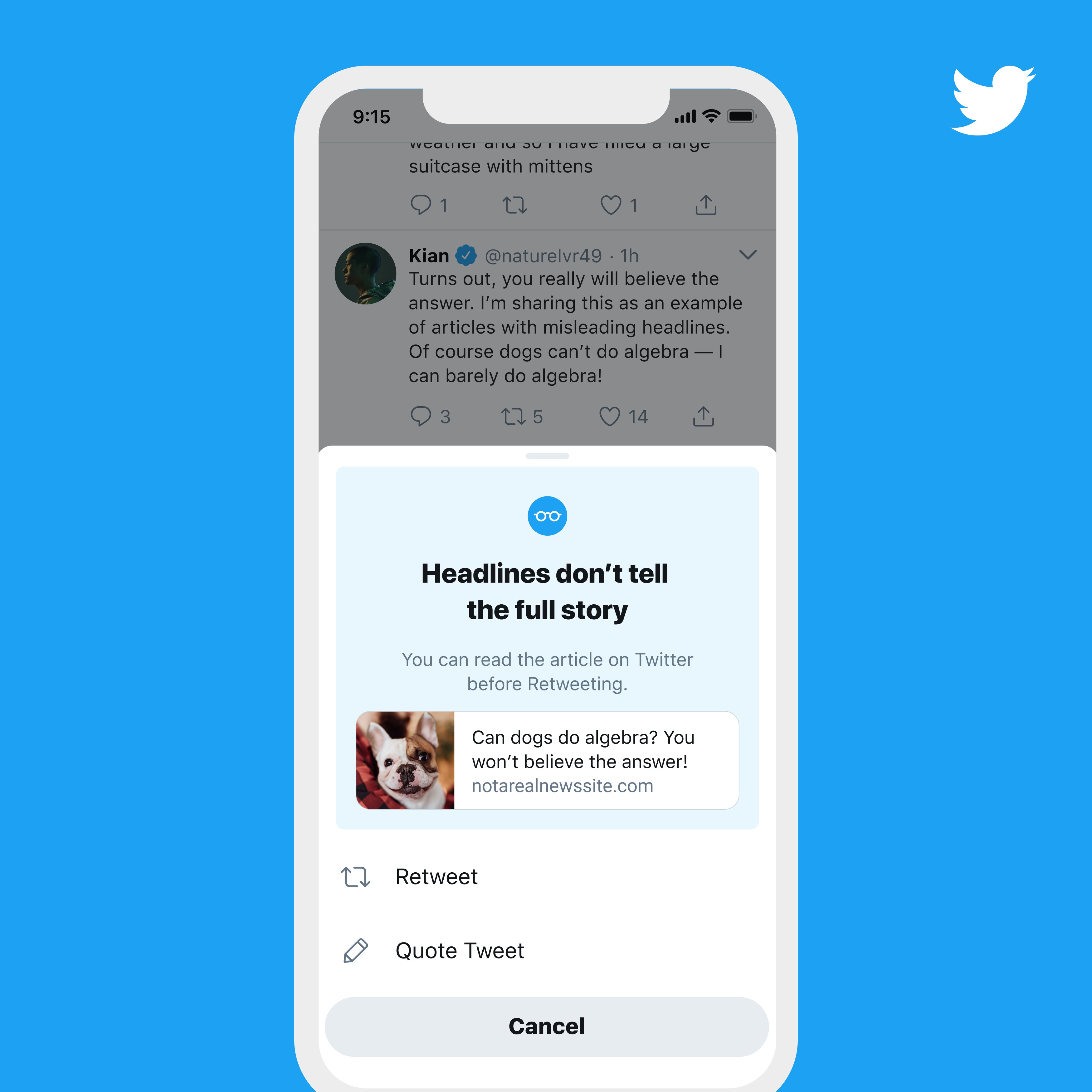 Twitter’s “read the article before you retweet it” prompt has been in testing with a limited number of Android users since this May. The feature appears to be ready for prime time as the company has now confirmed that it’s “soon” coming to all users.

According to people who have been testing this feature, via The Verge, this handy prompt automatically appears when the user attempts to share an article on Twitter that they haven’t clicked through to actually read. Twitter wants to fight misinformation, “help promote informed discussion” and raise awareness that retweeting without reading isn’t a good idea.

According to the company, they’re currently working on making the prompt smaller after you’ve seen it once “because we get that you get it”. The engineering team is working on bringing these prompts to “everyone globally soon,” according to the announcement.

📰 More reading – people open articles 40% more often after seeing the prompt
📰 More informed Tweeting – people opening articles before RTing increased by 33%
📰 Some people didn’t end up RTing after opening the article – which is fine! Some Tweets are
best left in drafts 😏

The test, available in Twitter’s beta for Android, has yielded encouraging stats. For instance, the prompt has prompted (pun intended) people to open articles 40 percent more often. In addition, the number of people opening articles before retweeting increased by 33 percent.