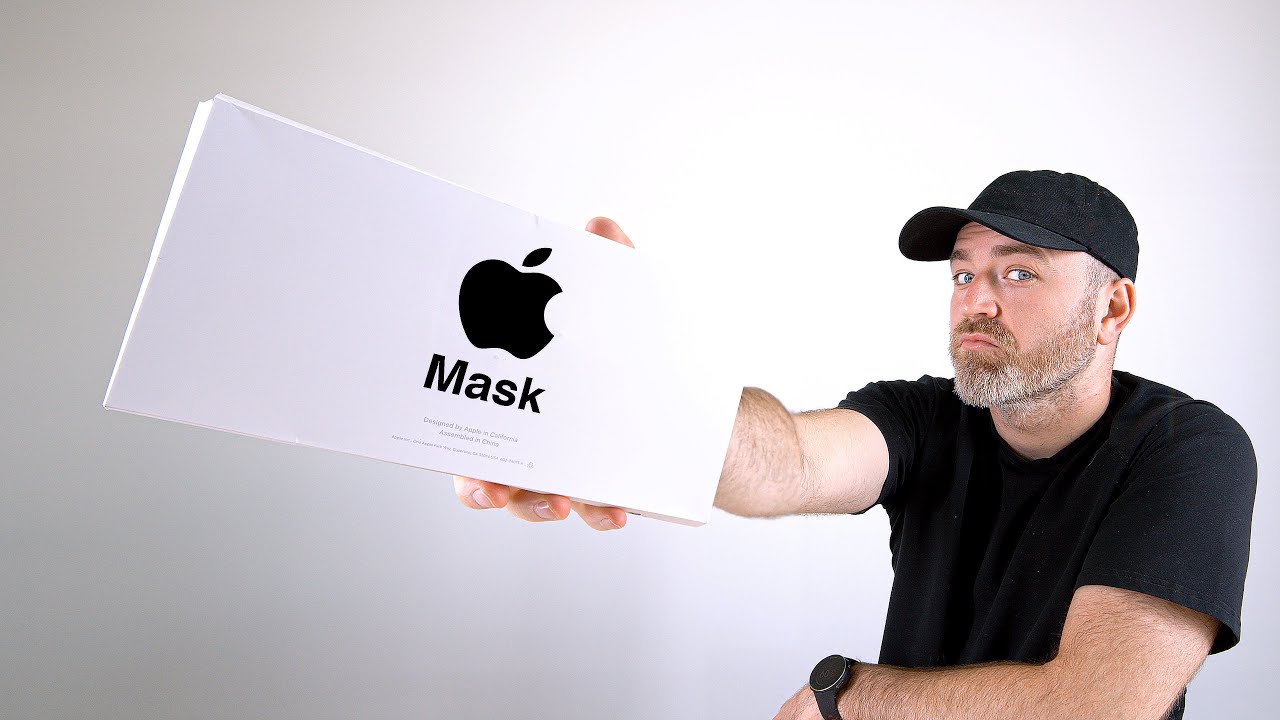 Earlier this month, it was reported that Apple designed its own face mask specifically for corporate and retail employees in light of the ongoing coronavirus pandemic. Now, weeks later, we get an unboxing of the new Apple Mask.

The folks over at the YouTube channel Unbox Therapy were able to get their hands on the new Apple Mask. Then, as the channel’s name suggests, they went through the unboxing of the mask. The first thing that’s immediately noticeable is that this is most definitely an Apple product — even if it’s not meant for the general public. The box the masks are packed into is solid, well made, and recognizable.

The “Designed by Apple in California” text is on the box, too. Which makes sense! Apple engineers did design this particular mask for its corporate and retail employees.

As far as the unboxing is concerned, we discover that each box comes with five individually sealed masks inside. Apple says that each mask can last up to eight hours before needing a wash. Each Apple Mask should be able to be washed up to five times, too. The masks have a triangle design, giving more room for the nose, and folks who wear glasses shouldn’t have to worry about fogging them up. The section for the chin is rounded, and the strings that go around the ears are adjustable.

The Apple Mask should offer a secure fit, and based on Unbox Therapy’s informal testing the mask is effective at blocking airflow from the wearer’s exhalations. Unbox Therapy says it’s “fairly comparable” to a surgical mask, but adds that the Apple Mask feels “more sealed off”.

The Apple Mask is being released for Apple employees alongside the ClearMask. The ClearMask wasn’t designed by Apple, but it does offer a way to overcome visual communication obstacles that a standard mask doesn’t.

Check out the unboxing and first look at the Apple Mask below.

Would you buy the Apple Mask if given the opportunity?