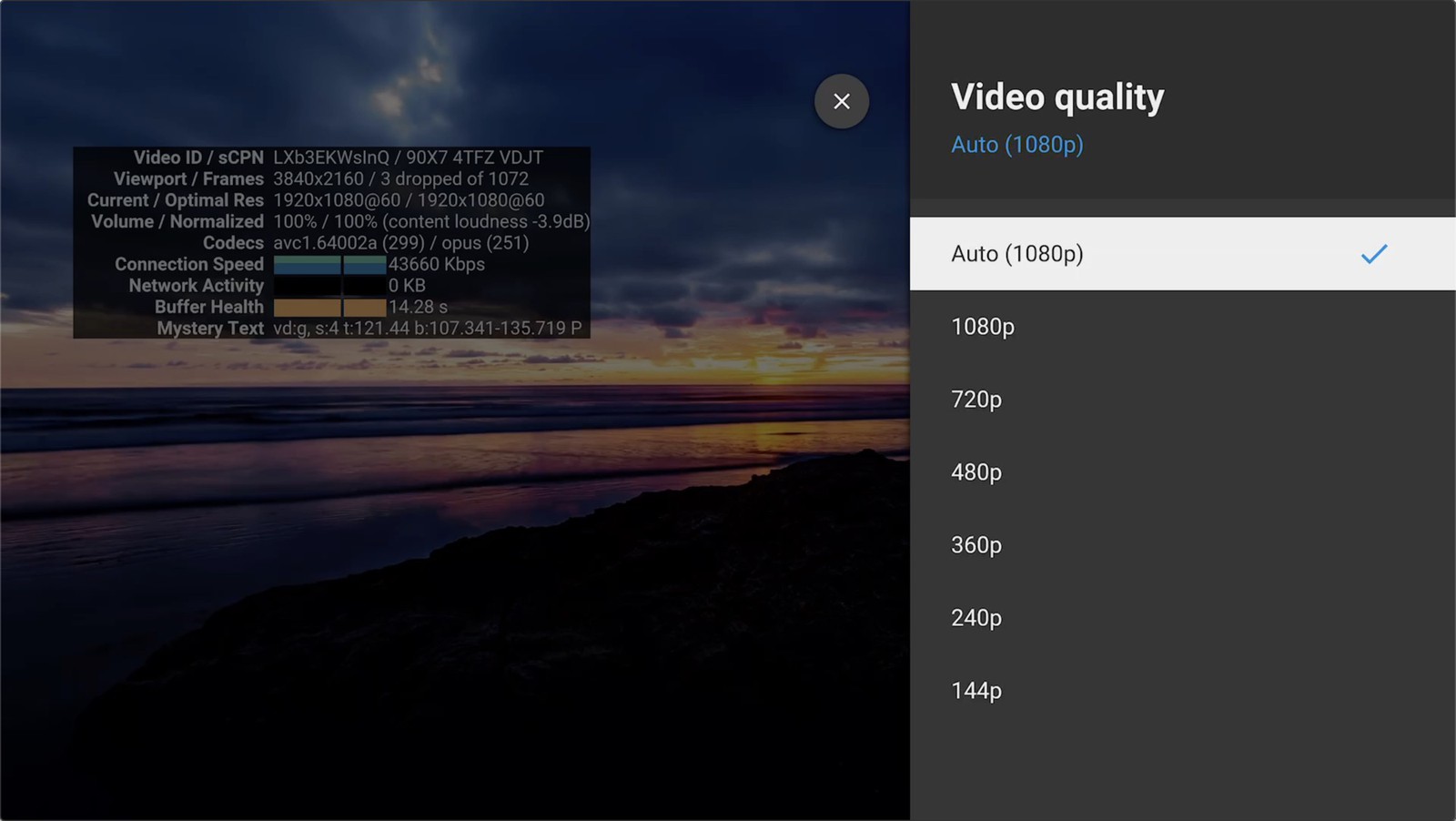 While YouTube has supported 4K videos for quite awhile now, the Apple TV wasn’t quick to jump on the support bandwagon. But that technically changes with tvOS 14, which Apple launched earlier this week.

However, while the support is supposed to be there, it turns out the reality isn’t living up to expectations. As noted today by MacRumors, via forum posts, support for 4K playback is not listed in available video quality options. Support starts at 144p and goes up to 1080p HD at the time of publication, with no support for the higher resolution and greater detail offered by 4K.

That 1080p limit is the previous limit before tvOS 14 launched, so nothing has changed there.

Interestingly, the official landing page for the Apple TV 4K still indicates that 4K support from YouTube should be included. Here’s what Apple’s site says, emphasis made by Apple:

If there is a reason why Apple’s tvOS 14 software update is missing support for 4K YouTube content, it remains unknown. It’s especially strange considering 4K playback was working in at least a couple of the beta seeds of tvOS 14 before the public launch this week. As noted in the original report, that support was still janky at best, so it’s possible Apple pulled the feature at the last minute to iron out the kinks.

Either way, it’s possible that the feature will arrive at some point in the future.

It’s also possible that it’s YouTube that needs to update something on its end. As noted in the original report, the official Twitter account replied to a question regarding 4K playback, and said that the Apple TV 4K doesn’t support VP9 for 4K playback. Which, thanks to tvOS 14, it now does.

It looks like some wires have been crossed, so hopefully they get straightened out soon so Apple TV 4K owners can start enjoying 4K content on their set-top box in the near future.