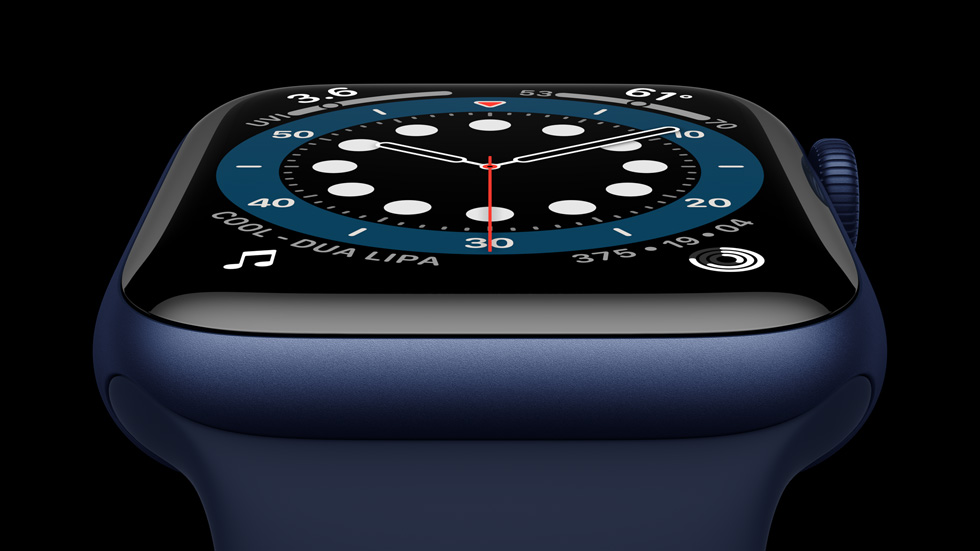 Apple this morning unveiled the latest version of its wearable, the Apple Watch Series 6. Among the slew of new features announced is a enhanced display. Apple says the screen is 2.5x brighter than previous models, and is always on for quick information at a glance.

An enhanced Always-On Retina display on Apple Watch Series 6 is up to 2.5 times brighter than Apple Watch Series 5 outdoors when the user’s wrist is down, making it much easier to see a watch face in bright sunlight. When their wrist is down, the user can also now access Notification Center and Control Center, tap on complications, and swipe to change faces without having to wake their watch screen.

Otherwise the Apple Watch Series 6 display seems largely unchanged from its predecessor. It’s still Retina and comes in flavors of 42mm and 44mm. Other new features on the Series 6 Watch include an always-on altimeter and a built-in blood oxygen sensor w/ app.