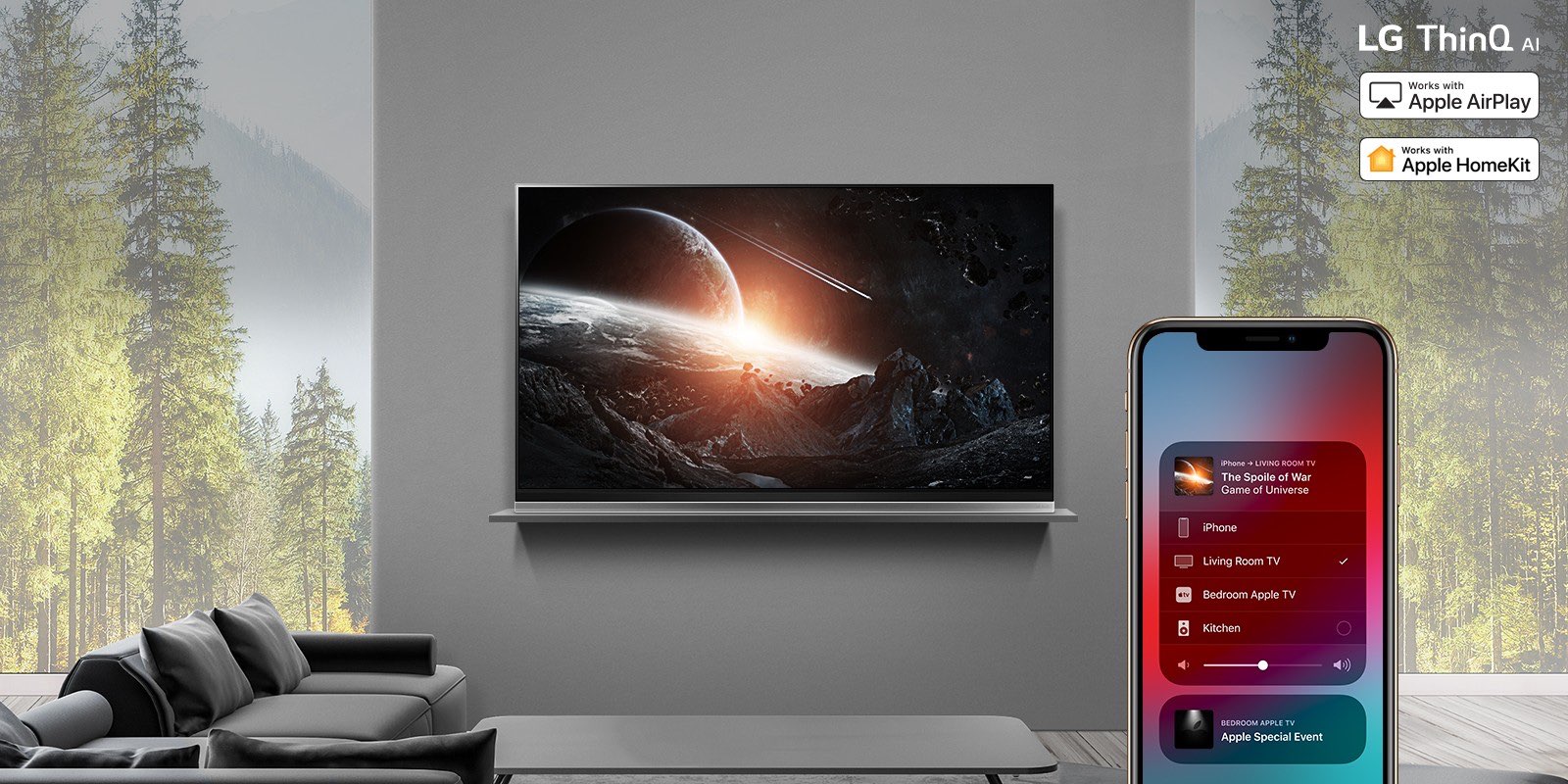 Korean consumer electronics giant LG has cancelled plans to bring support for Apple’s AirPlay 2 and HomeKit technologies to its older 2018 models, in spite of earlier assurances to do so.

That means that owners of the company’s 2018 television sets, such as the SK and UK LED sets and the B8 through Z8 OLED ones, won’t be getting support for the aforementioned Apple technologies. “Hi there, LG has no plans to update its pre-2019 TVs with Airplay2 or Homekit unfortunately,” according to a tweet from LG UK spotted by MacRumors.

Indeed, all previous mention of 2018 LG TVs getting AirPlay 2 and HomeKit support have been removed from LG’s support page. AppleInsider noted that the tweet dates from a week ago. Nevertheless, it’s now being followed by complaints from owners of 2018 TV sets.

Your company should be ashamed. I’m pretty sure more than 22.000 customers will never buy another product from LG now that we know your products lifespan is well under 2 years. Especially considering you said you would update 2018 TVs on your website and now you erased it!

It was barely a few months ago in April 2020 that LG reiterated its earlier promise that AirPlay 2 and HomeKit would be coming to select TVs manufactured in 2018. The features were supposed to arrive via a software update that was scheduled to release by October of this year.

However, today’s confirmation from the Korean vendor basically dashes all hopes for AirPlay 2 and HomeKit compatibility on LG TVs manufactured in 2018. Have an 2018 LG TV or older, but want AirPlay 2 and HomeKit built-in? If you ask LG, in that case you should simply purchase a brand new TV set from them (or just buy a much cheaper Apple TV and be done with it).