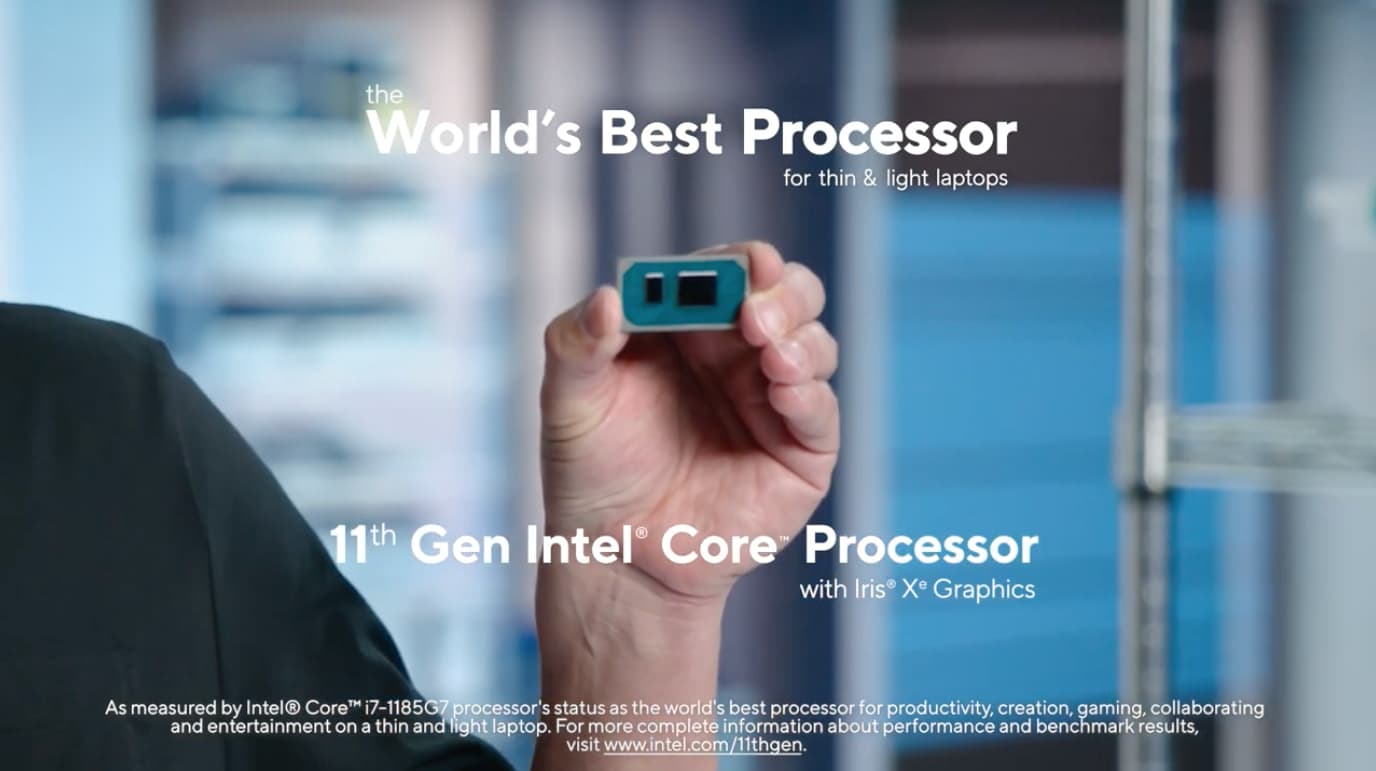 While Apple is hunkering down and handling some computing elements on its own, the world keeps spinning. So even if Apple isn’t going to rely on Intel for its computer processors for much longer, that isn’t stopping Intel.

Today, for instance, the company announced its 11th-generation Intel chips, named Tiger Lake. Intel is calling it the “world’s best processor for thin & light laptops”. The new chips support everything you’d expect, including USB 4, Thunderbolt 4, and Wi-Fi 6 support. In addition to that, the new chips support PCIe Gen 4 and integrated Xe graphics as well.

11th Gen Intel Core processors with Intel Iris Xe graphics are the world’s best processors for thin-and-light laptops across both Windows and ChromeOS. They represent Intel’s most ambitious system-on-chip (SoC), delivering more than a generational leap in performance and the best experiences for U-series laptops in productivity, creation, gaming, entertainment and collaboration. A broad range of integrated features fuel the best thin-and-light platforms available with optimized CPU, GPU, artificial intelligence (AI) acceleration, software optimization and platform capabilities that maximize real-world performance on the applications and features people use the most.

Clock speeds for the new Tiger Lake processors max out at 4.8GHz, and there are nine SKUs in total across the i3, i5, and i9 lineups.

Acer, HP, Dell, Samsung, Lenovo, and others are all partnered with Intel to bring the new Tiger Lake chips to laptops starting this fall. According to Intel, there will be 50 new laptops launching this year with the new processor under the hood.

As you might expect, Apple was not named as a partner for these new chips.

And second, and this is the biggest reason of all, the transition to Apple Silicon is well underway. Apple announced earlier this year that it is using ARM-based Apple Silicon chips beginning later this year, and, from then on, will be the go-to option for its computers.

Are you planning on switching to an Apple Silicon-based Mac as soon as you are able?