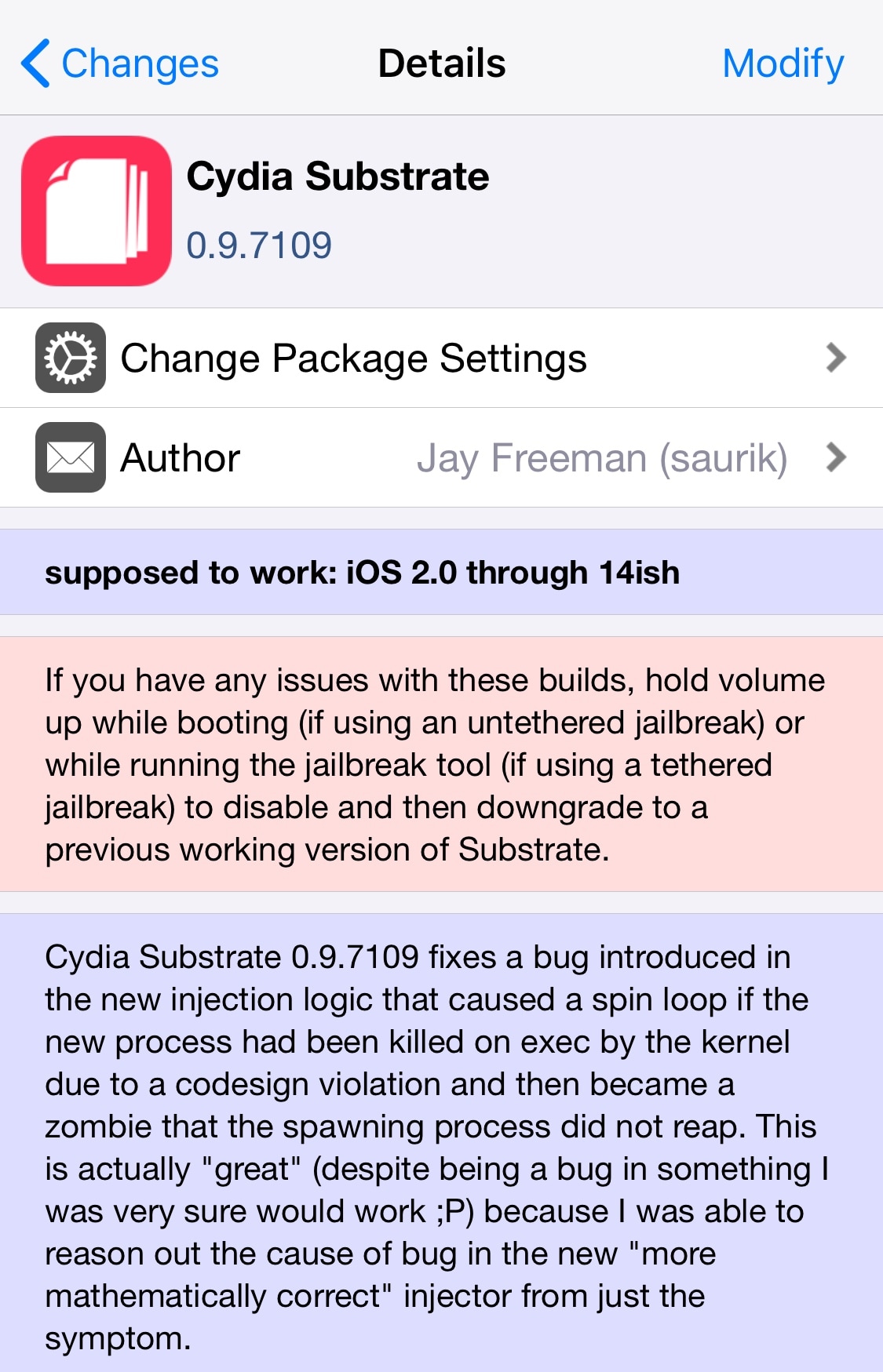 Following a pair of updates released for both the Cydia Substrate and Substrate Safe Mode packages bright and early Sunday morning, it seems that Saurik has pushed a second update for the Cydia Substrate package Sunday afternoon to fix a few bugs that were introduced in the first update.

The latest version of the Cydia Substrate package is now version 0.9.7109, and according to the change log for this release, Saurik notes the following changes in this release:

Cydia Substrate 0.9.7109 fixes a bug introduced in the new injection logic that caused a spin loop if the new process had been killed on exec by the kernel due to a codesign violation and then became a zombie that the spawning process did not reap. This is actually “great” (despite being a bug in something I was very sure would work ;P) because I was able to reason out the cause of bug in the new “more mathematically correct” injector from just the symptom.

Saurik goes on to explain that a spin loop could be created by a bug in the new injection logic introduced earlier this morning and that this update correctly addresses that problem with a “more mathematically correct” solution to the problem.

As always recommend that all Cydia Substrate users download and install the latest update at their earliest convenience. Tweak injection is a particularly important aspect of jailbreaking, especially in terms of jailbreak tweak usage. With that in mind, it’s always good to have the latest and greatest updates to ensure you take advantage of every possible bug fix and performance gain.

Did you install the latest version of Cydia Substrate yet? Let us know in the comments section below.