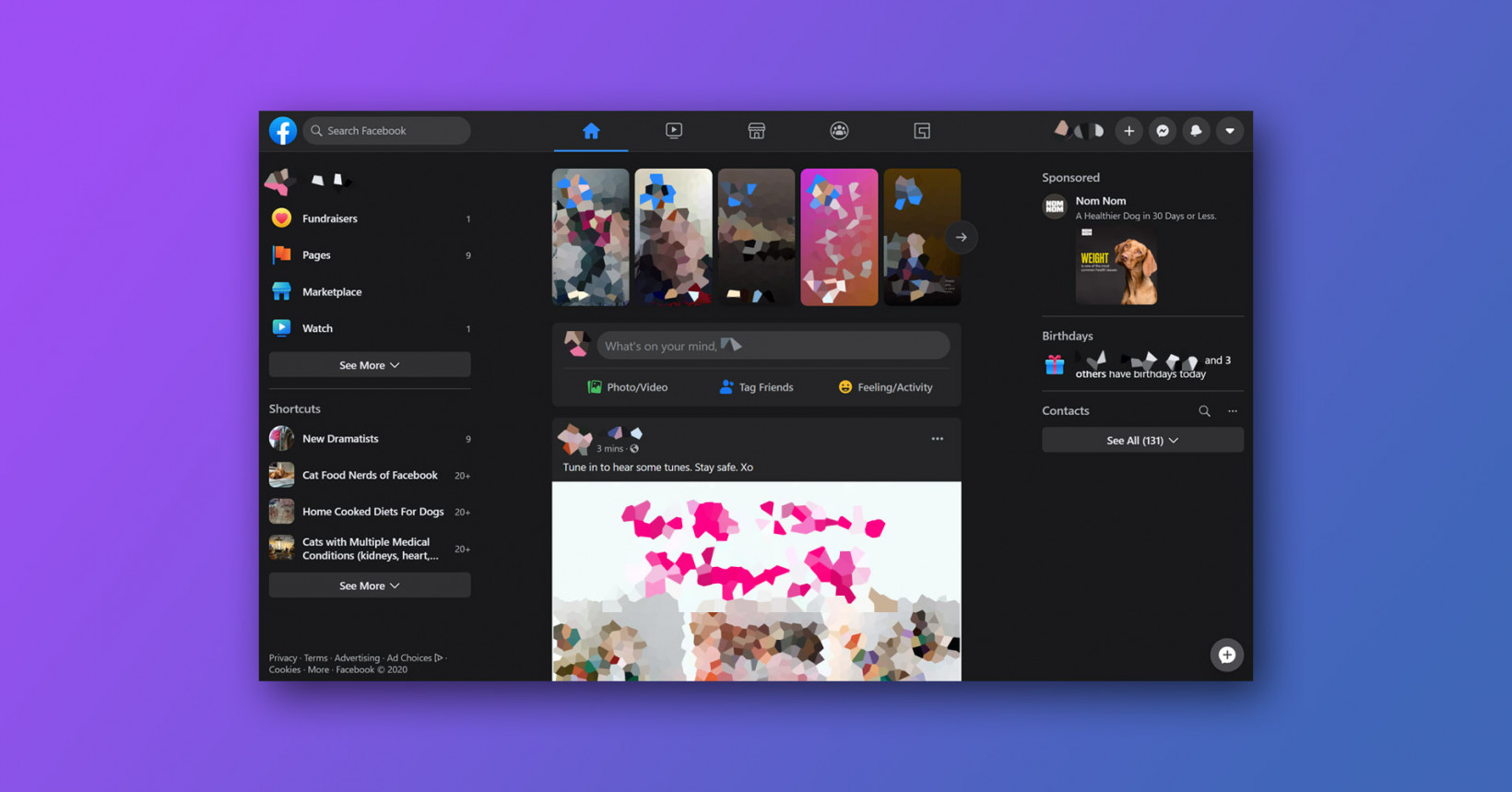 Facebook’s classic blue web interface that we’ve grown accustomed to is going away next month in favor of the new design that CEO Mark Zuckerberg showed off about a year ago.

That’s according to a Facebook support page, spotted by Engadget. The new design has been enabled by default since May, but you won’t be able to opt-out of it starting next month.

Some folks are seeing a notification on Facebook.com informing them that the classic web interface will be retired for good in September. “The classis Facebook experience will no longer be available starting in September,” reads the prompt. “Before the new Facebook.com becomes the default experience, we want to learn more about how we can improve.”

This’ll mark the end of the old blue theme that made Facebook so recognizable all those years.

The New Facebook design, dubbed FB5, was announced in April 2019. It’s simpler, faster, more immersive and puts communities at the center. “Overall, we’ve made it easier to find what you’re looking for and get to your most-used features,” the company said.

There’s a good reason why Facebook’s been blue since its inception — according to The New Yorker, Mark Zuckerberg is red-green color blind and blue is the color he sees the best.