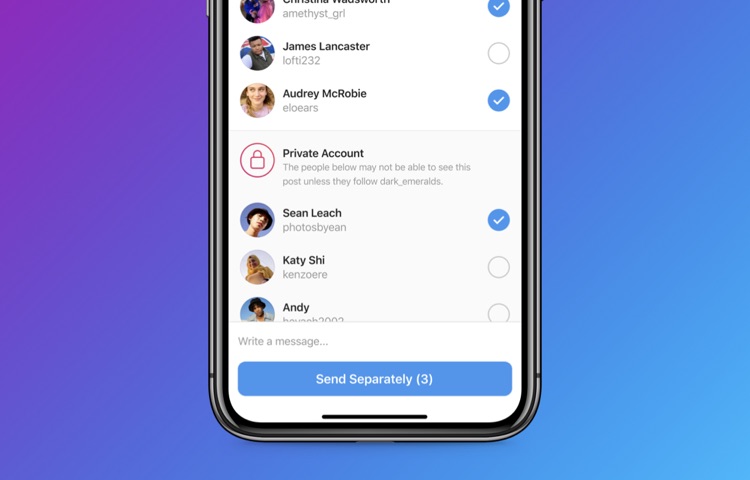 Aside from rolling out suggested posts in your feed this morning (which is related to the content you already follow), Instagram today also launched another new feature which aims to prevent accidental sharing of private posts and stories to people in direct messages.

With this new feature, you can easily see who can or cannot see a private post or story before you hit that Send button. As evidenced by the included screenshot, a change in the interface for sharing a post as a direct message has added a new Private Account section.

This new feature is live now. Just like the Suggested Posts feature, it’s a server-side update so there’s no need to update your copy of the Instagram app on your iPhone.