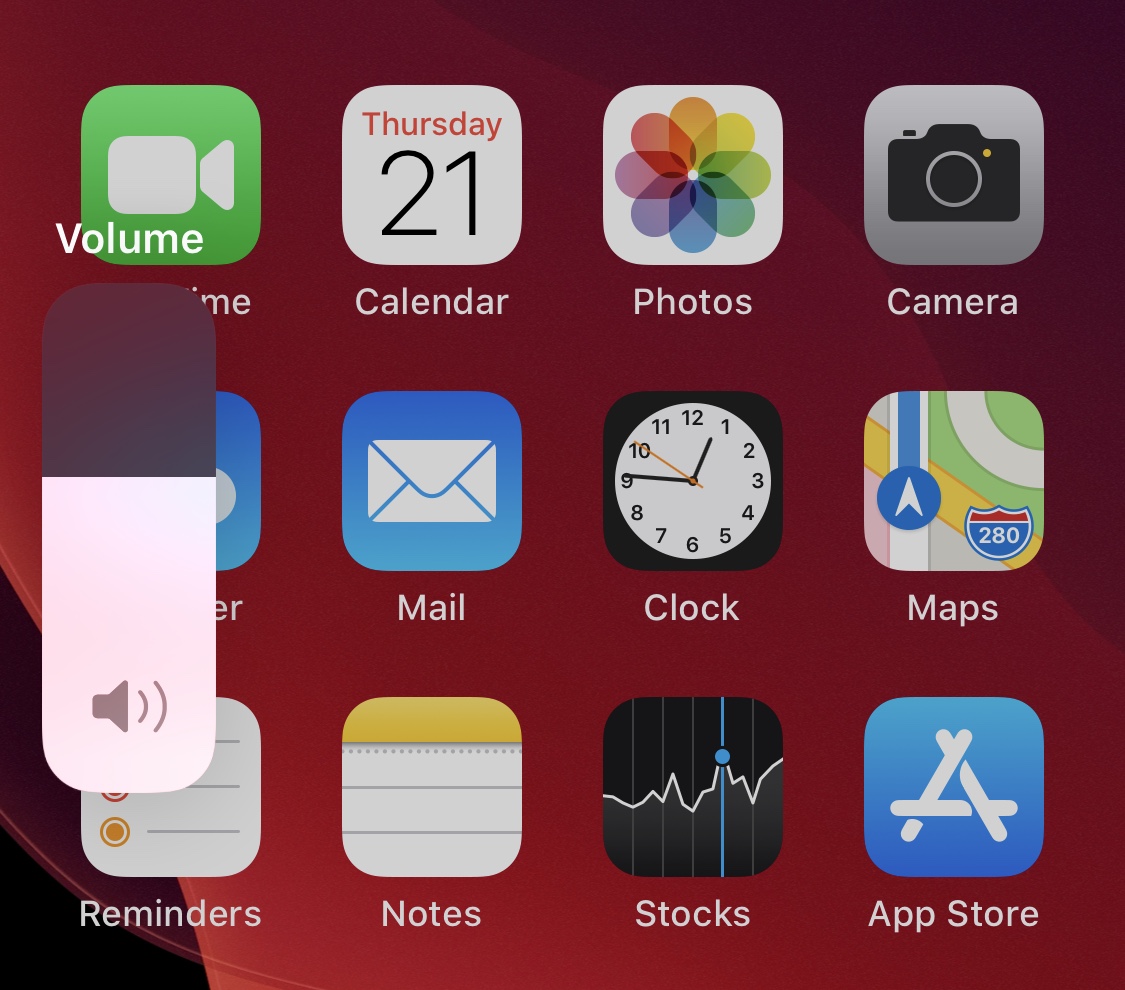 Volume level adjustments are a particularly regular practice for most iPhone or iPad users, whether they’re watching videos or listening to music or podcasts of some sort. One thing that has always been somewhat of a pain point however is that making substantial volume level adjustments can take more time than we’d like.

Crescendo is a newly released and free jailbreak tweak by iOS developer YulkyTulky that addresses the aforementioned scenario by letting users configure a custom volume step amount. In other words, you can make your volume button presses more or less impactful on your handset’s actually volume level.

Having the ability to make your volume buttons more or less sensitive means that you can make it significantly faster to get from the lowest to the highest volume level and vice versa with as few button presses as possible. Alternatively, you could fine-tune your button presses so that each one boasts a lesser impact on the volume level, effectively letting you get in between notches, which also wouldn’t be possible on a stock device.

Technically, users could make fine-tuned adjustments with the volume HUD or Control Center slider(s), but because the volume buttons are a second nature to our handset usage, one might argue that it’s more straightforward and a better volume adjustment process overall.

Upon installing Crescendo, users will find a dedicated preference pane in the Settings app where they can toggle the tweak on or off on demand and configure the volume step percentage for the volume up and down buttons individually: 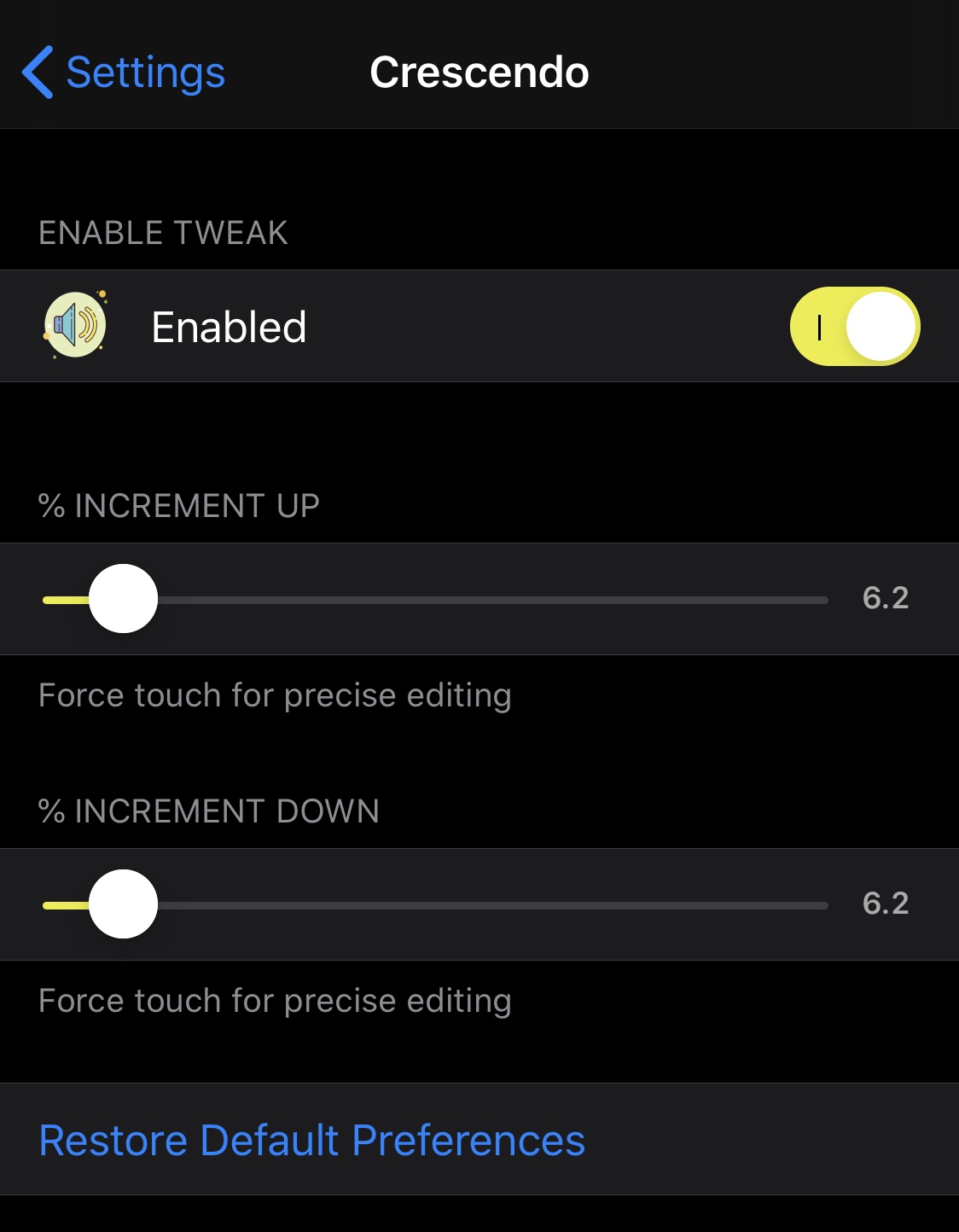 It’s worth noting that Crescendo isn’t the only jailbreak tweak in recent memory to introduce this functionality to pwned iPhones and iPads. VolumeStep13 was released just a few months ago — Crescendo merely offers another developer’s perspective on this useful functionality, and notably offers individualized configuration for each volume button.

If you’re interested in trying Crescendo, then you can download the tweak for free from Yulky Tulky’s personal repository via your favorite package manager. The tweak supports jailbroken iOS 13 devices and is open source on the developer’s GitHub page.

Those who aren’t already using Yulky Tulky’s repository can add it to their package manager of choice with the following URL:

Will you be changing the sensitivity of your iPhone’s volume buttons with Crescendo, or are you already happy with how it comes out of the box? Tell us your thoughts in the comments section below.