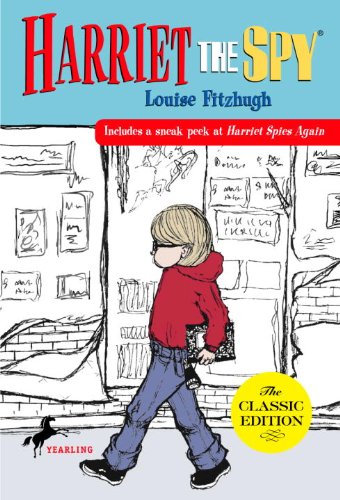 Apple has just announced another new entry for Apple TV+, this one the newest addition to Apple’s growing list of original content for kids.

On Wednesday, Apple announced that it has given a full series order to Harriet the Spy, which will star Golden Globe nominee Beanie Feldstein (Booksmart) and Emmy Award winner Jane Lynch (Glee). This will mark the first animated adaptation of the novel of the same name. The new series will be adapted by The Jim Henson Company and Rehab Entertainment, and it will debut on Apple TV+ at some point in the future. No release date was provided in the press release today, nor is there a trailer to share.

Here’s how Harriet the Spy is described in the announcement:

Set in 1960s New York when the original book was published, the new series will be voiced by a star-studded cast including Golden Globe and SAG Award nominee Beanie Feldstein, who will star as Harriet, a fiercely independent, adventurous, curious 11-year-old girl. More than anything, Harriet wants to be a writer, and in order to be a good writer, you need to know everything, and in order to know everything, you have to be a spy! Emmy Award winner Jane Lynch will voice the role of Ole Golly, Harriet’s larger-than-life, no-nonsense nanny. Additional voice talent includes Lacey Chabert as Marion Hawthorne, the ringleader of a group of smug, popular girls at Harriet’s school.

Will McRobb (The Adventures of Pete & Pete) will write the new series and be serving as an executive producer as well.

This is the latest announcement for Apple’s slate of original shows for kids following the announcement earlier this year that both Ghostwriter and Peanuts in Space were nominated for Daytime Emmys. We’ll have to wait a bit longer before we get a first look, or even a trailer, for Harriet the Spy.

Do you think this one will be a hit for Apple TV+?