As a PC gamer, I empathize with the overwhelming urge to have flashy RGB accessories ranging from the keyboard, to the mouse, to the very headset you use to communicate with your team in multiplayer. For some, RGB looks like unicorn barf and may not seem essential; but to others, it’s a glaring necessity. 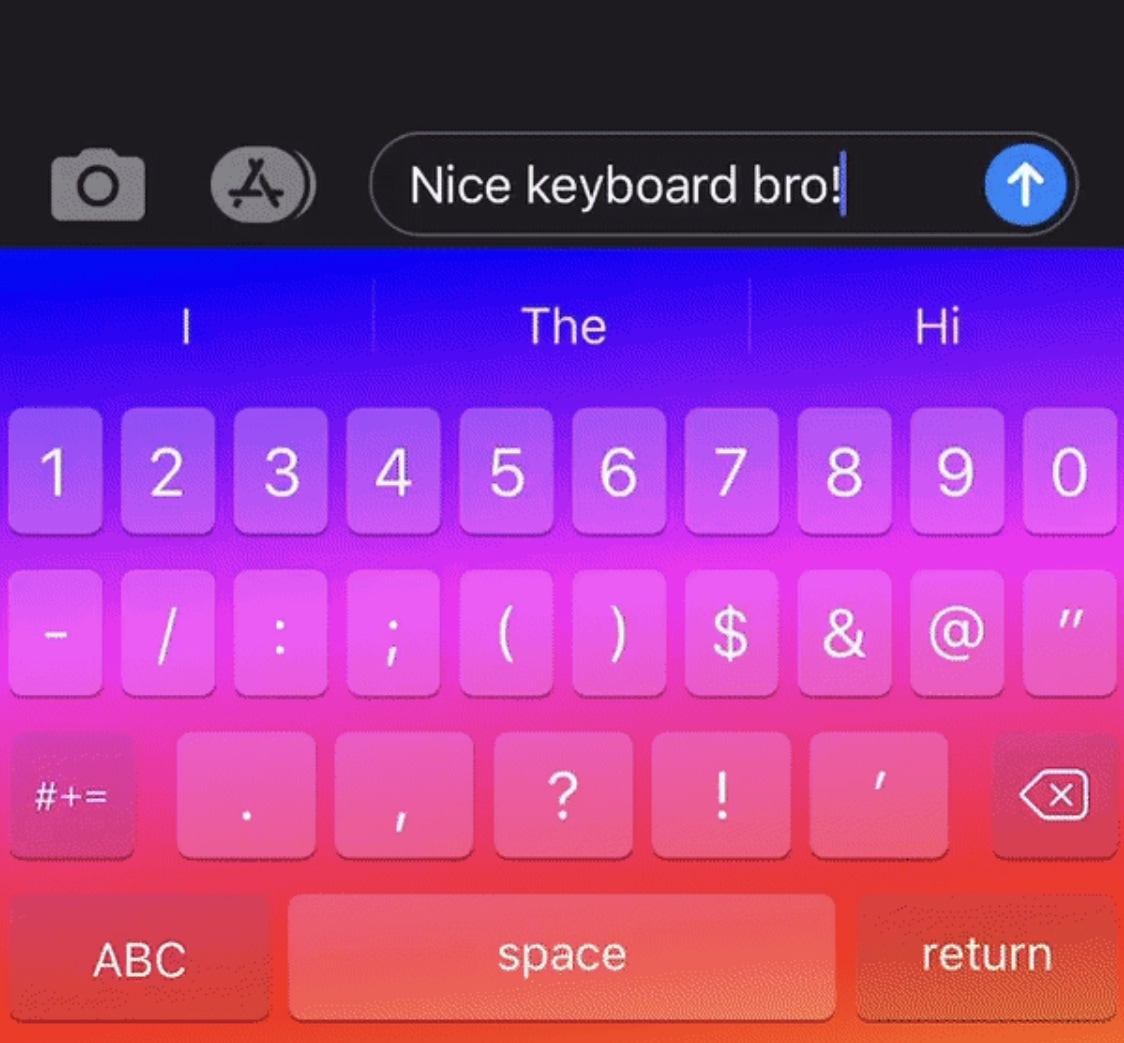 Since rgbKeys offers an animated effect, this post about it wouldn’t be complete without the obligatory animated GIF to showcase what it looks like:

As you’ll notice the RGB animation moves at a slight diagonal, first moving down across the keyboard and later reversing its movement upward. The animation loop continues as you use the keyboard.

It’s worth noting that rgbKeys is only intended for the iPhone’s native keyboard interface, and that means it won’t be compatible with third-party keyboards downloaded from the App Store. Fortunately, that won’t be a problem for most users since the iPhone’s keyboard has come such a long way.

As you might come to expect, rgbKeys adds a preference pane to the Settings app where users can configure a few options: 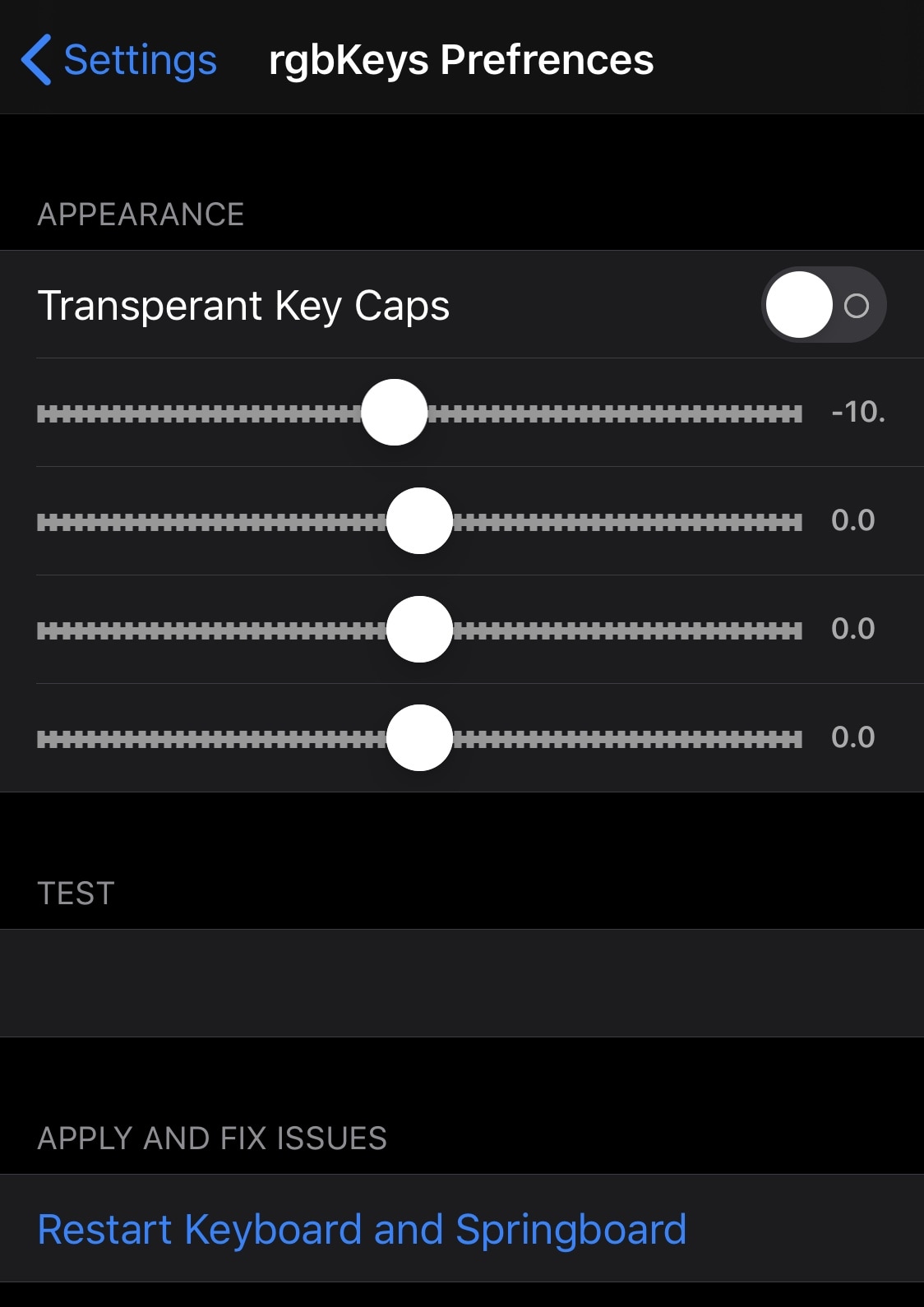 Because the sliders aren’t labeled, it’s difficult to discern what they actually do. We recommend leaving them alone for the best user experience and merely choosing whether you’d like to see the keycaps or not over the effect.

As we noted before, the RGB aesthetic won’t be for everyone. If, however, you have an RGB gaming PC setup or you simply like the look, then this is a great way to get more out of your jailbroken iPhone. The rgbKeys tweak can be downloaded for free from the jesseb0rn repository via your favorite package manager and supports pwned iOS 13 and 14 devices.

If you’re not already using jesseb0rn’s repository, then you can add it to your preferred package manager via the following URL:

Do you plan to RGB-ify your iPhone’s keyboard interface? Tell us why or why not in the comments section below.