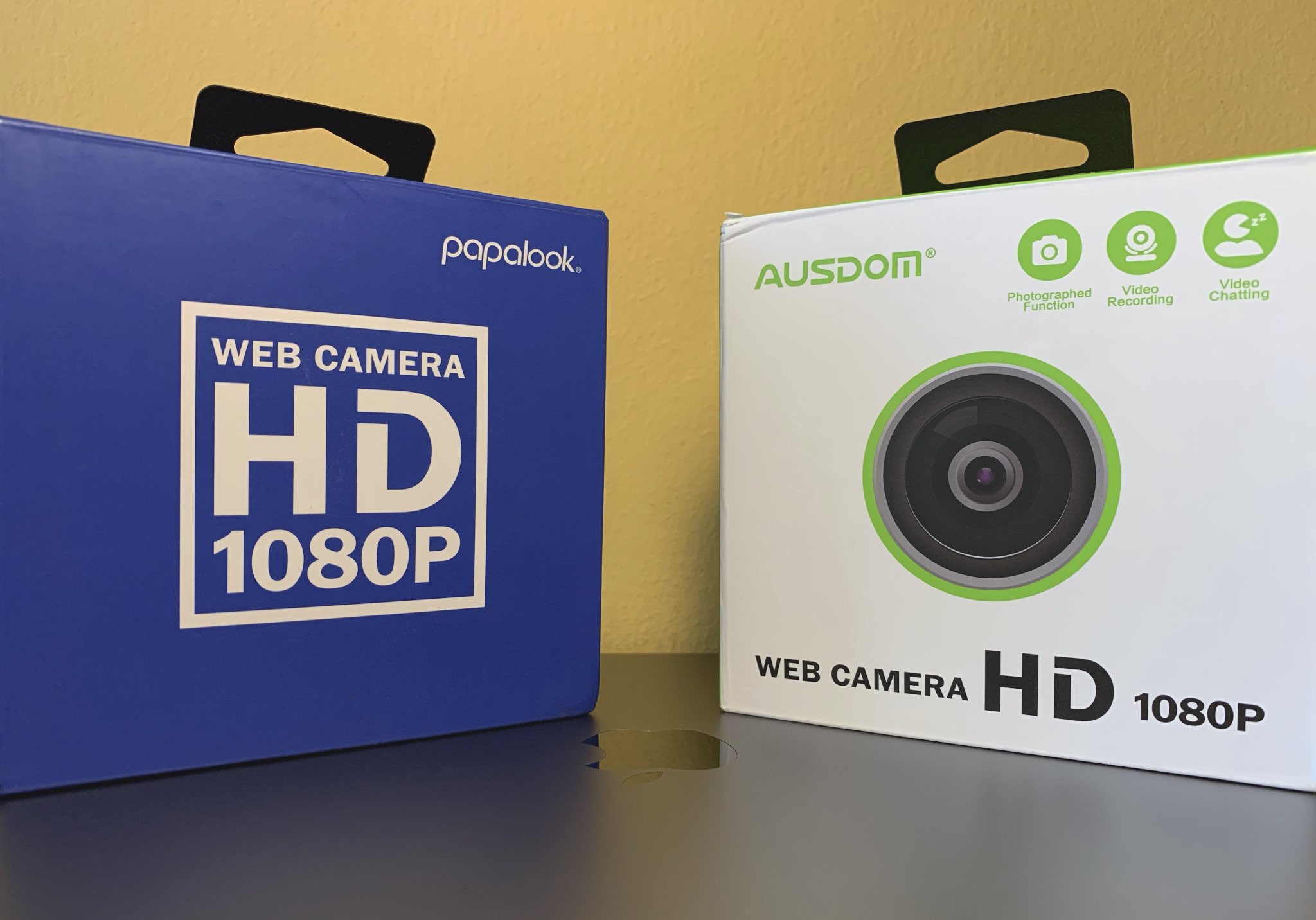 As plenty of workers are telecommuting during COVID-19 pandemic, iDB has taken it upon itself to highlight some of the technologies and accessories that make remote work as enjoyable as humanly possible. In these challenging times, video conferencing has become the definite solution for keeping in touch not only with work colleagues but family and friend, too.

What we focused on

If you’re working from home, you’re no doubt painfully aware that Apple’s potato-quality cameras built into the Mac notebooks and some desktops, like the iMac, leave a lot to be desired in terms of resolution, picture quality, auto focus, adjustable settings and what not. That’s why I’ve tested two web cameras that promise to boost video conferences without breaking the bank: one is from Ausdom and the other from a company called Papalook.

I tested them on a MacBook Pro connected to my Thunderbolt Display in clamshell laptop mode. The cameras are based on the USB interface so they’re truly plug-and-play, but you’ll need third-party software to access the full range of manual controls (more on that later).

The devices worked perfectly in popular video-calling apps like FaceTime, Zoom, Skype, Google Hangout and QuickTime Player, and proved great for live-streaming to Twitch, YouTube Live, Facebook Live etc. They also support taking pictures. With the camera connected to my Mac, I simply set it as my video source in whatever video-chatting app I’m using at that moment.

The cameras are not Mac-specific: they work on other platforms without hiccups. For more info, check out our quick reviews of the Papalook PA452 and the Ausdom AF640.

Released in March, this one captures 1080p video at thirty frames per second. It’s got a five-layer film-coated optical glass lens and features a large 2.0 aperture to capture more light. Papalook claims the PA452 delivers first-class shots even in 5 lux lighting conditions. In my experience, light sensitivity could be better although that’s dependent on the user’s specific environment— for optimal results, ensure you’re in a well-lit room.

For security purposes, the front LEDs light up to indicate that the camera is recording.

I’ve found automatic low-light correction to be hit and miss, but you can fine-tune it manually to match your current lighting conditions. My biggest gripe is lack of auto-focus so you’ll need to adjust it manually via the focus ring to match subject distance. I also couldn’t get the small on/off switch on the back to work properly on my Mac — the camera would continue streaming so I had to unplug it from my computer’s USB port in order to turn it off completely.

I was satisfied with overall image quality. As for video, it’s delivered as a smooth H.264-encoded stream. I had no issues whatsoever importing my recorded clips into a range of video editing applications, such as Final Cut Pro and Adobe Premiere. People I was chatting with confirmed that I sounded clear to them thanks to the camera’s built-in stereo microphone with noise cancellation that does a good job isolating one’s voice from any external noise.

In other words, you won’t be needing a dedicated headset for sound. 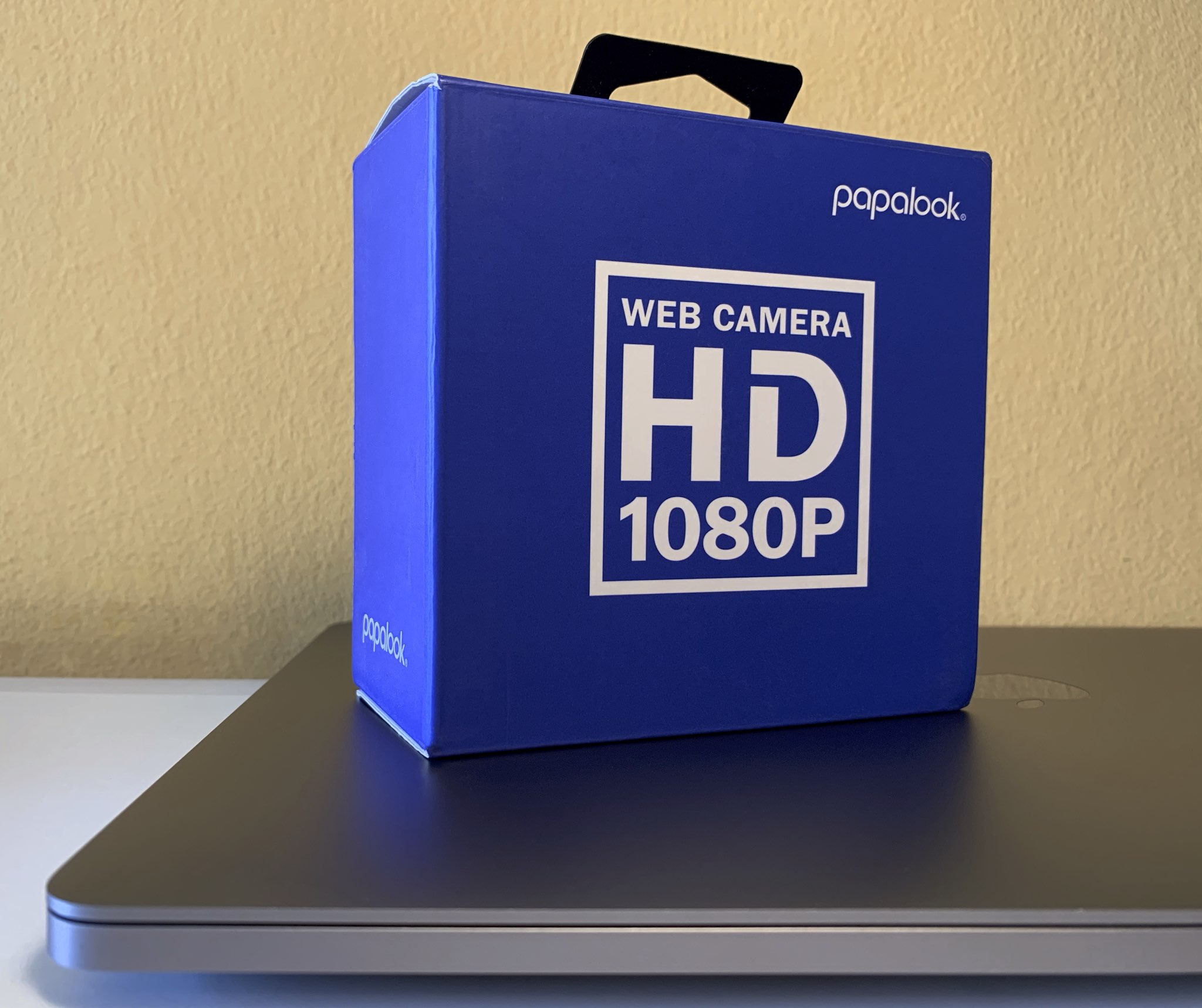 With its 65-degree view, affordable price, tripod support and other perks, the Papalook PA452 is a great solution for game streaming, video conferencing and recording short clips.

I’ve tried it in both macOS and Windows, and it worked just fine. You can purchase the Papalook PA452 from Amazon for $70 or £65 via Amazon UK.

Ausdom, which is mostly known for its lineup of wireless headphones, released this camera earlier in the year. It rocks full HD resolution when recording video with QuickTime Player and 720p when on a FaceTime video call, streaming your favorite game and so forth.

For normal video calls, it’s fine as it is.

The AF640 is also capable of capturing video at 2,048-by-1,536 pixels provided you’re willing to experiment with the Motion JPEG video codec. It sports dual 36dB microphones, paired with noise cancellation. In my testing, it managed to pick up my voice clearly whilst suppressing background sounds and buzzing such as air conditioning humming.

The Ausdom camera has some features that are omitted on the Papalook model that I’ve tested. One of them is auto focus which enables the camera to automatically stay focused on the face, even if it moves around. This can be both a blessing and a curse because you’ll experience blurring when moving around a lot as the camera tries to keep up with you.

Automatic low-light and white balance correction produces well-contrasted images in normal conditions. Your mileage may vary — to achieve the best possible results, you should adjust white balance and other capabilities manually to match your environment.

To do that, however, you need a third-party app like Webcam Settings, Amcap or OBS Studio which let you access a range of camera settings, including sharpness, contract and color temperature. I like the 90-degree view angle that lets the camera fit a group of people into a shot (field of view is not adjustable so be careful not to show off your messy room). 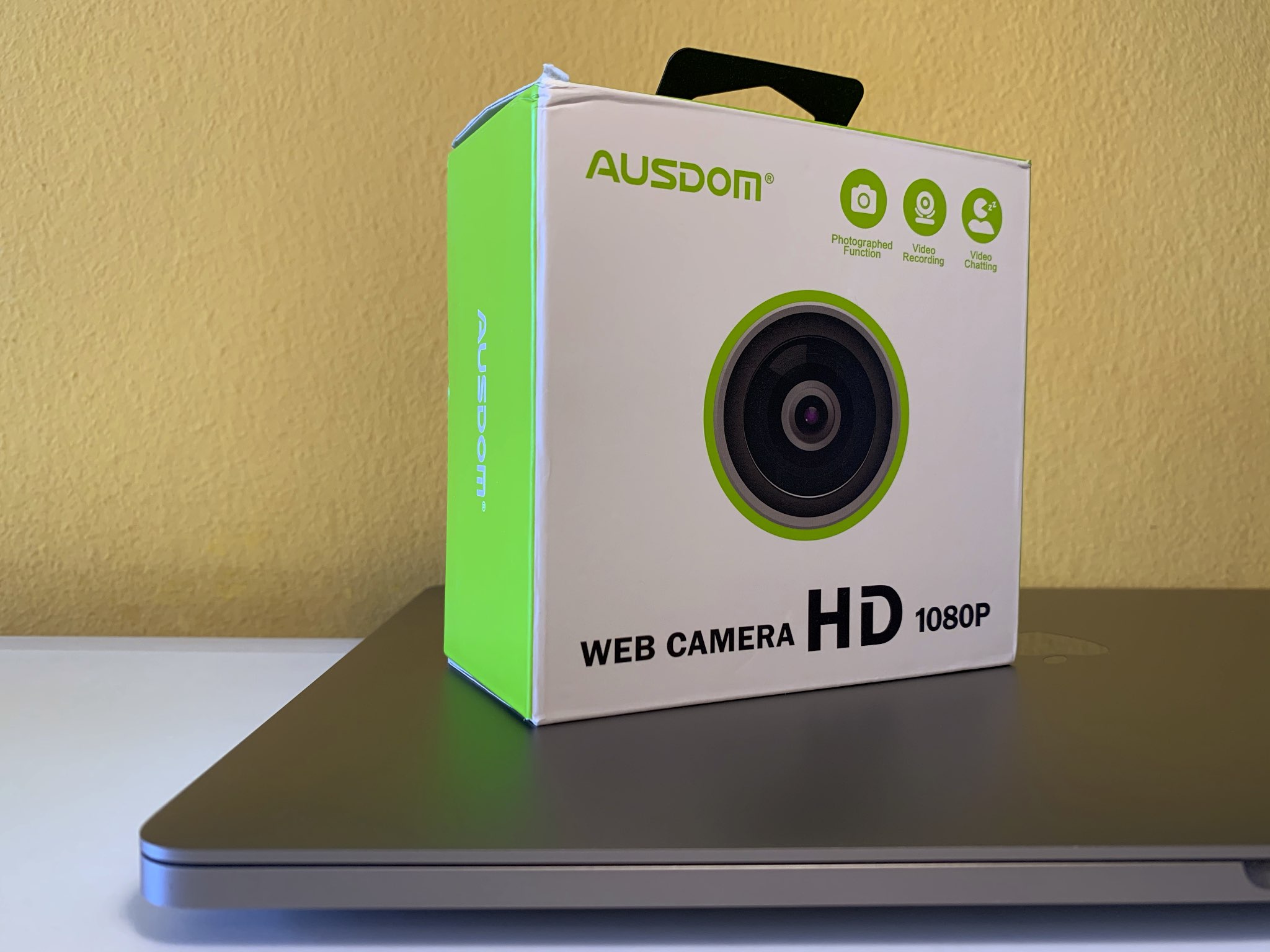 Overall, this is a great web camera for videoconferencing, casual game streaming and the like, and a decent replacement for Logitech’s range of standalone web cameras.

The device takes advantage of the USB 2.0 interface and works seamlessly across macOS, Windows XP and up, Chrome OS and Android 5.0 and above. The Ausdom AF640 can be yours in exchange for $90 via Amazon, or £106 via Amazon UK.

What do  you think about these web cameras?