Depending on how things shake out, Apple may have to rearrange its yearly plans to announce new iPhones later this year. Until then, we’ve got the rumor mill drip feeding us new things.

Take, for example, what is being referred to as the display panels for the upcoming iPhone 12, which will have a screen size measuring in at 5.4 inches. The images were shared on the Chinese social networking site Weibo, and also appeared briefly on Slashleaks, but were taken down from the latter source relatively quickly. The images were initially shared over the weekend.

What we appear to be looking at in the images shared (via MacRumors) is several different display panels straight off the assembly line. As you can see from the image at the top of this article, it would appear that the notch itself is the same size as you’d find in the iPhone 11. That might not go over so well with potential customers who were hoping to see the notch shrink, even just a little bit, this year.

Digital Chat Station, a Weibo blogger, says these panels are for the 5.4-inch iPhone 12, but there’s nothing to confirm that within the images themselves. If that is indeed the case, it’s possible we’re looking at a smaller notch than what’s present in the 5.8-inch iPhone 11, which could indicate smaller notches on the three other iPhone 12 models expected to launch before the end of 2020. 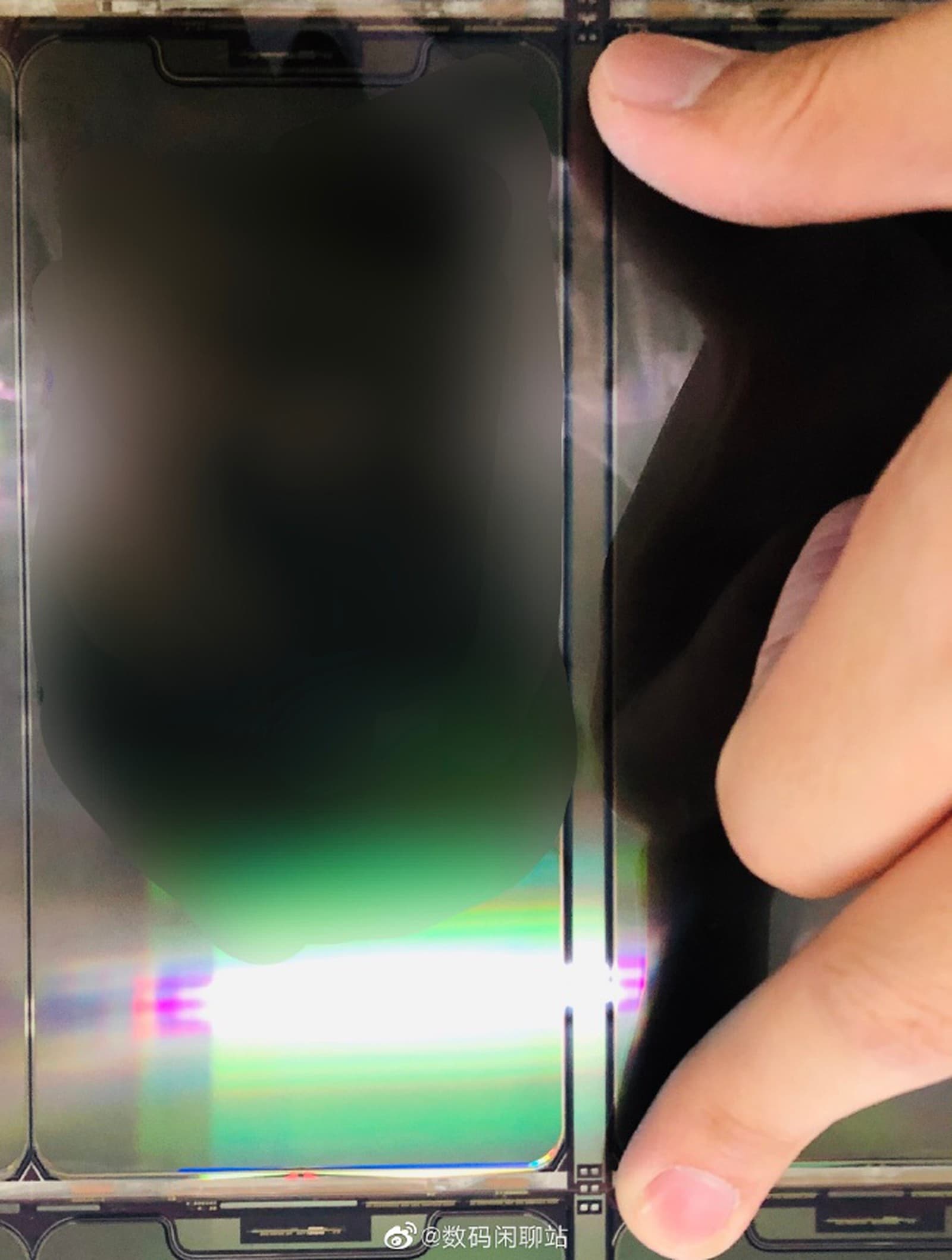 As it stands right now, the rumors have pointed to four new models arriving this year. The 5.4-inch iPhone 12 will be the smallest, while there will be a pair of 6.1-inch models as well, one of which will feature three cameras on the back and be referred to as the iPhone 12 Pro. Meanwhile, at the top of the ladder, is the 6.7-inch iPhone 12 Pro Max. All four new iPhones are expected to launch with OLED displays.

As far as the notch is concerned, there have been some conflicting reports on the overall size we should expect to see later this year. Back in April, for instance, and built upon rumors of the iPhone 12 lineup, we saw CAD drawings showing off a slightly smaller notch. Meanwhile, back in September, analyst Ming-Chi Kuo predicted that Apple may reduce the size of the notch in at least two of the new iPhone 12 models. Still, there have also been rumors that Apple won’t be changing the size of the notch this year at all, so we will have to wait and see how it all shakes out a few months from now.

As far as the overall design is concerned, at least two of the new iPhone 12 models are said to feature flat edges and a more “iPad Pro-like” design.

Do you think you’re going to upgrade to an iPhone 12 later this year, based on the rumors you’ve heard so far? Let us know in the comments.