If you owned an iPhone before the days when Apple began incorporating Face ID and the infamous ‘notch,’ then you probably remember the classic Home Screen application Dock with the edge-to-edge background. Fast-forward to now, and modern iPhones’ Docks sport a floating appearance rather than the traditional edge-to-edge background.

Whether you’ve got a notched iPhone at your disposal and you’re feeling nostalgic over the traditional Dock UI or you’ve got a notchless iPhone and feel left out because your Dock doesn’t have the same floating aesthetic that newer handsets have, a newly released and free jailbreak tweak named DockChanger by iOS developer Thomz could be just what you’re looking for.

You can see how DockChanger changes the Dock’s appearance on our notched iPhone X in the before and after screenshot examples above. It’s worth noting that if you have an iPhone with the traditional rectangular LCD display like those found in the iPhone 8 and earlier, DockChanger will have the exact opposite effect.

Once installed, DockChanger adds a dedicated preference pane to the Settings app where users can configure a few options: 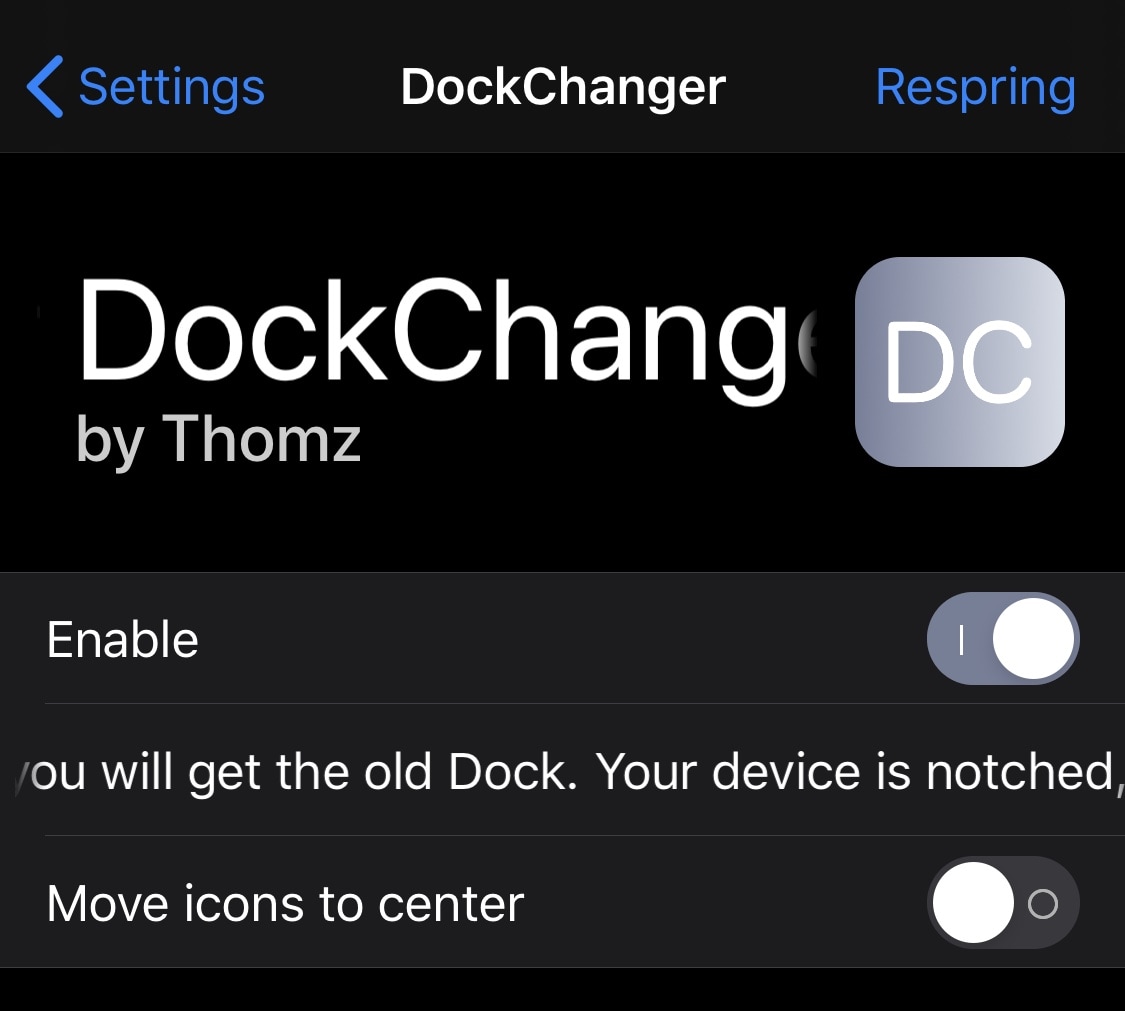 If you’re completely happy with the way your iPhone’s Dock looks, then you obviously wouldn’t have a reason to use DockChanger. On the other hand, if you think your iPhone’s Dock looks too much like the one on your iPad, you miss the older Dock style, or you wish your older iPhone had the same Dock aesthetic as newer iPhones do, then this is the tweak for you.

Those interested in trying DockChanger can download the tweak for free from the Packix repository via their preferred package manger. The tweak supports jailbroken iPhones running iOS 13.

What Dock style do you prefer more on your iPhone? Let us know by dropping a comment below.