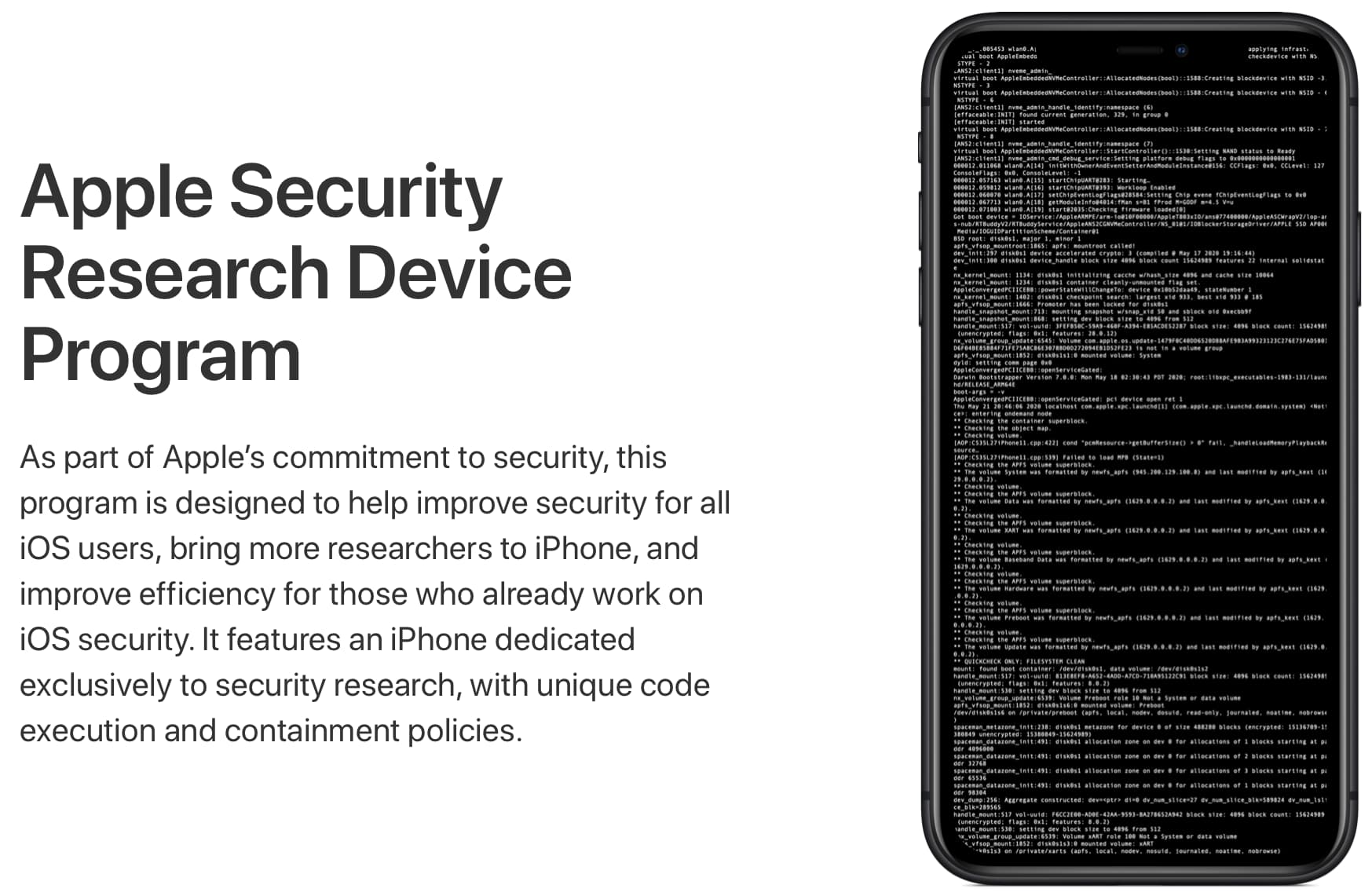 While Apple’s software is usually praised for its overall security, there are still vulnerabilities and issues discovered from time-to-time. Making it easier for researchers to discover those issues is a good move, and Apple is doing just that.

On Wednesday, Apple officially launched a new Security Research Device Program, which is designed entirely around the idea of allowing researchers the ability to get a dedicated piece of hardware (an iPhone) that’s designed specifically for research. It includes unique code execution and containment policies, differing from standard iOS, but making security research even easier.

The Security Research Device (SRD) is meant for security research only, as described by Apple on its official landing page for the new resource. Researchers will be able to access the shell, and they will be allowed to run any development tools they need during research. They will also be able to choose entitlement as needed. Other than these key changes, the SRD will function as close to a standard iPhone as possible.

Apple notes that these SRD units are handed out on a 12-month renewable basis, and researchers must apply to get the unit. The SRD will remain the property of Apple throughout. The company says the unit is not meant for daily carry, and “must remain on the premises of program participants at all times”.

Participation is not available if you are:

If you are a researcher and want to apply for the SRD, you can do so here.