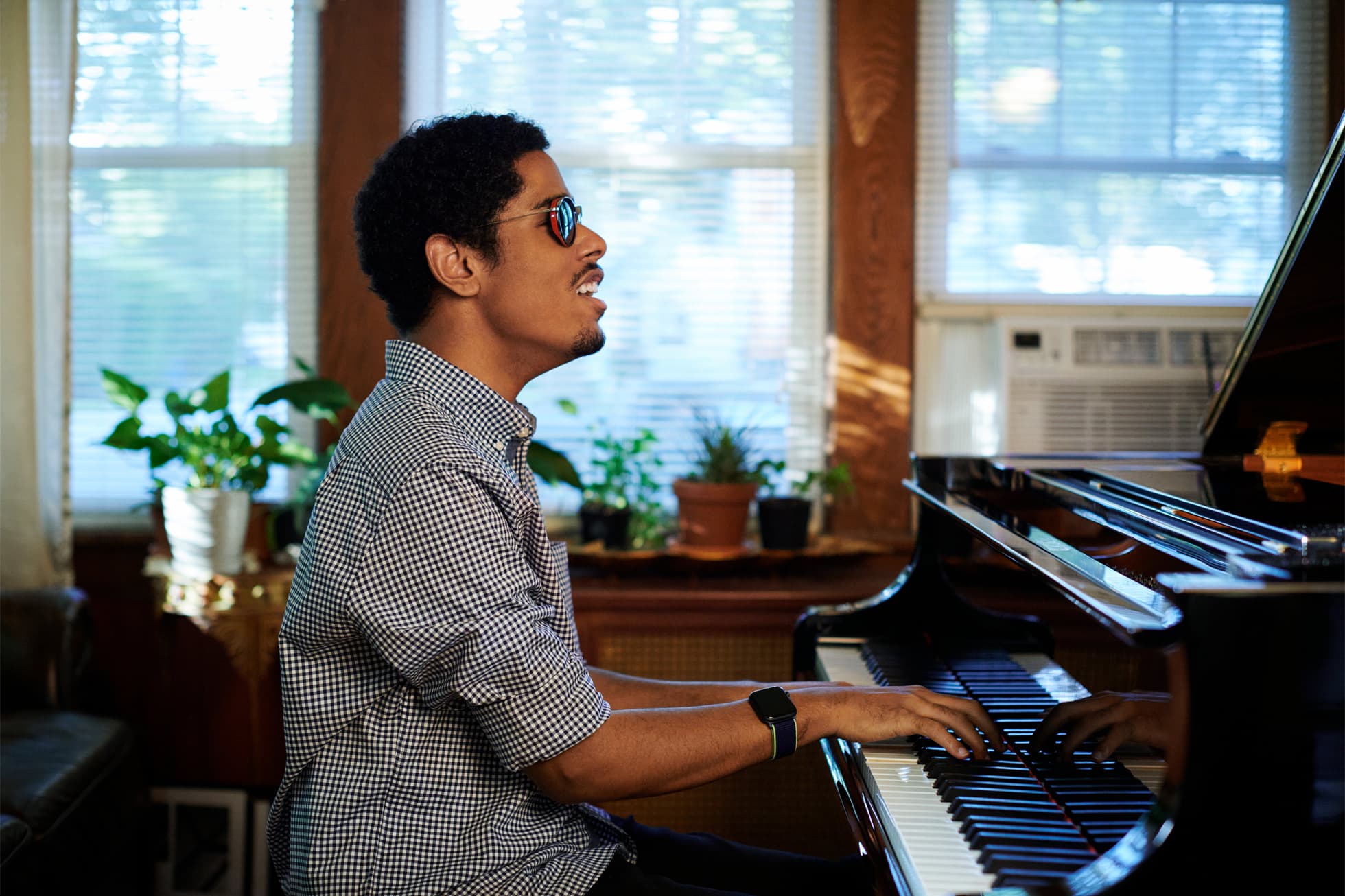 Accessibility is one of the primary goals for Apple and the products it releases, aiming to democratize the most powerful technology and make it usable by the broadest scope of individuals.

So in a press release sent out today, July 22, Apple, several creatives, and disability rights activities reflect on 30 years of the Americans with Disability Act being in existence, and how accessibility features baked into the hardware and software we use every day makes a powerful impact. Apple promotes elements like Siri, Text to Speech to Voice Control, VoiceOver, and more, important features in the range of products it makes available for consumers to buy.

Accessible technology should be very clear,” says Dean Hudson, accessibility technical evangelist at Apple, who is part of the original team behind VoiceOver, the screen reader that enables people who are blind and low vision to navigate iPhone and Mac. “There really should not be any layer between the things I can do on my iPhone and the things someone who doesn’t have a disability can do.

This press release is filled with personal stories, and it’s absolutely worth a read, especially in light of the 30th anniversary of the ADA in the United States. It tells personal reflective moments from the likes of Matthew Whitaker, who is pictured at the top of this article, a jazz musician who is able to bring his music to life through the power of technology.

When I was young, my parents became very involved with support groups for parents of blind children. They learned about the ADA then. I used to hear the term but it was not until later, as I got older, that I understood what it meant.
History shows that there needs to be laws in place to protect citizens from discrimination due to race, color, religion, and disability. The Civil Rights Act led the way for the ADA by promoting equality. As a Black American with a disability, I value the two equally. They are both just as important in protecting Americans against discrimination.
I still remember the day my dad gave me an iPod touch. I remember teaching myself how to use VoiceOver. I was so happy that I used it every day. 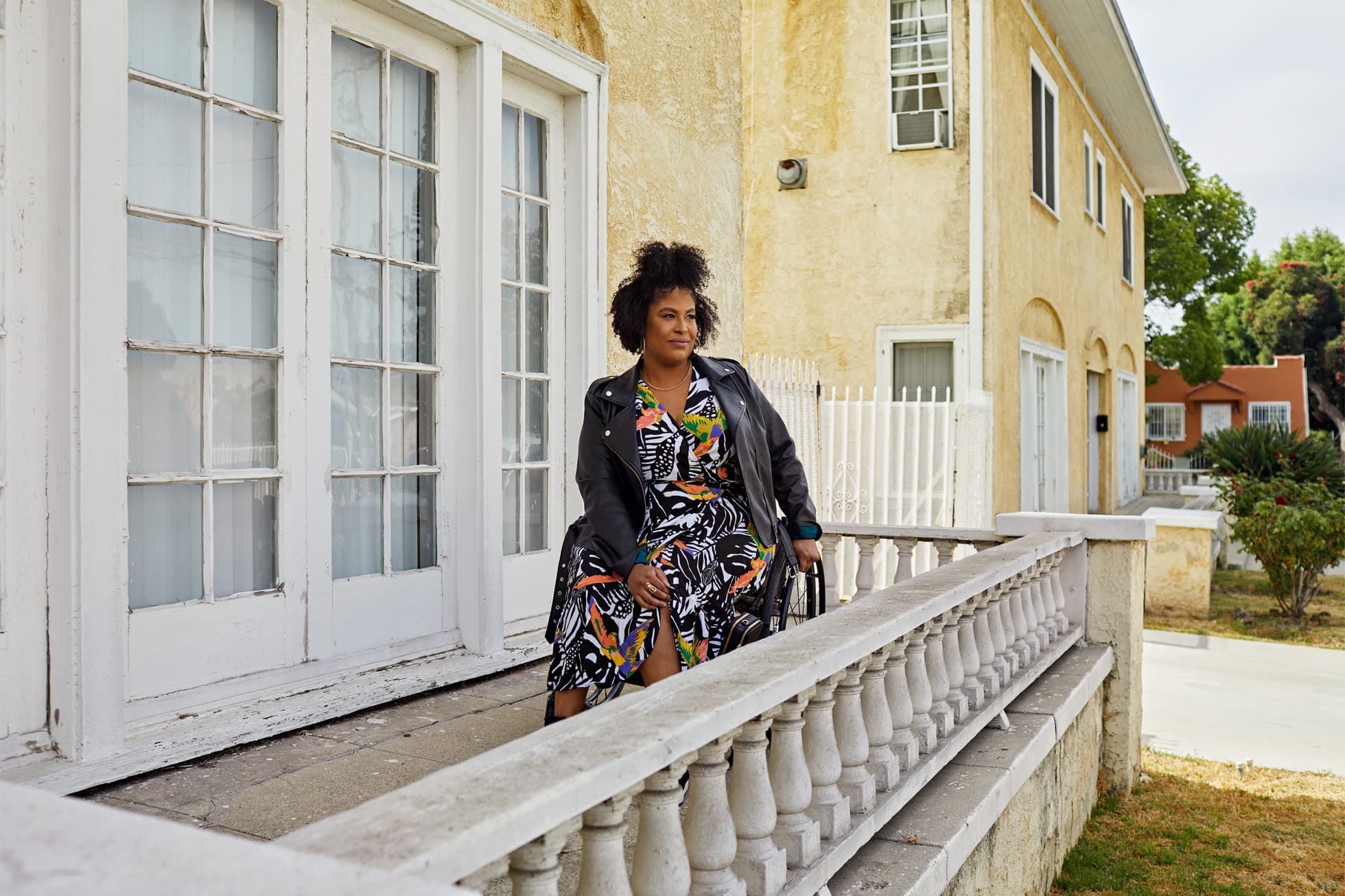 Tatiana Lee (pictured just above) shares her story about being an actress in Hollywood, a business owner, and a Hollywood inclusion activist all the while having multiple disabilities and how a home filled with Apple’s products makes life that much easier, even giving a shoutout to the HomePod:

I am a businesswoman. I run my own Black, disabled-owned business, and it gets complicated trying to navigate it all. Being a person with spina bifida, which is a neural tube defect, I am paralyzed from the waist down, so I use my hands to do everything. They push my chair, do everyday tasks like dressing myself, and do all my typing. But, from being able to copy and paste on my phone to my laptop, to putting reminders on my HomePod, to using Voice to Text, to saying ‘Hey Siri, schedule this meeting’ and using Siri Shortcuts to get things done quicker with my voice, just having the entire Apple ecosystem in my home saves me so much time, thought process, and energy with my hands.
Technology makes my life a lot easier as a person who has multiple disabilities, who is building a full-time empire. I want my community of Black disabled women to feel seen. In the past 10 years, I’ve accomplished a lot in my modeling and acting career despite the barriers. In 2018, I was honored for my contribution to inclusion in Hollywood entertainment as the first woman of color to receive the Christopher Reeves Actor Scholarship. Hollywood is moving in the right direction with so many fantastic film and TV projects with authentic disability portrayal. I’m humbled at the opportunity to play a role in moving the needle forward.

There are other stories as well, and if you’ve got a few minutes you should go over to Apple’s press release and check them out.
Apple’s implementation of accessibility features has been one of the company’s biggest strengths over the years, and an area that other companies have tried to aspire to — which is good news all around. These types of features should be a default mainstay for software and hardware, and technology should not be a restrictive element in our lives. Democratizing technology should be the goal for all of these major companies (and the small ones, too).
If you have used some of Apple’s accessibility features, how helpful do you think they are?
Tags Accessibility Apple HomePod News Siri VoiceOver
Featured Stories