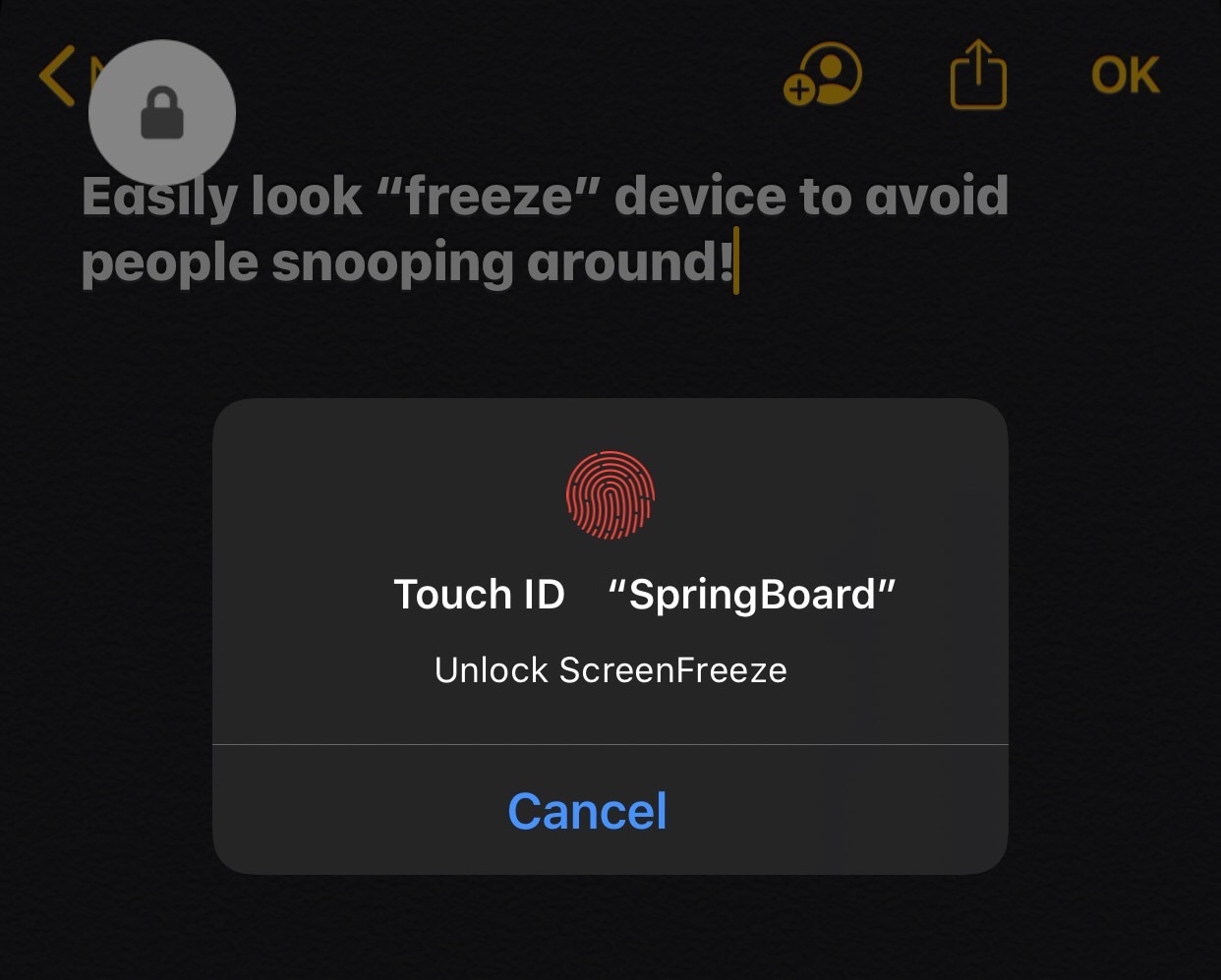 It’s not uncommon at all for someone to hand their iPhone to another person. Albeit a temporary action, this happens when someone wants another person to view a photo or video, try an app or game, or assist them with a troubleshooting matter. As common as this act is, a legitimate concern is what the person will do with your iPhone after you hand it to them.

If you’re among the group of people who get paranoid about someone rifling through your personal data upon handing them your iPhone, and you’re certainly not alone, then you’ll probably come to appreciate the likes of a newly released and free jailbreak tweak dubbed ScreenFreeze by iOS developer Greg0109.

Just as the tweak’s name implies, ScreenFreeze can be used to ‘freeze’ your iPhone’s display on demand, preventing that user from doing anything apart from looking at the screen. ScreenFreeze locks the user out of interacting with the touch screen, using any physical buttons, or invoking any voice commands. In essence, it preserves your privacy while still permitting you to share information with others by handing them your iPhone.

ScreenFreeze is invoked with an Activator gesture and can be deactivated with the same Activator gesture once enabled. When ScreenFreeze is enabled, a Lock icon appears at the top left of the display as shown in the screenshot example above. This compared to Guided Access, which can only be enabled with iOS’ accessibility shortcut, and options are good.

Disabling ScreenFreeze will necessitate some form of authentication, such as Face ID or Touch ID. Failure to authenticate means the device stays frozen until authentication can be completed. This prevents a stranger from getting away from the screen you intended to share with them – perfect for sharing photos with someone and preventing them from scrolling through your entire Camera Roll.

Note: We did notice is that if you don’t have a passcode set and/or aren’t using Face ID/Touch ID, then it will be impossible to unlock ScreenFreeze. You will need to reboot or use Safe Mode to get out of ScreenFreeze and enable some form of authentication to be able to disable the tweak going forward.

ScreenFreeze doesn’t have any dedicated options to configure, but as you might come to expect, you will need to configure an Activator action. Doing so is easy – just open the Activator app or preference pane and select the gesture you wish to assign to ScreenFreeze. This gesture will be used for both toggling ScreenFreeze on and off: 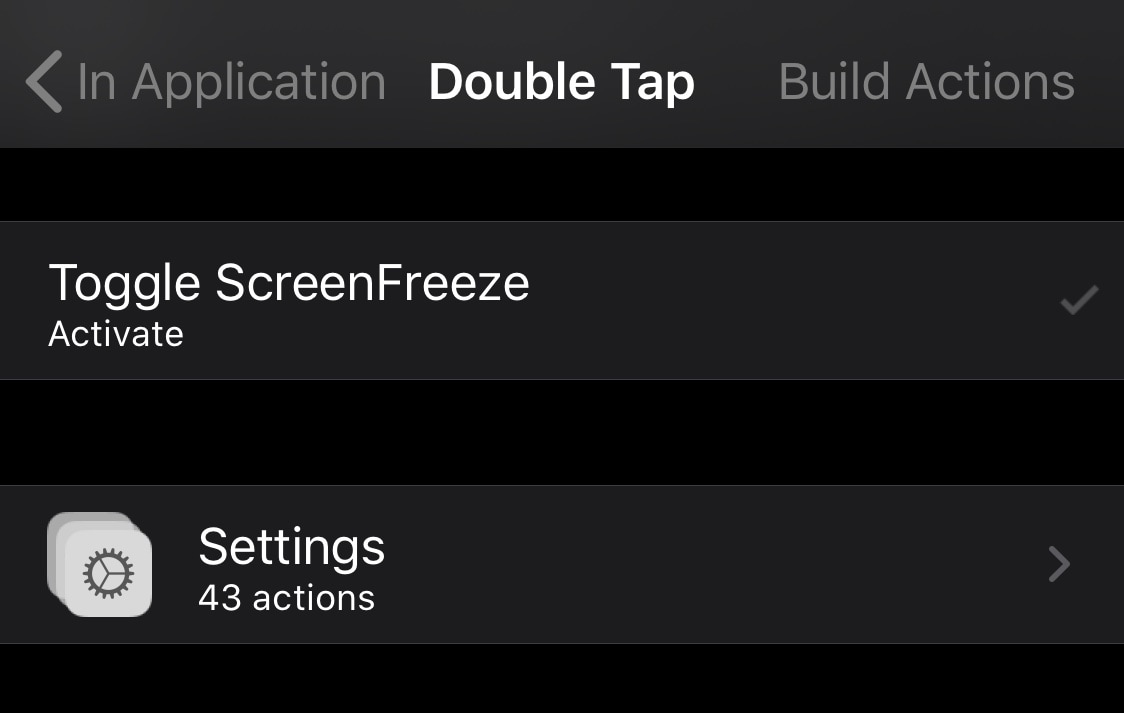 We like that ScreenFreeze utilizes Activator for activation and deactivation because it’s a fairly universal add-on that lets you personalize the gesture you want to use. Chances are that you’ll be the only one who knows the gesture you configure, which adds to the security-centric basis of the tweak.

Those interested in trying ScreenFreeze can download the tweak for free from the Packix repository via their favorite package manager. The tweak supports jailbroken iOS 12 and 13 devices and requires that Activator be installed for configuring a personalized gesture. The tweak is also open source on the developer’s GitHub page.

Do you plan to install ScreenFreeze? Let us know why or why not in the comments section below.