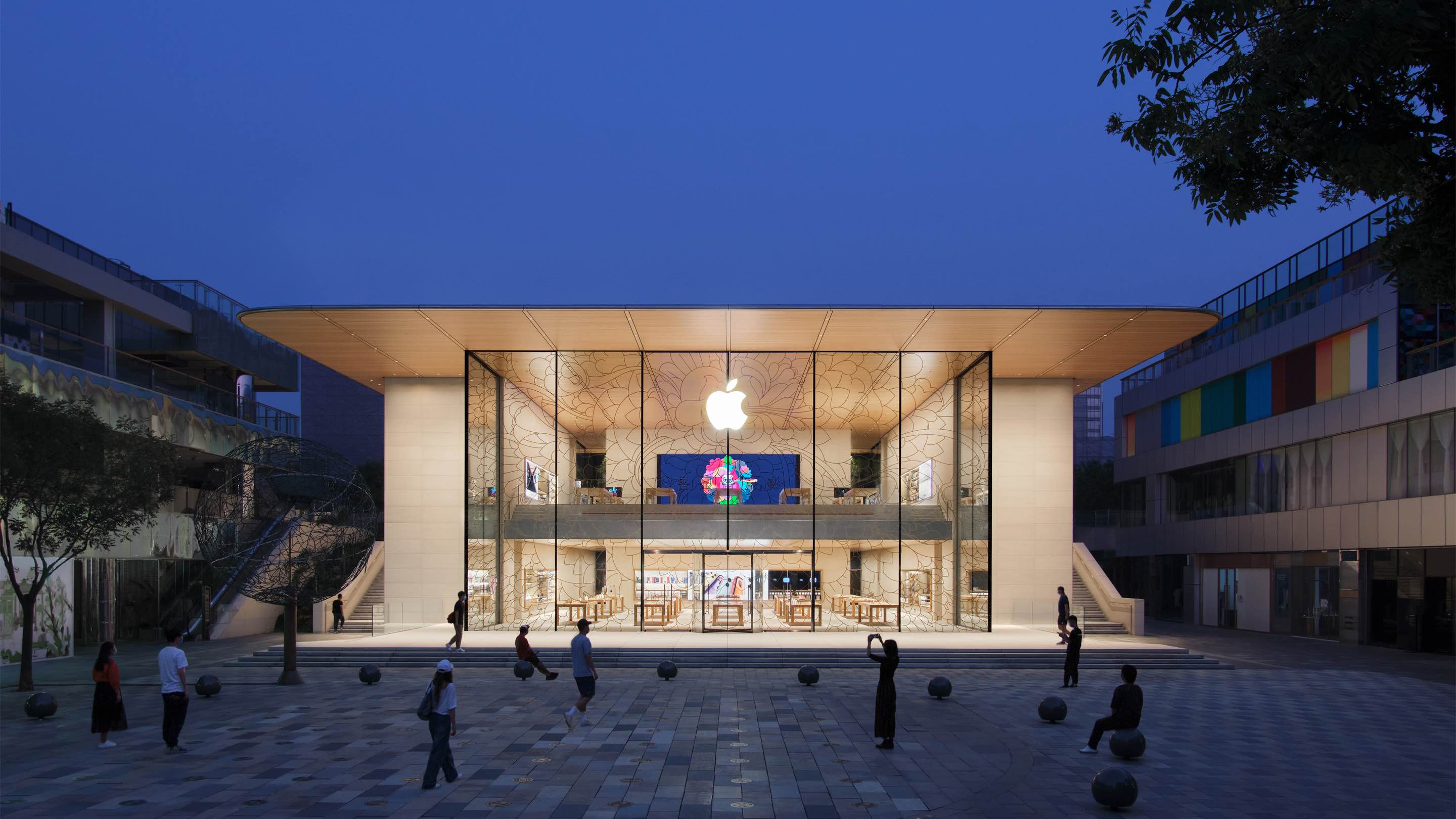 With a multistory pavilion layout, public tree-lined plaza and a massive Forum for creativity, Apple Sanlitun’s new design places it among the greats. Its transparent facade of 33-foot glass panels topped by a canopied solar roof carries a visual lightness while packing symbolic weight. The store has already become the focal point of Taikoo Li Sanlitun mall and an instant classic among Apple fans.

Here are a few images of the store’s interior. 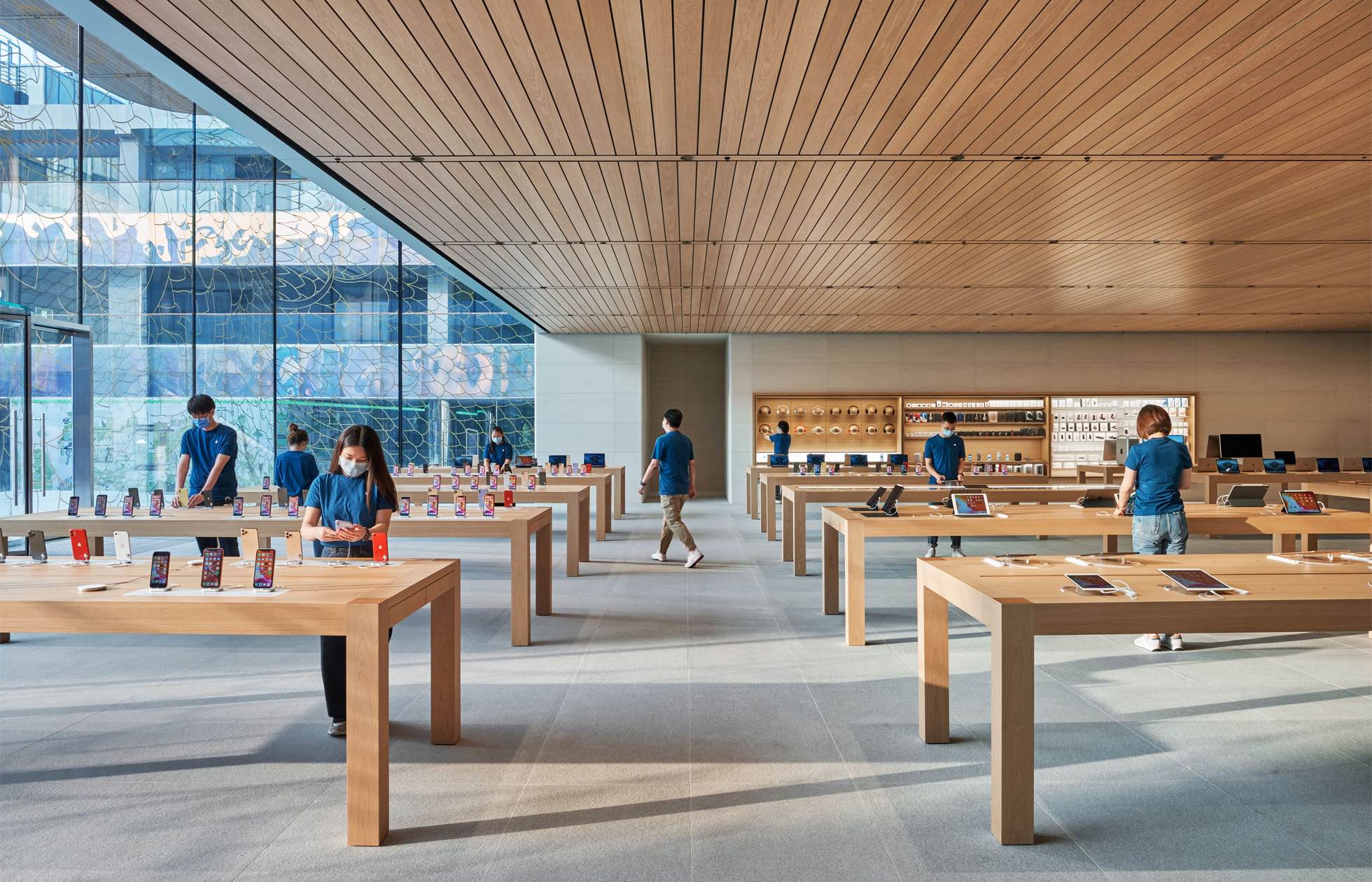 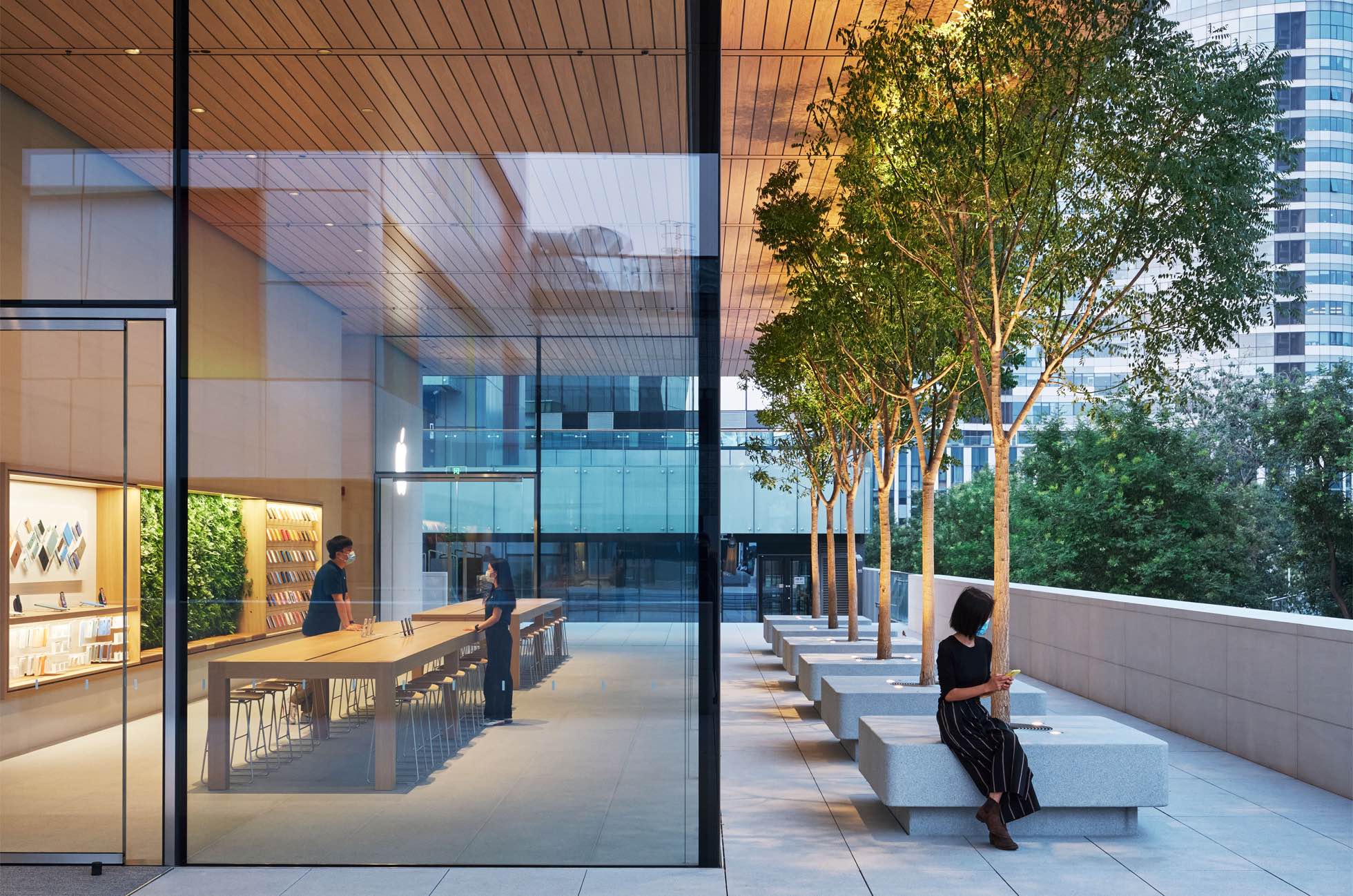 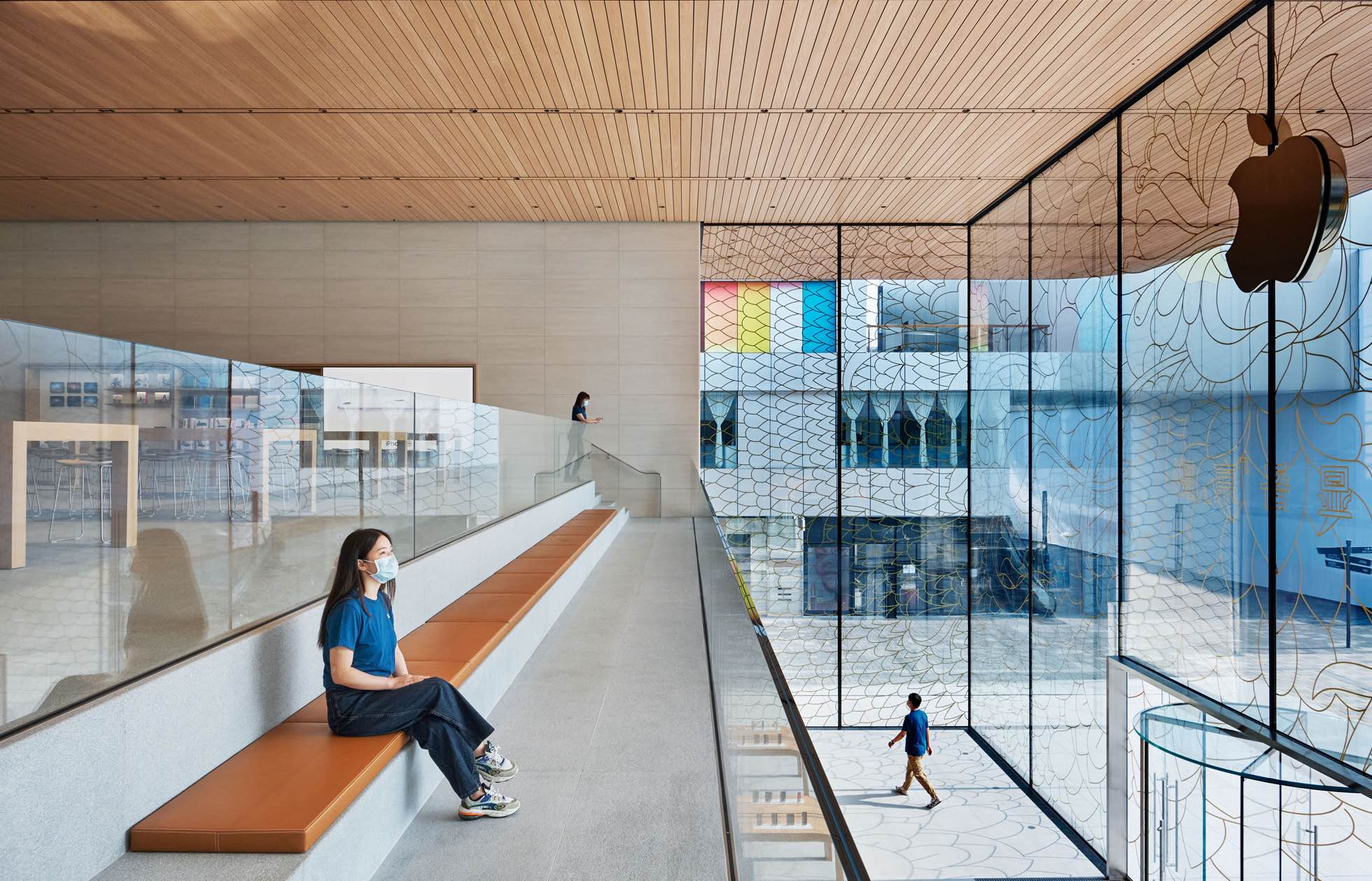 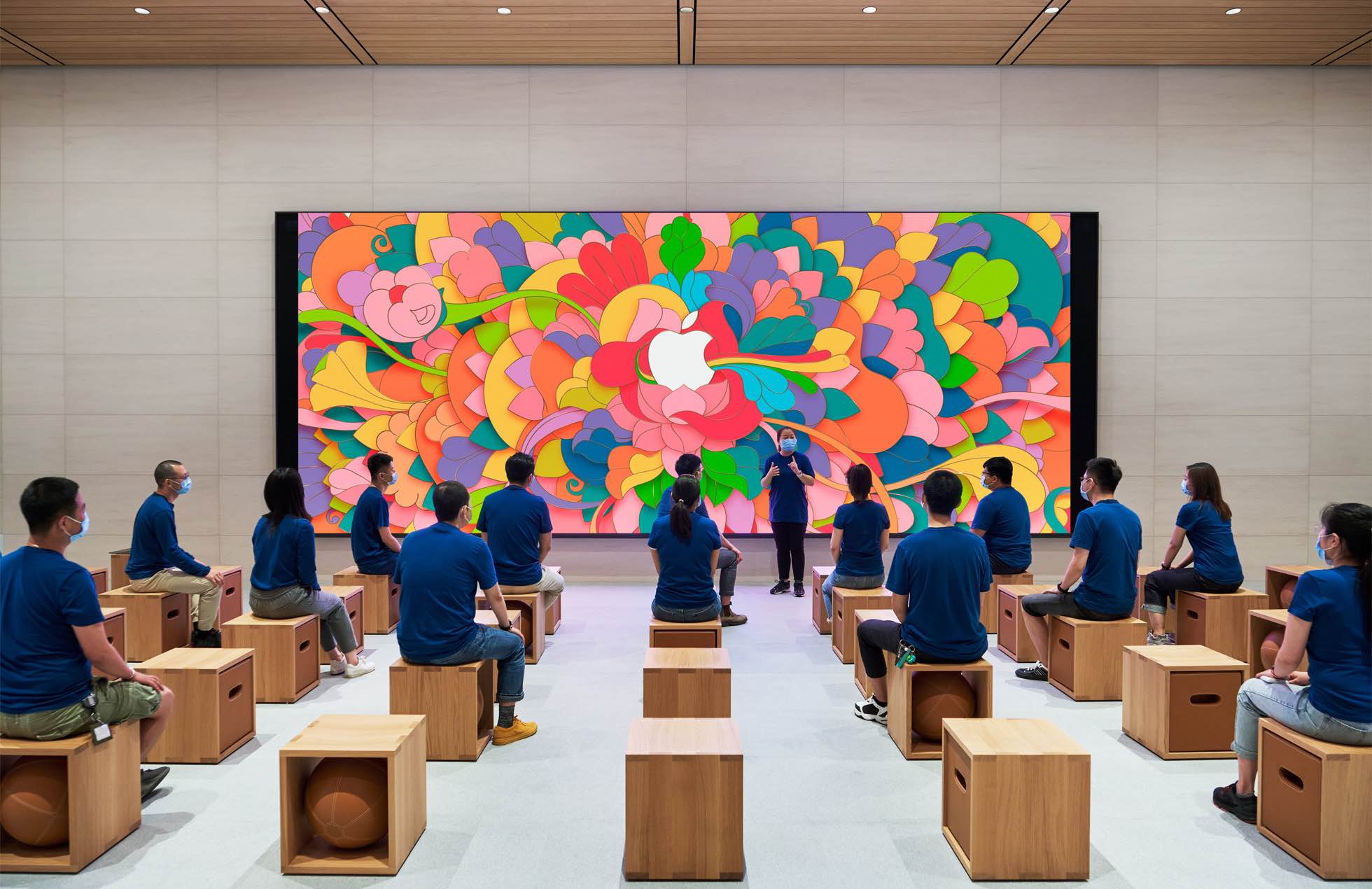 There are two floors in the store:

Two floors of store area, an outdoor space, and 185 team members await visitors. Stone stairs, an escalator, and a pedestrian bridge make the building accessible from just about anywhere in the mall. Alongside the south stairs, a stepped garden filled with Sophora japonica trees and exotic plants extends the length of the store. At the rear entrance, a stone patio dotted by benches and trees is an outdoor extension of the store’s Genius Support area.

Similar to Apple’s flagship stores in other locations, the front of the Sanlitun store features more than a dozen sequoia wood tablets and Avenues along the walls while the rear features spaces for business customers.

Floor two brings a quieter space for service, and someday again, Today at Apple creative sessions. The massive video wall faces out into the mall plaza, visible from the ground to draw visitors inside and upstairs to the Forum.

Apple celebrated store opening with window artwork and a special webpage providing a list of store features and safety procedures, along with an augmented reality store experience.

Apple says that this iteration of its first store in China is twice the size of the original and marks Apple’s use of the first integrated solar array in a retail store in China. This store, like all Apple facilities worldwide, runs exclusively on renewable energy.

Since opening 12 years ago with 52 team members, Apple Sanlitun has welcomed more than 22 million visitors — the equivalent of every resident of Beijing passing through its doors. Now, 33-foot glass panels, fabricated in Xiamen, China, blur the barrier between inside and out, and signature staircases on either side of the store run parallel with exterior stairs to create further transparency and flow. The floors are clad in Padang Light stone from the Shandong province, and the west terrace is lined with Sophora japonica, the official tree of Beijing.

The redesigned store is now home to 185 team members. 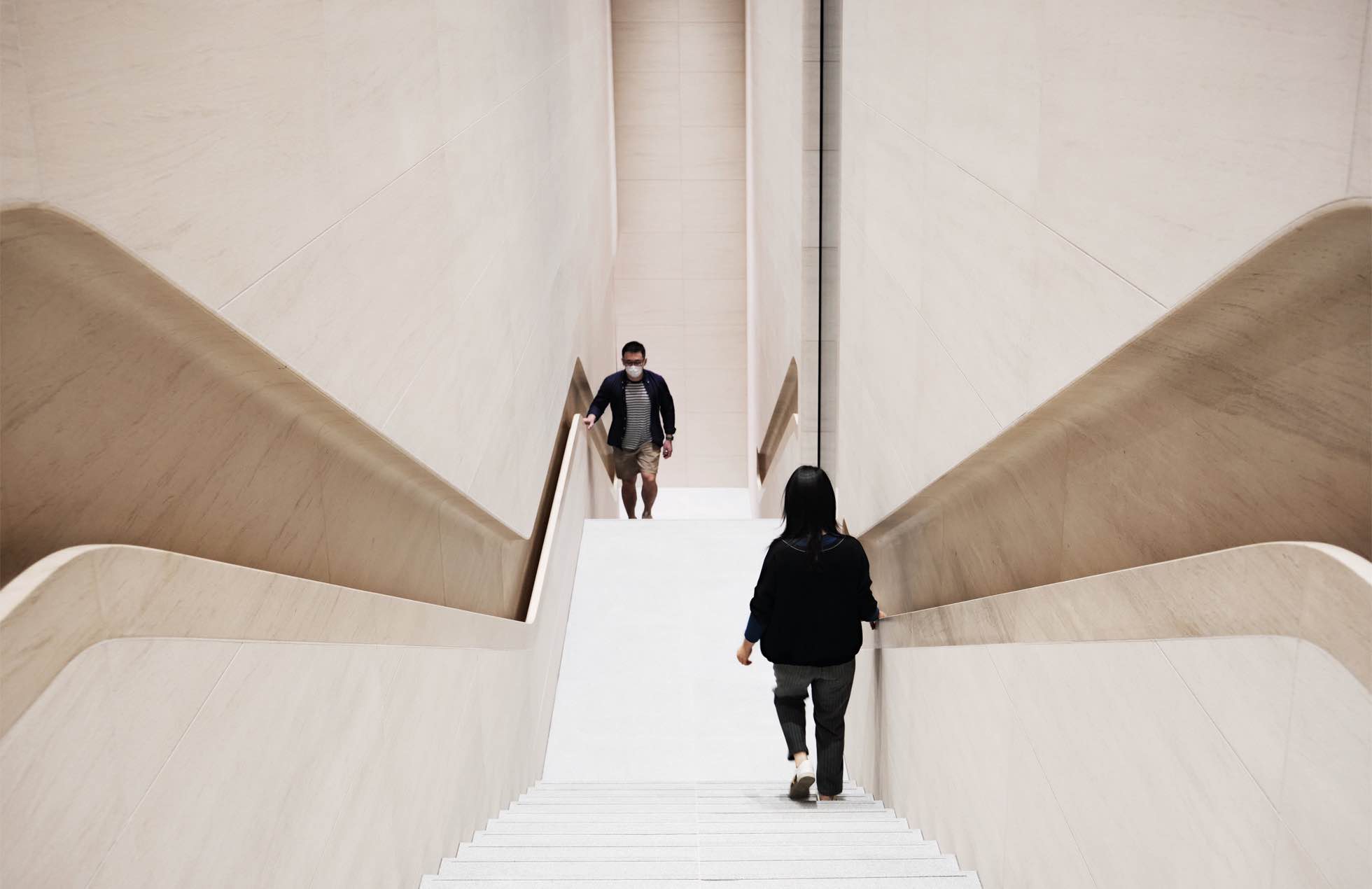 Let us know hat you think in the commenting section down below.