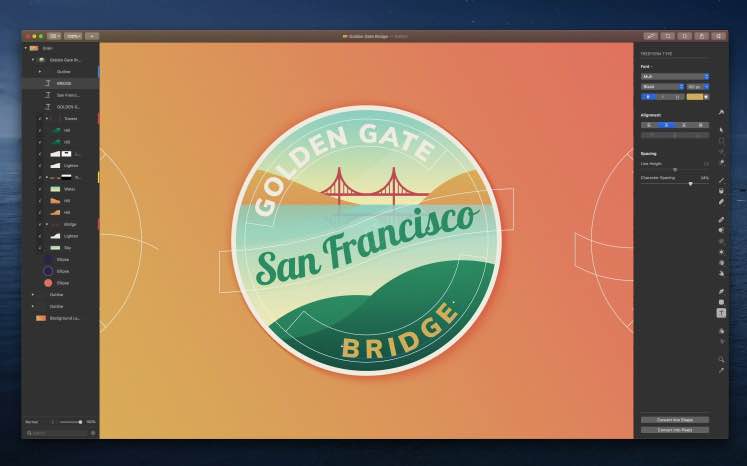 The Pixelmator team on Thursday bumped Pixelmator Pro for macOS to the version number 1.7, and the update includes several solid new user-facing features.

You can now Type text on a path in a circle or any other shape for that matter.

Grouped together with the regular Type tool, the new Circular Type, Path Type and Freeform Type tools (Shift–T now cycles through the currently selected type tool) let you create text layers on paths or your own vector shapes. The feature supports SVG fonts and emoji, and you can use the standard Shift and Option modifier keys when resizing text boxes on paths.

Next, you can now freely rotate the image canvas to any angle:

To rotate the canvas, you can use the standard rotate Multi-Touch gesture. Or, if you’re using a graphics tablet or mouse, you can also press and hold the Spacebar–R keyboard shortcut and drag your canvas to rotate it.

You’ll notice that, when the canvas is rotated, some very handy canvas rotation controls automatically appear, disappearing once the canvas goes rotation is set back to 0°.

The app’s ML Super Resolution feature was boosted. Released last December, it uses machine learning to make possible scaling an image up 4x its original resolution without visible artifacts. In Pixelmator Pro 1.7, they’ve added a progress bar to the feature, enhanced quality and added support for upscaling RAW photos while preserving all their RAW data. 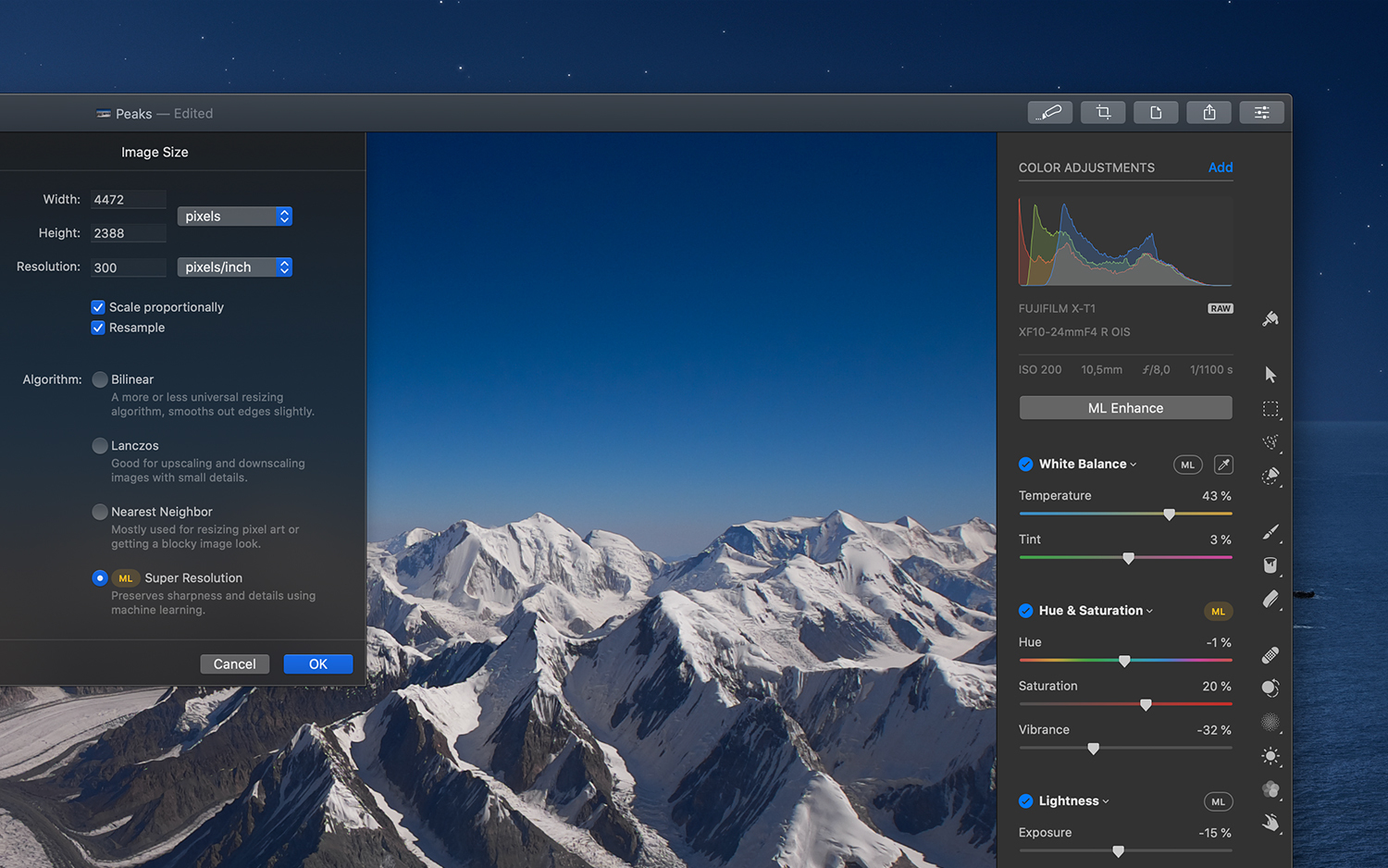 This update to Pixelmator Pro for Mac is is provided at no addition charge to existing users of the software. For further information, be sure to read Pixelmator’s blog post.

Pixelmator Pro for macOS is $40 on the Mac App Store.

There are many great macOS photo editors out there. But when it comes to complex image editing, Photoshop still remains the gold standard.

Pixelmator has always been not only a great alternative to Photoshop, but also one of the best apps on Apple’s platforms because it adopts all of the platform-specific features, like Split View, Metal acceleration and more.

Another great alternative to Photoshop on the Mac is Serif’s cross-platform Affinity Photo.

What’s your favorite image editor on the Mac?