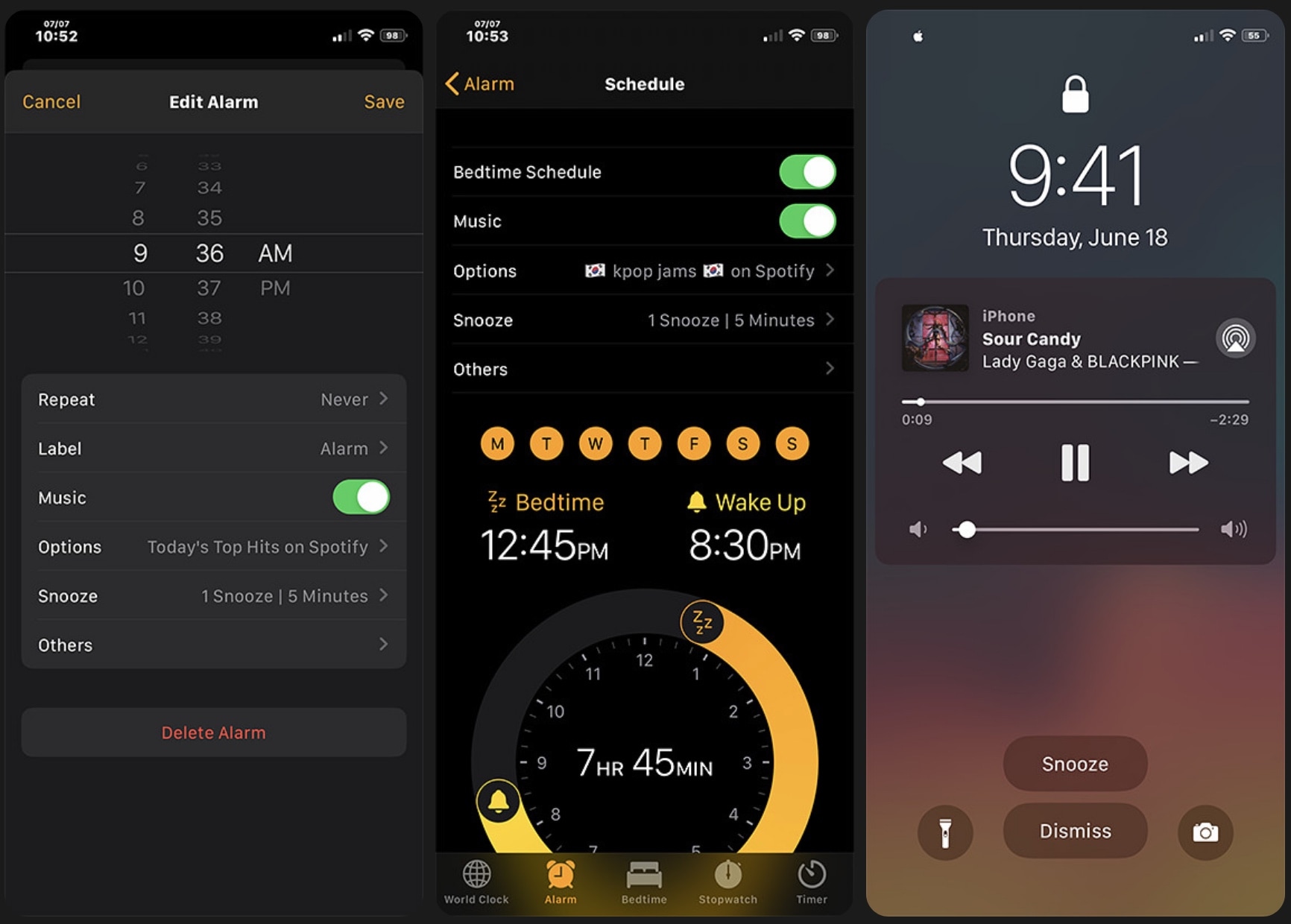 I don’t know anybody that still uses a physical alarm clock. Most people I know are using the alarm feature built right into their smartphone because it’s both free and convenient. Sadly, iOS’ alarm functionality leaves a lot to be desired in many areas, and that’s one reason why there are so many jailbreak tweaks in the wild that offer improvements for iOS’ alarm department.

Adding to that list, a newly released jailbreak tweak dubbed Aurore by iOS developer Micheal Wu (zhenguwu) tries to supercharge the iOS alarm experience with a bevy of new features and options. But is it worth it? That’s what we intend to show you in this piece.

Aurore’s signature feature is the ability to replace the default alarm sounds with music – not just from the Apple Music app, but also from alternative sources including Spotify. Apple Music users can use radio stations or playlists with play and shuffle buttons. Spotify users, on the other hand, can use any playlist, track, or album of their choosing. The developer plans to add support for more apps in the near future.

In addition to using music from third-party sources as your alarm sound, Aurore augments the iOS alarm in several other ways, including:

Once installed, Aurore adds a dedicated preference pane to the Settings app where users can configure the tweak to their liking: 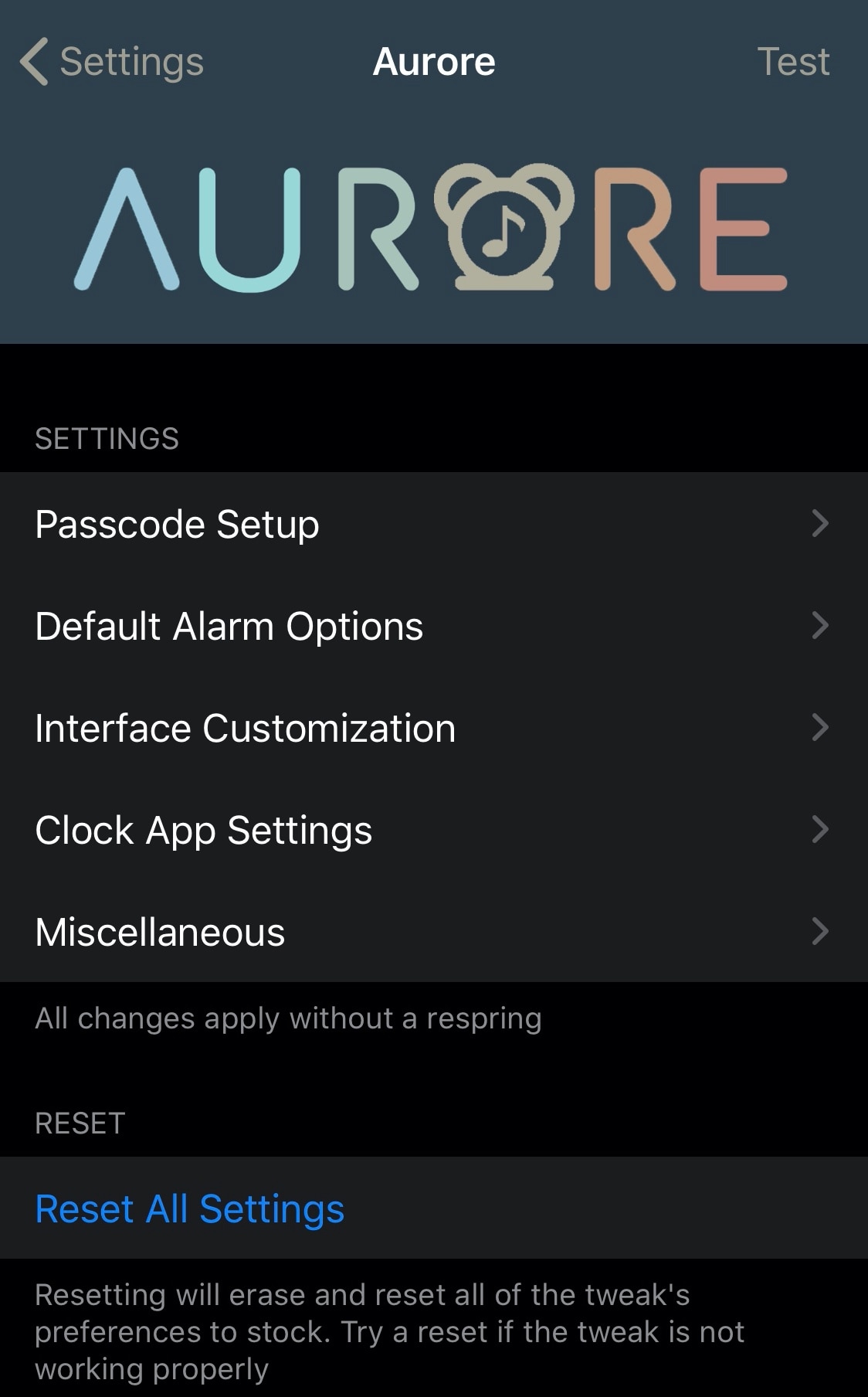 Digging deeper, we’ll show you what you can do in each of the aforementioned sections: 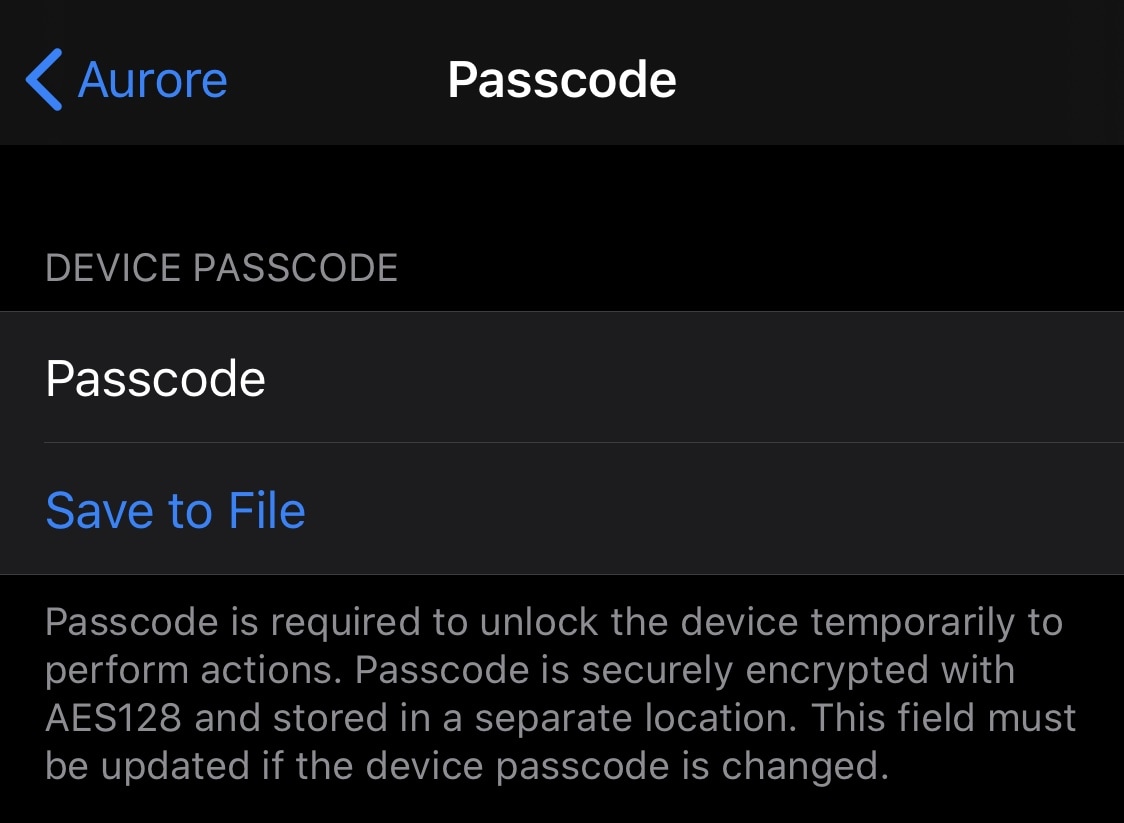 Here, you can enter your device’s passcode to unlock the device temporarily to perform actions.

In the Default Alarm preference pane, you can:

In the Interface Customization preference pane, you can: 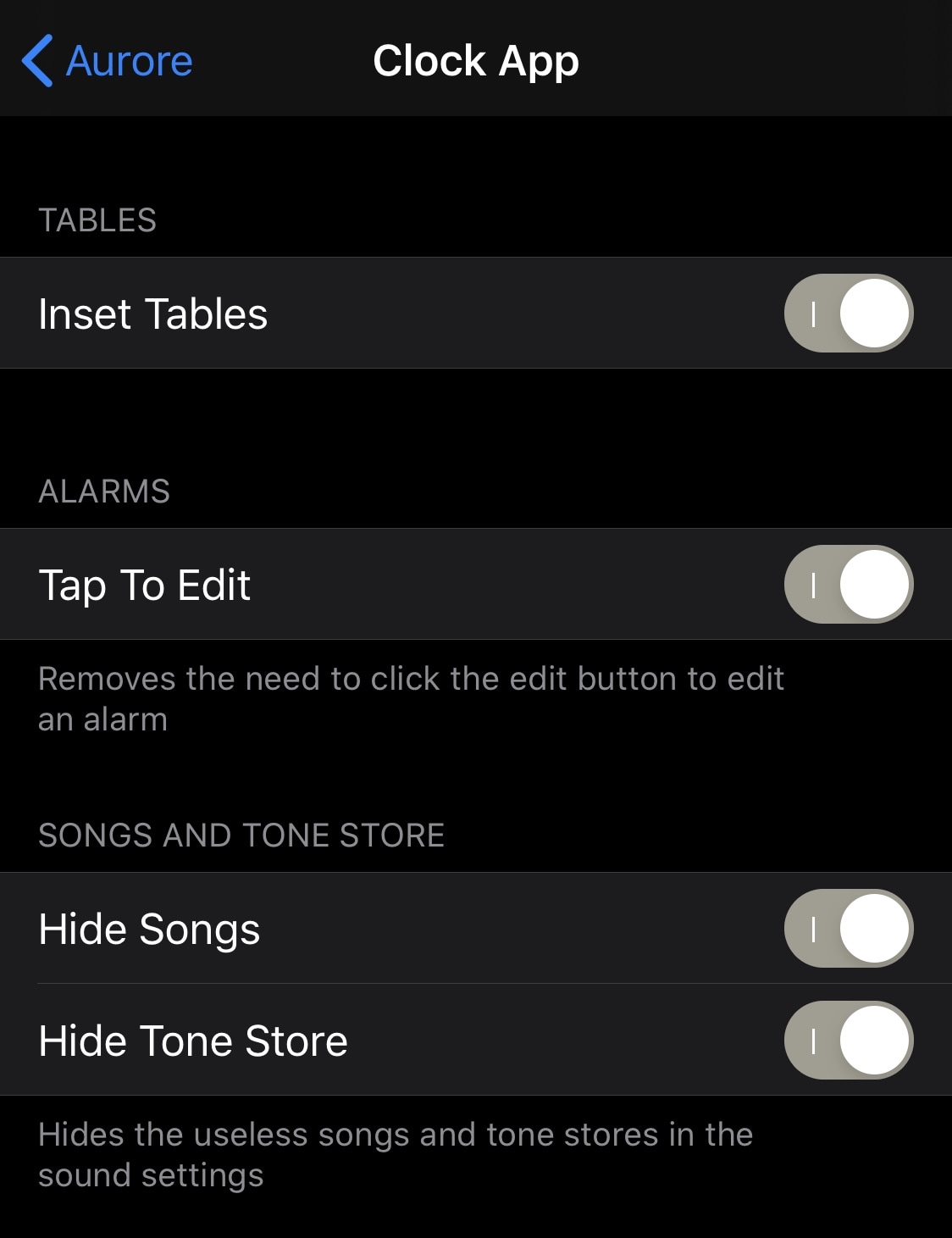 In the Clock App preference pane, you can:

In the Miscellaneous preference pane, you can:

According to the developer, a respring isn’t necessary to save your changes.

If you’re interested in a revamped alarm experience for your jailbroken iPhone, then it’s hard to go wrong with Aurore. The tweak offers several compelling options, including the use of Spotify for a music source, along with interface optimization and customization that isn’t possible on a stock handset.

Those interested in trying Aurore can purchase the tweak for $1.99 from the Twickd repository via their favorite package manager. The tweak supports pwned iOS 13 devices.

Do you have plans to augment your iPhone’s alarm interface with Aurore? Let us know why or why not in the comments section below.