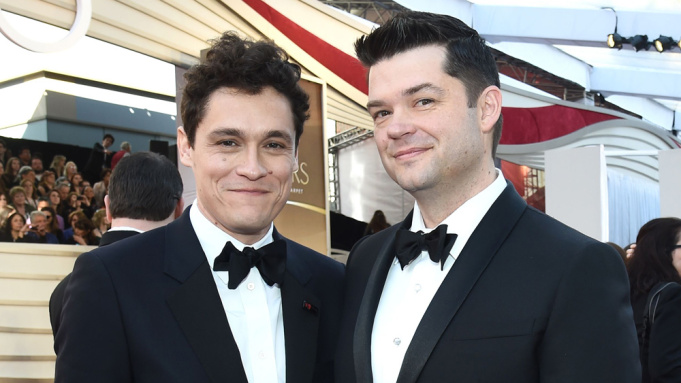 We’ve reached the point where Chris Miller and Phil Lord are finally working with Apple to bring content to Apple TV+.

Deadline is reporting on Wednesday that Phil Lord and Chris Miller (Spider-Man: Into the Spider-Verse, The LEGO Movie) are bringing a brand new series to Apple TV+. It’s called The Afterparty, and Apple has already ordered the series which will be directed and executive produced by Lord and Miller. It will consist of eight episodes. It is a single-camera series billed as a “murder mystery comedy” and set at a high school reunion afterparty, so it’s obviously covering a lot of bases here.

Miller has reportedly written the series, and the production has already landed a line producer. A lead has not been nailed down just yet, but that is currently in the works as well. The project is being brought to life by Sony Pictures TV, but Apple TV+ will debut the series at some point in the future.

After Party marks the biggest piece of development to date for Oscar-winning writers/directors/producers Lord and Miller under the massive five-year overall deal they signed with Sony Pictures Television in April 2019.

This is just another major deal for Apple TV+, both in content and in creative talent. Both Lord and Miller have made a name for themselves in Hollywood for helping to bring some of the most acclaimed content to viewers. It will be interesting to see what After Party (or whatever it ends up being called) brings to Apple TV+.

No word on when production will start, but considering a lead actor hasn’t been hired just yet, we’re still a ways away from this one gracing our screens.