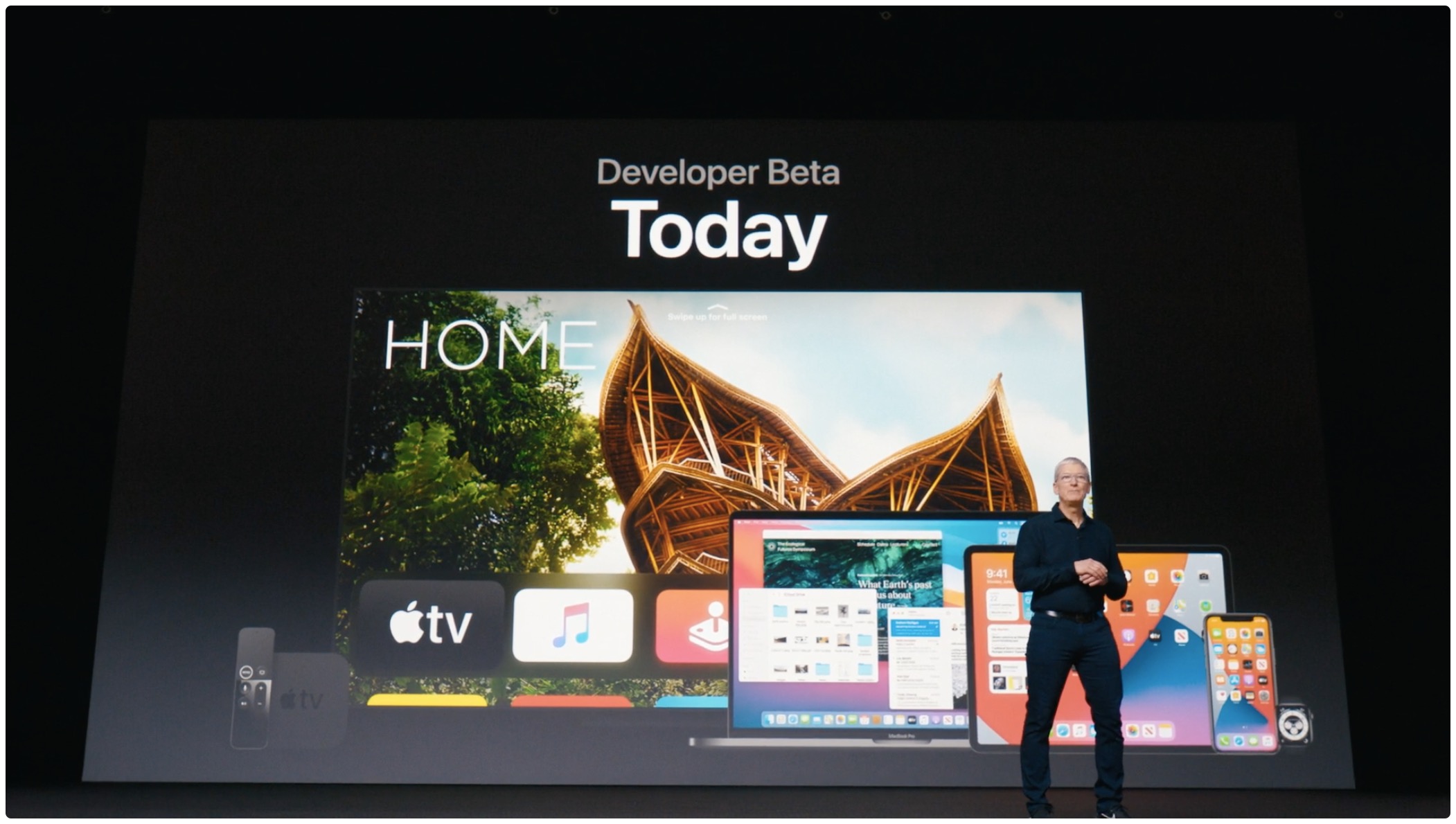 Earlier today, Apple hosted its special event keynote at this year’s all-online Worldwide Developers Conference, and, as such, unveiled the newest versions of its operating systems.

And now that the show is over, Apple is ready to move forward with the first developer betas of all of the new platforms it has just unveiled. This is the first time that developers all over the globe will be able to get their hands on the newest versions of the platforms, and they can start working on their apps to be ready for the software’s public launch later this fall.

For registered developers, the first betas of iOS 14, iPadOS 14, macOS Big Sur, watchOS 7, and tvOS 7 are available now. They can be downloaded and installed from Apple’s dedicated developers site. Future betas will be available as over-the-air (OTA) software updates.

You can check out all of the new features for each of these platforms in the links below:

Apple also confirmed that a public beta for watchOS 7 is coming, a first for the smartwatch.

The first public beta for these platforms will arrive sometime in July.