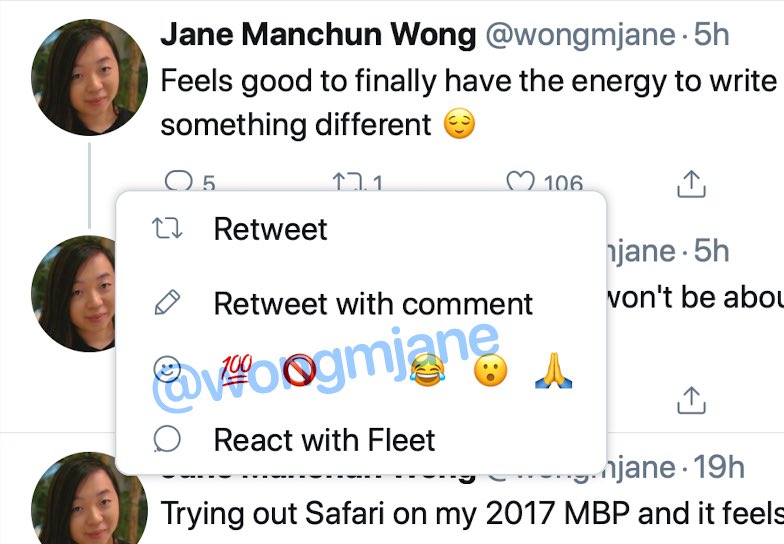 Twitter has been caught testing six different reactions to tweets that look and behave similar to the collection of reactions that are available on Facebook.

Like with Facebook, reactions on Twitter are an extension of the Like button, giving you more ways to express how you feel about a tweet beyond liking it. As you may recall, the company released the reactions feature for Twitter’s direct messages earlier this year.

The Verge notes that reverse engineer Jane Manchun Wong was able to spot at least half a dozen different emoji reactions in the beta of Twitter’s mobile app.

Aside from responding with an emoji reaction, there’s also the option to React with Fleet, which The Verge explains is a reference to Twitter’s Snapchat Stories-style disappearing tweets available in a handful of markets alongside the Retweet and Retweet with Comment options.

More information about the React with Fleet option is available on Twitter.

As SocialMediaToday notes, Twitter has experimented with emoji reactions back in 2015 when Facebook was developing its own reactions. With that in mind, whether or not the company might soon roll out this feature for everyone to use remains to be seen.

If Twitter does release the feature publicly, will you be using it?