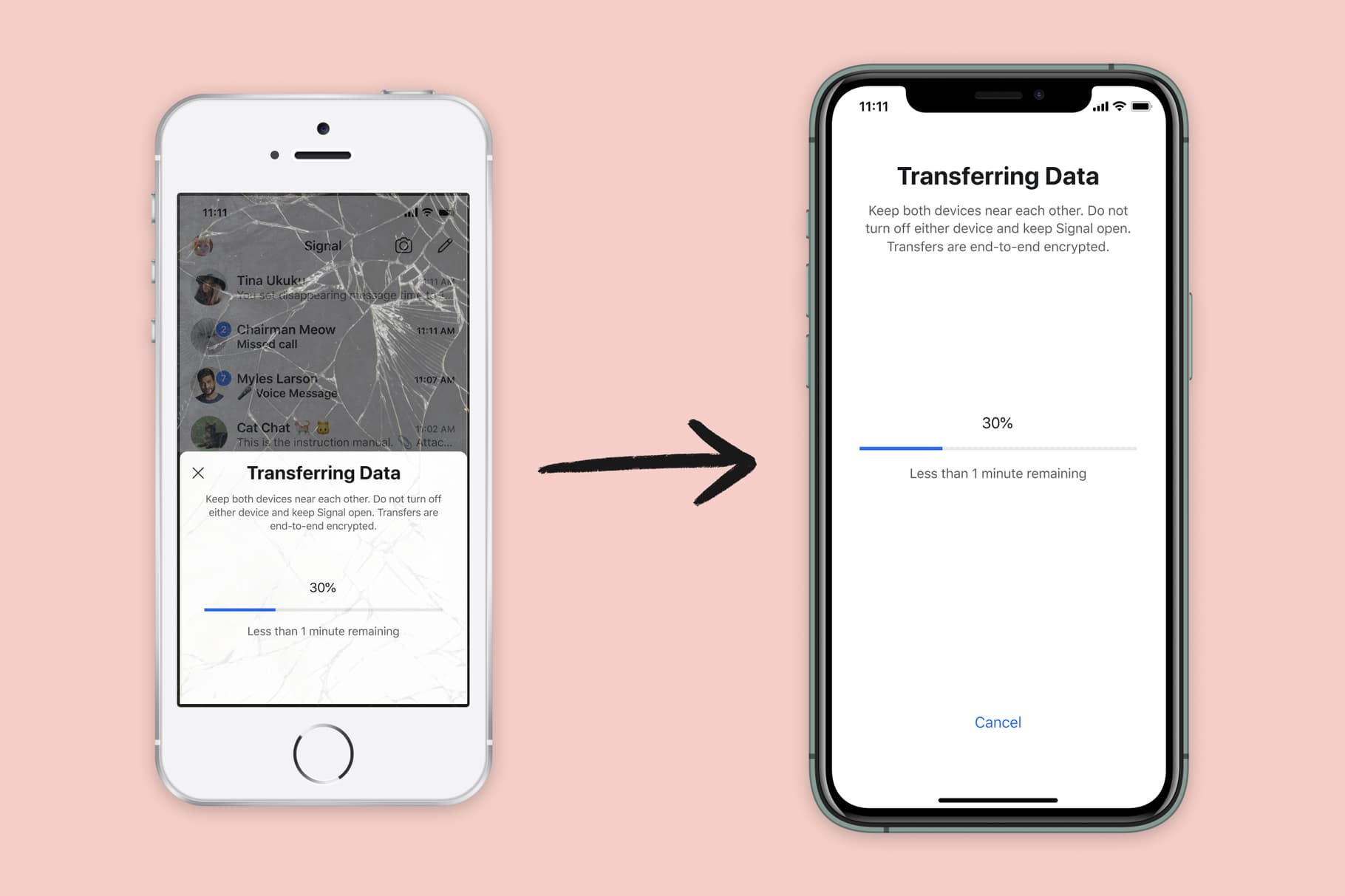 There are many different encrypted messaging apps out there, and Signal is one of the more popular options. And now users don’t need to worry about losing their chat histories just because they’ve upgraded to a new iPhone.

As noted by The Verge, the official Signal app technically added support for this new feature last week when it was updated to version 3.9.1. However, Signal is now making the new feature official. According to Signal, this is the first time that not losing any information when upgrading to a new device has been possible, at least as far as iOS is concerned.

It isn’t as seamless as some might want, but it’s good to have nonetheless. It requires a QR code, which will be generated on the new device a Signal user is upgrading to. The user will need to scan that QR code with the older device, and then the two phones will set up either a direct Bluetooth or Wi-Fi connection (based on which is supposed by both handsets). The two devices will then transfer the data on the local network, which means there won’t be any information that finds its way to a third-party server along the way.

Signal generates a unique keypair for the encrypted device-to-device connection, and a MAC is embedded in the new device’s QR code so your existing device can verify the connection.

The QR code itself does not include any sensitive information. If someone else is in the same room and dives across the table or races to scan it first, the worst-case scenario is that they could start transferring their data to the new device before you.

Signal says this is the best way to straddle the line between convenience and security. What’s more, even large file transfers can happen quickly thanks to the local-focused transfer. This will keep the transfer key in the user’s hand, which will likely be a welcomed addition for users of the encrypted messaging app.

Details to be aware of: this feature won’t work between an iOS device and an Android device, or vice versa, so be aware of that. And, obviously, you’ll need to make sure not to wipe your Signal data on your older device before you upgrade to the new one. Not unless you’re willing to wipe the slate clean as you make the leap to your newer iPhone.

Keeping things local is a nice move. Even iMessage encrypts its chat history in iCloud — which Apple has keys to access, which it can then decrypt. Another popular messaging app, WhatsApp, can let users transfer their chat histories, too, but those histories are stored in iCloud or Google Drive depending on your mobile operating system of choice. And those backups aren’t protected by end-to-end encryption at all.

If you’re a Signal user, make sure to upgrade to the newest version of the app so you have access to this feature.