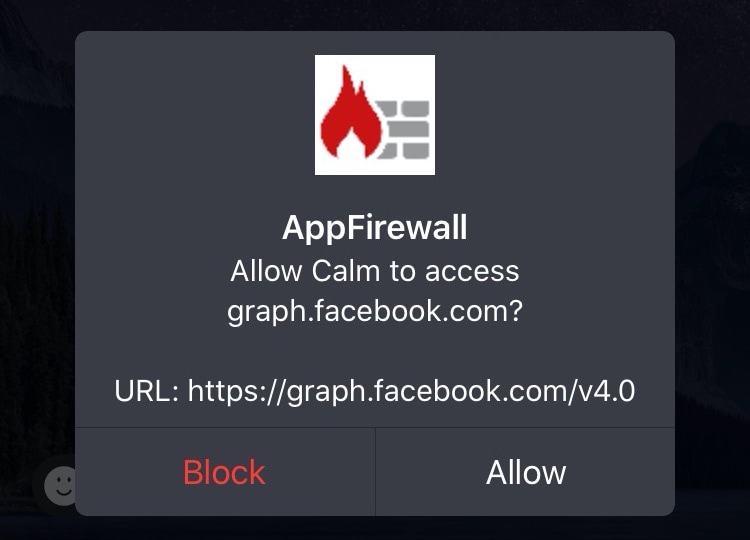 Veteran jailbreakers may remember a time in the distant past when you could install literal software firewalls in the form of jailbreak tweaks. Fast-forward to today when these tweaks a lot less common, and innumerable privacy concerns relating to camera snooping, location tracking, microphone eavesdropping, and the likes have sparked new interest in blocking outbound data communications on our handsets.

If you’re in the market for an increased say in the data that leaks out of your handset to the world wide web, then you’ll probably want to know about a newly released and free jailbreak tweak called App Firewall (iOS 10-13) by iOS developer Brayden Traas, as it can purportedly help you take control of your apps’ network access.

App Firewall is advertised as being able to intercept outgoing connections and prompts you for permission before such actions are allowed to continue. As you might’ve noticed in the screenshot example above, App Firewall shows pertinent information about the app in question, what it’s planning to access, and lets you either confirm or deny the request.

Once installed, App Firewall adds a dedicated preference pane to the Settings app where users can configure a number of firewall-centric options: 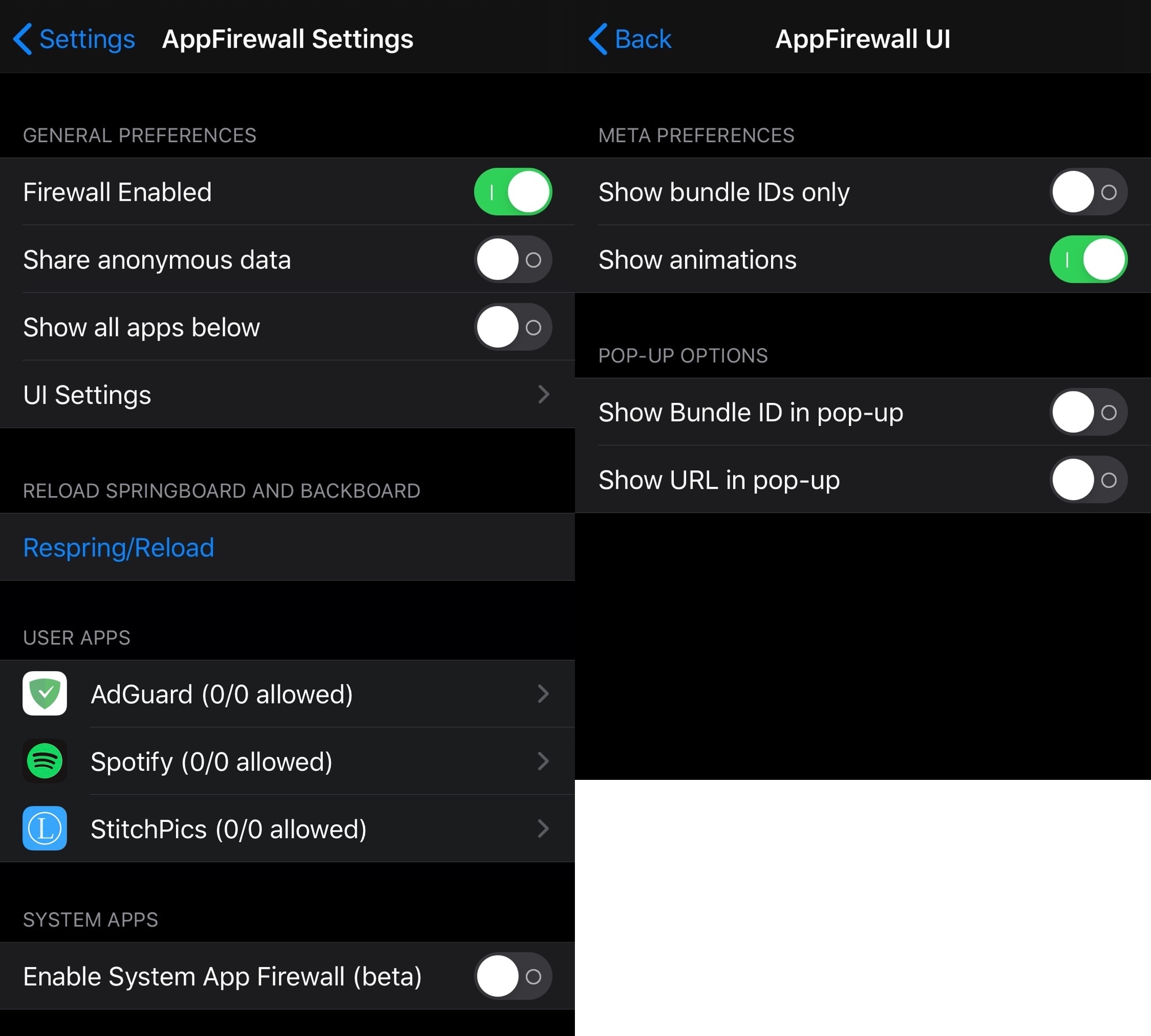 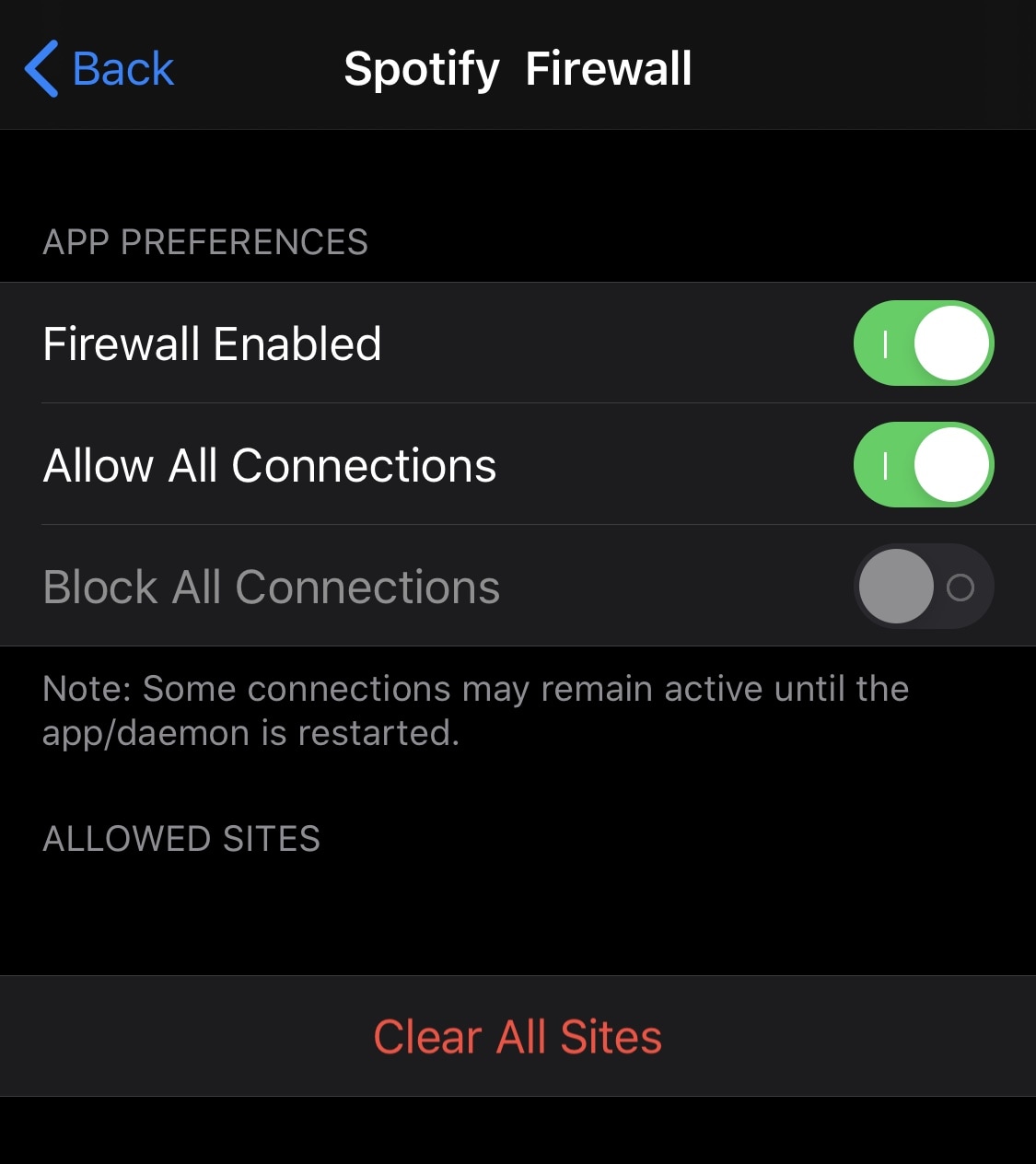 If you’ve ever used the LittleSnitch firewall or anything similar on your Mac before, then a lot of these features may seem familiar to you. It can essentially allow or disallow apps to communicate with the internet when they attempt to, based on your preference. You can rule by the bench, or you can configure global rules that affect all or every connection an app tries to make.

From what we can gather App Firewall is in its beta stages at the time of this writing, and this means that you might expect some bugs in this release. The developer is working to squash all the bugs, and will soon release a pro version of App Firewall with more features after that happens.

Obviously, controlling which apps and services that can connect to the internet comes with potential consequences in terms of handset behavior and functionality if used incorrectly. That said, here’s a note from the developer letting users know that they should proceed with caution:

Use at your own risk. The following features are not supported at this time: Root apps (Cydia, etc.), Some daemons, SpringBoard Inbound connections (SSH, etc.), and Push Notifications. Please note that system-wide kernel tweak issues can potentially prevent essential daemons from starting.

Any issues with App Firewall should, of course, be directed to the developer’s support email so that they can be fixed.

If you’re interested in trying App Firewall while it’s in its Open Beta, then you can download it for free from the BigBoss repository via your favorite package manager. The tweak supports jailbroken iOS 10, 11, 12, and 13 devices.

Why will you or won’t you use a firewall on your jailbroken iPhone? Let us know in the comments section below.