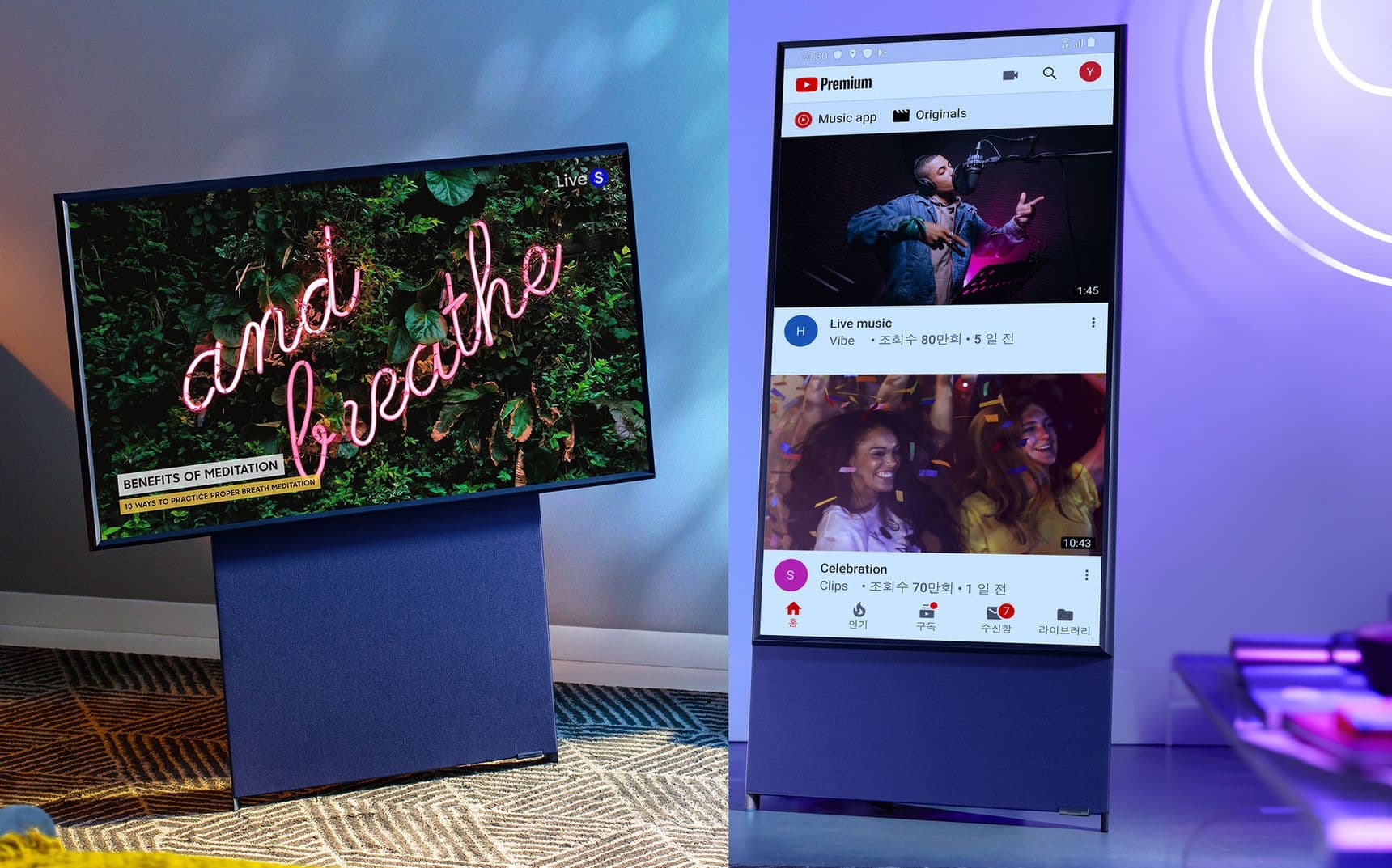 It has been over a year since Samsung first debuted its rotating 4K TV, the Sero, and now the unit is finally available to buy outside of South Korea.

You read that correctly, and as you can see from the image at the top of this article, this is a rotating TV. It will rotate depending on the content you are viewing on the QLED 4K UHD set, which means all those folks out there that enjoy watching portrait content have a TV built specifically for them. It will just set you back $1,999 (or £1,599 for those in the United Kingdom).

The Sero features a 43-inch QLED 4K panel that supports High Dynamic Range (HDR). It is also “mobile-friendly”, and that’s where that portrait orientation really comes in. Samsung bills the Sero as a way for folks to watch video from Instagram, Snapchat, TikTok, and even YouTube where vertical video is a common occurrence.

For owners of the Sero 4K UHD TV that have a “compatible smartphone” like Samsung’s own Galaxy-branded Android devices, they will simply need to tap the phone against the side of the TV to start mirroring the content on their phone. Depending on what’s there, the TV will rotate automatically if need be. Meanwhile, for the iPhone owners out there they’ll need to use a remote to rotate the TV when needed/wanted, but can also use voice commands and Samsung’s own SmartThings app as well.

The TV also supports AirPlay 2, which means iPhone, iPad, and Mac owners can stream content to the TV directly.

Check out the Sero in action in this video from The Verge:

The Sero is available now in the U.S. and the UK. It’s a pretty wild idea, to be sure, but the price tag may be a limiting factor for folks looking to buy a TV.

What do you think of the Sero? Believe it will be the next major design for TVs in general? Let us know in the comments below!