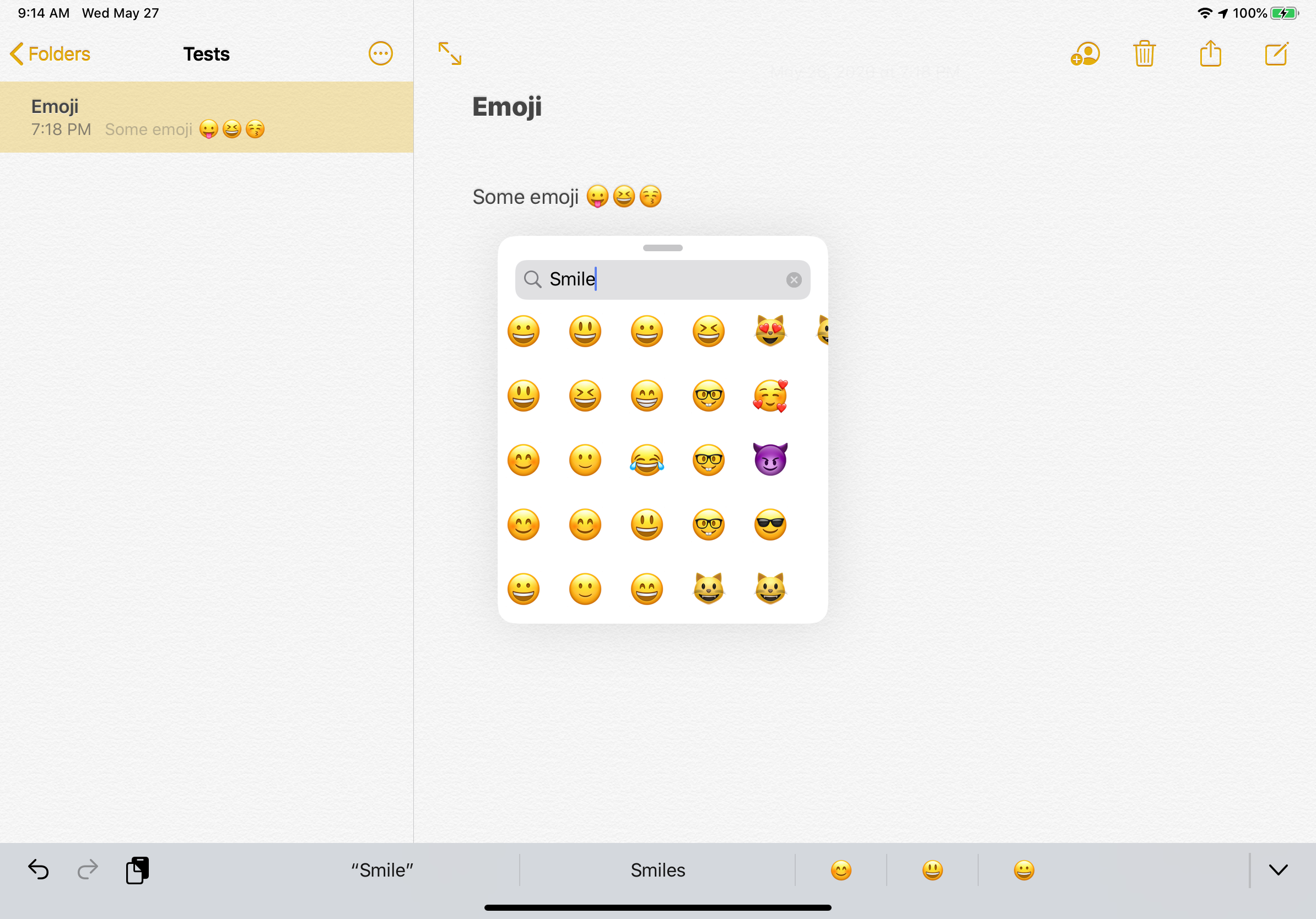 It’s not very often that we see dedicated jailbreak tweaks for the iPad platform, and that’s one of the reasons why we’re particularly excited to show you a new and free release called EmojiPicker by iOS developer Gui Rambo.

As you might’ve ascertained already from the tweak’s rather telling name, EmojiPicker is intended to augment the Emoji-picking interface in iPadOS for whenever you need access to Emojis while typing in various apps.

Citing the tweak’s depiction, EmojiPicker’s primary function is to bring a macOS-inspired Emoji picker to iPadOS. Once installed, the new Emoji picker can be invoked using an external keyboard, such as Apple’s Smart Keyboard, with the key sequence Command + Control + Space. Users can then search the picker for individual Emojis by name and tap to insert those Emojis in the selected text field.

There are some caveats to EmojiPicker, however, such as the fact that it doesn’t work with all apps. Certain ones like Swift Playgrounds use custom text engines, and therefore this is one example of an app that EmojiPicker won’t play nicely with. It’s also worth noting that there’s currently no way to close the EmojiPicker interface without selecting an Emoji, a bug that can hopefully be addressed in a future update.

Obviously, since EmojiPicker is the for the iPad and depends on an external keyboard, this isn’t something you’ll want to install on your jailbroken iPhone or iPod touch. Nevertheless, if you’re interested in trying a macOS-style Emoji picker on your iPad running iPadOS 13, then you can download EmojiPicker for free from the Packix repository via your preferred package manager.

Do you plan to try EmojiPicker, or are you happy with the native Emoji selection interface on your iPad? Let us know in the comments.