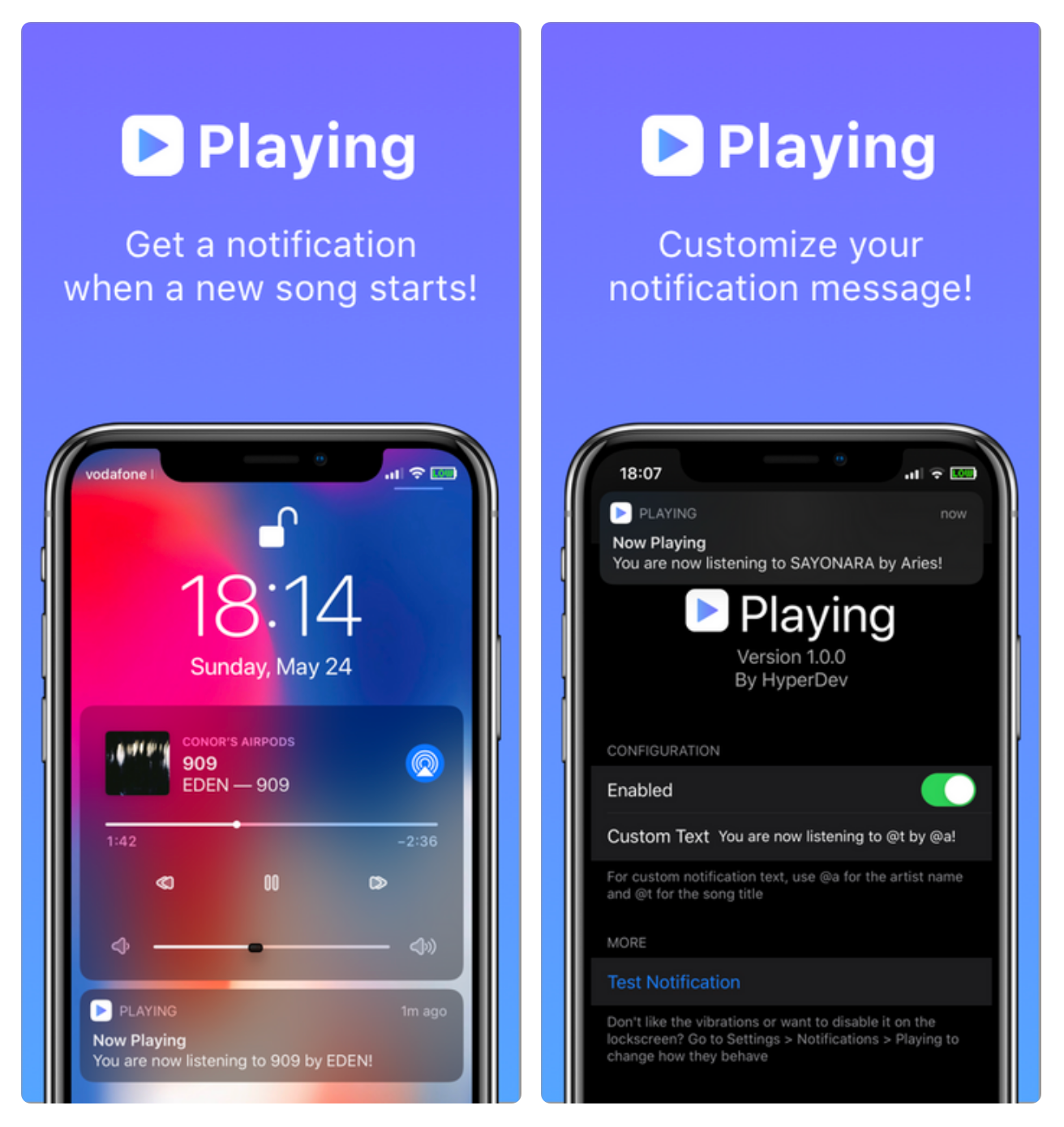 If you’re any bit into music discovery and sometimes find yourself scratching your head about new songs when they begin playing, then we have a somewhat conscious feeling that you’re going to enjoy learning about the likes of a newly released and free jailbreak tweak called Playing by iOS developer HyperDev.

Playing aims to keep you in the loop about Now Playing music as one song ends and another begins by displaying a notification banner with informative details about the new track. By default, the tweak shows you the song’s name and artist, but that can be modified with custom text if it isn’t enough to tickle your fancy.

In the screenshot examples above, you’ll see that a notification banner entitled “Playing” appears just beneath the Lock screen’s Now Playing widget with matching details about the track. These notification banners will also appear elsewhere in iOS, such as in the second example where the banner appears in the Settings app.

Speaking of settings, you’ll notice that there are a few options to configure. Not only can you toggle the tweak on or off on demand, but you can format the banner notification’s text string to appear how you see fit. Upon entering the text you want, you can use “@a” for the artist and “@t” for the title. Playing will automatically fetch this data from your Now Playing app and input it wherever you enter those markers in the text string.

The developer even includes a handy “Test Notification” button at the bottom of the preference pane, permitting users to effectively test their text string formatting to ensure ideal fitment in the notification banner.

If that wasn’t enough, the developer also incorporated Playing into iOS’ native Notifications settings. By navigating to Settings > Notifications > Playing, you can configure how the tweak notifies you just like you can with any other app on your device: 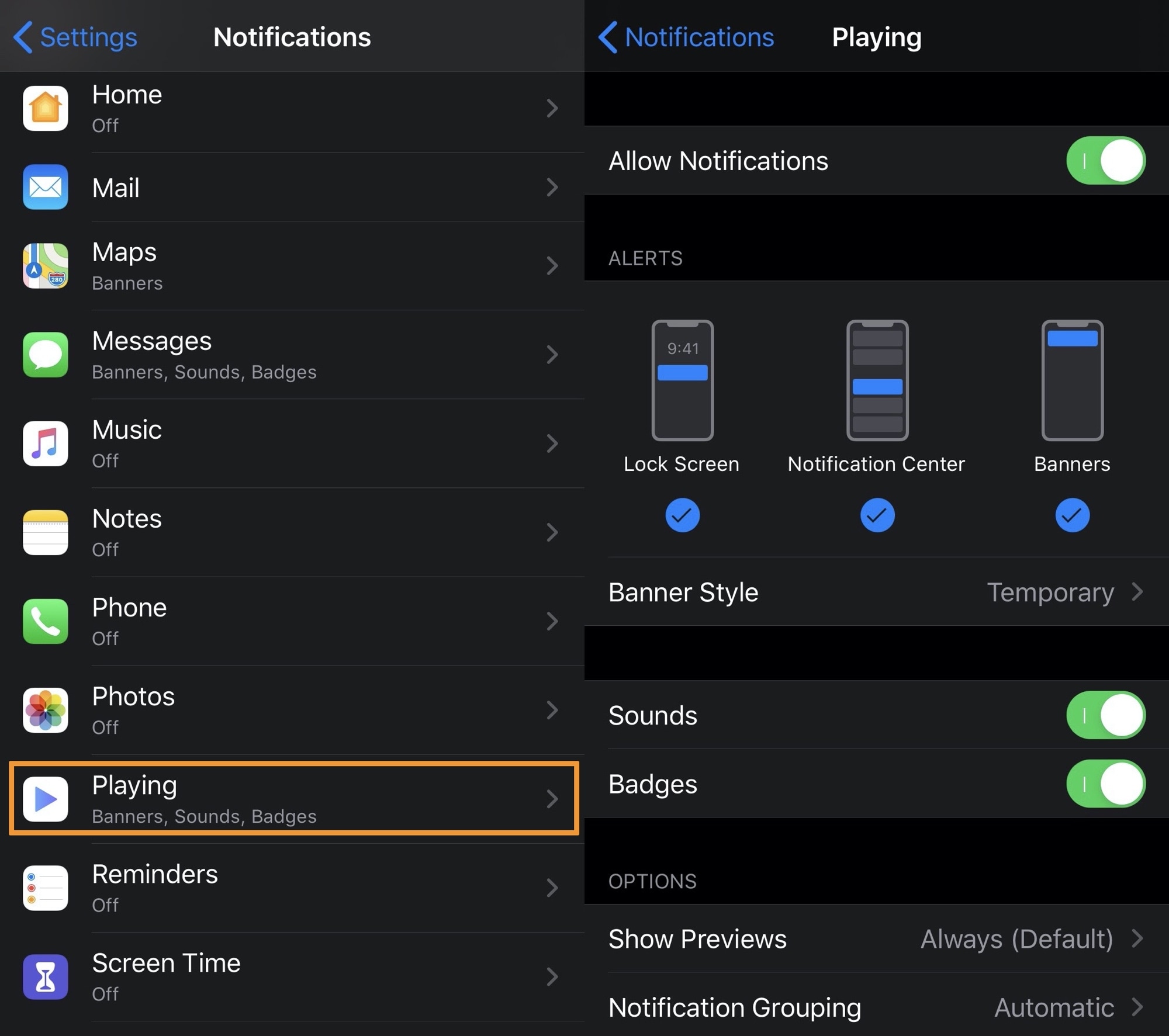 I think it’s important to note that Playing won’t spam you with Now Playing notifications. This was a concern I had the moment I laid eyes on the tweak, but I was pleasantly surprised to learn that Playing automatically deletes the previous notification from your missed notification list before displaying a new one, and this ensures that you always only have one banner to look at via the Lock screen or Notification Center at any given time. Kudos to the developer for that seemingly small, but important feature.

Playing is a nice way to complement the music listening experience on the iOS platform, and if you’re looking for ways to enjoy your new iOS 13.5 jailbreak, then it’s hard to go wrong with a freebie like this one. You can download Playing at no cost from the Dynastic Repo repository via your preferred package manager, and it supports all jailbroken iOS 13 devices.

Do you plan to use Playing for your music listening needs? Tell us why or why not in the comments section below.