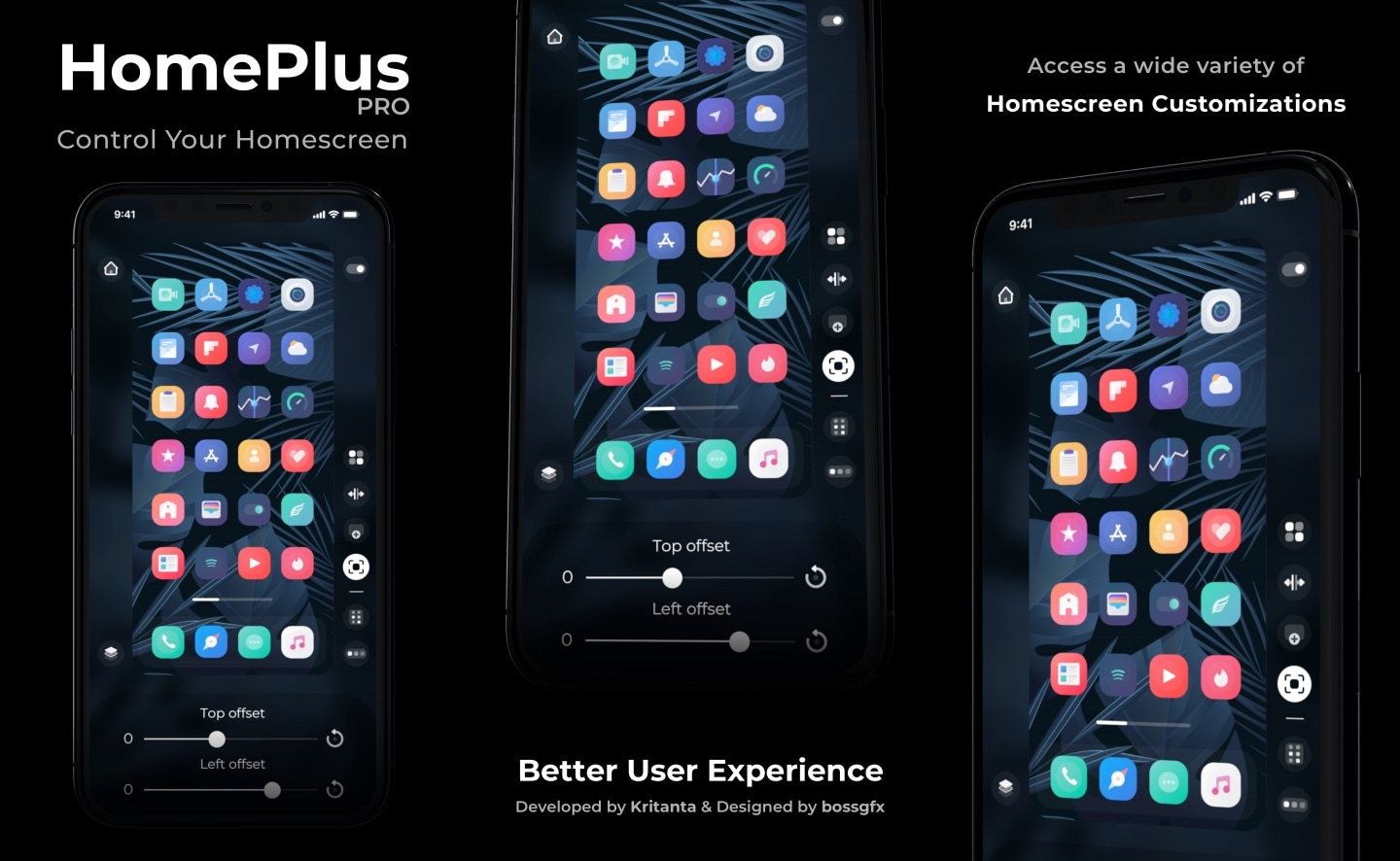 One of the hallmark things you can do with a jailbroken iPhone is customize the Home Screen’s app icon layout. Not only does it help break the monotony that you deal with when everyone around you uses an iPhone, but it also lets you enjoy custom formats for themes, widgets, and other extensions not mentioned here.

While there have been a lot of Home Screen layout-based jailbreak tweaks in the past, a new release dubbed HomePlus Pro by iOS developer Kritanta seems to provide one of the sleekest user interfaces we’ve seen. Best of all, it’s entirely dynamic, which means you can make edits on the fly directly from the Home Screen without spending much time in the Settings app. 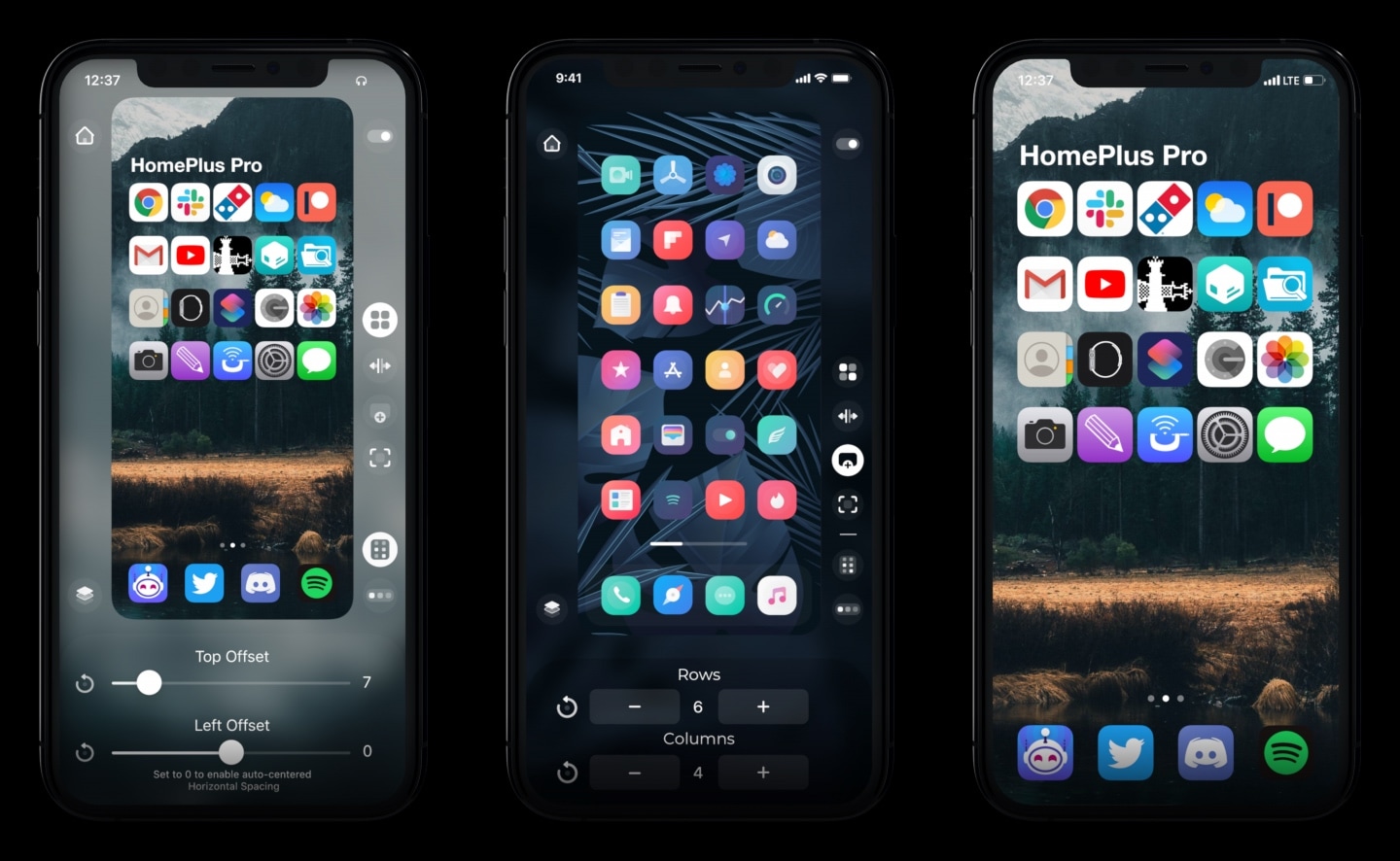 After performing a simple swipe or pinch gesture, you can access the interface depicted in the screenshot examples above directly from the Home Screen. Various panels for adjusting icon spacing and layout settings appear on the right side of the user interface, while pertinent options for each appear at the bottom of your display when a corresponding panel is selected.

While most of your Home Screen editing will be accessible from the Home Screen itself, users will find a dedicated preference pane in the Settings app after installation where they can configure a few tweak-centric options:

The developer includes a Respring button at the bottom of the preference pane to help users save any changes they make to the tweak’s settings.

Whether you’re into theming and Home Screen-based HTML widgets or not, HomePlus Pro is still a great way to obtain a custom Home Screen appearance that most iPhone users will salivate at. Those interested in trying HomePlus Pro out can purchase the tweak for $1.99 from Kritanta’s personal repository via any package manager. The tweak supports jailbroken iOS 13 & 14 devices, and the free edition of the tweak is open source on the developer’s GitHub page.

If you’re not already using Kritanta’s repository can then you can add it to your package manager app of choice via the following URL:

Do you have plans to customize your iPhone’s Home Screen layout with HomePlus Pro? Let us know in the comments section below.