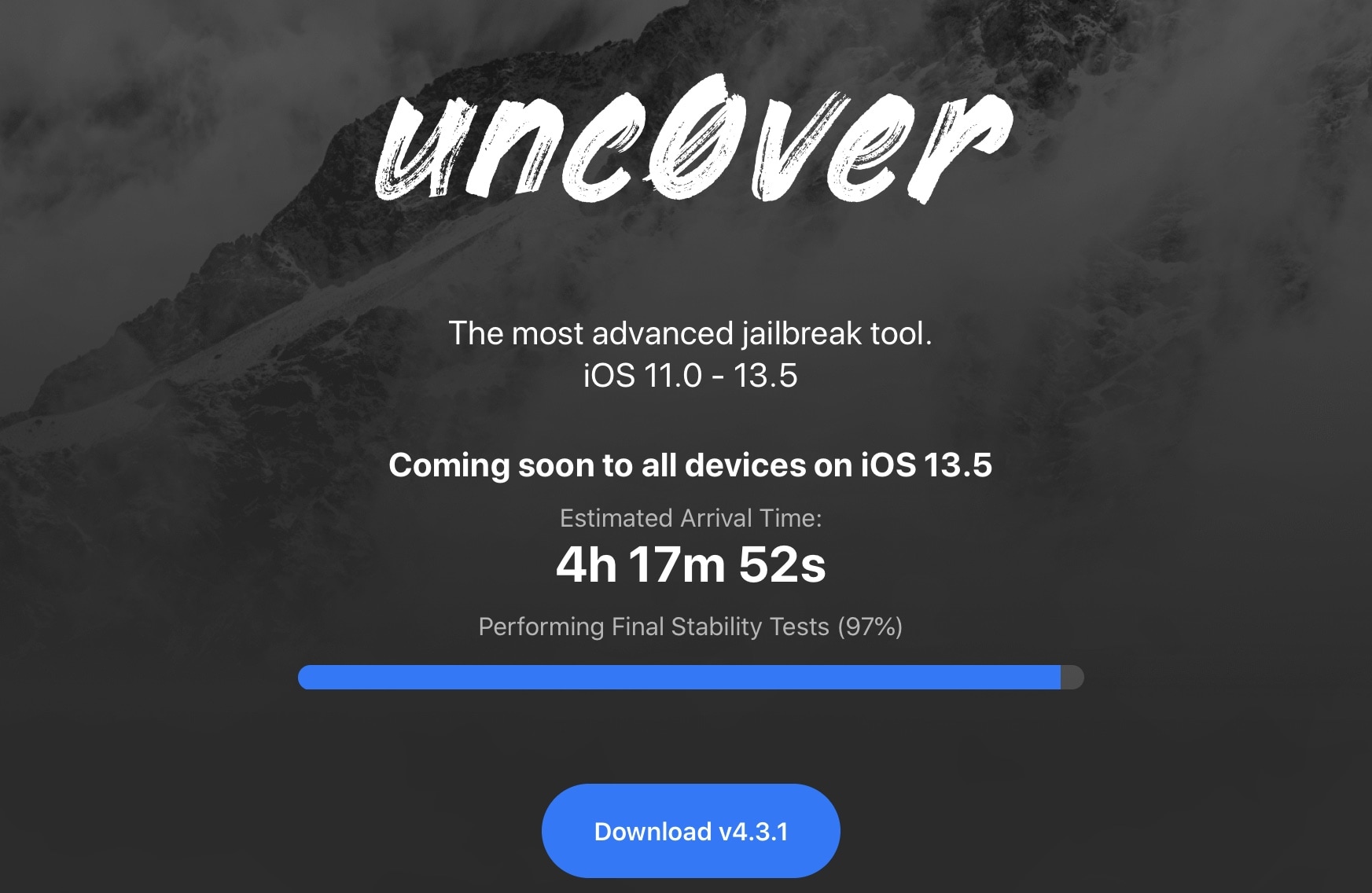 On Wednesday, team unc0ver teased an upcoming v5.0.0 of its jailbreak tool with support for all iPhones and iPads that can run Apple’s latest and greatest iOS 13.5 firmware (iPadOS 13.5 included) by way of a brand-new 0-day kernel vulnerability from project lead developer Pwn20wnd.

At the time, the official unc0ver.dev website displayed a progress bar with the text “Performing Final Stability Tests 90%,” but things seem to be moving right along. The progress bar has now surpassed 95%, and several high-profile Tweets now indicate that unc0ver v5.0.0 will be released this weekend, sometime within the next 24 hours. 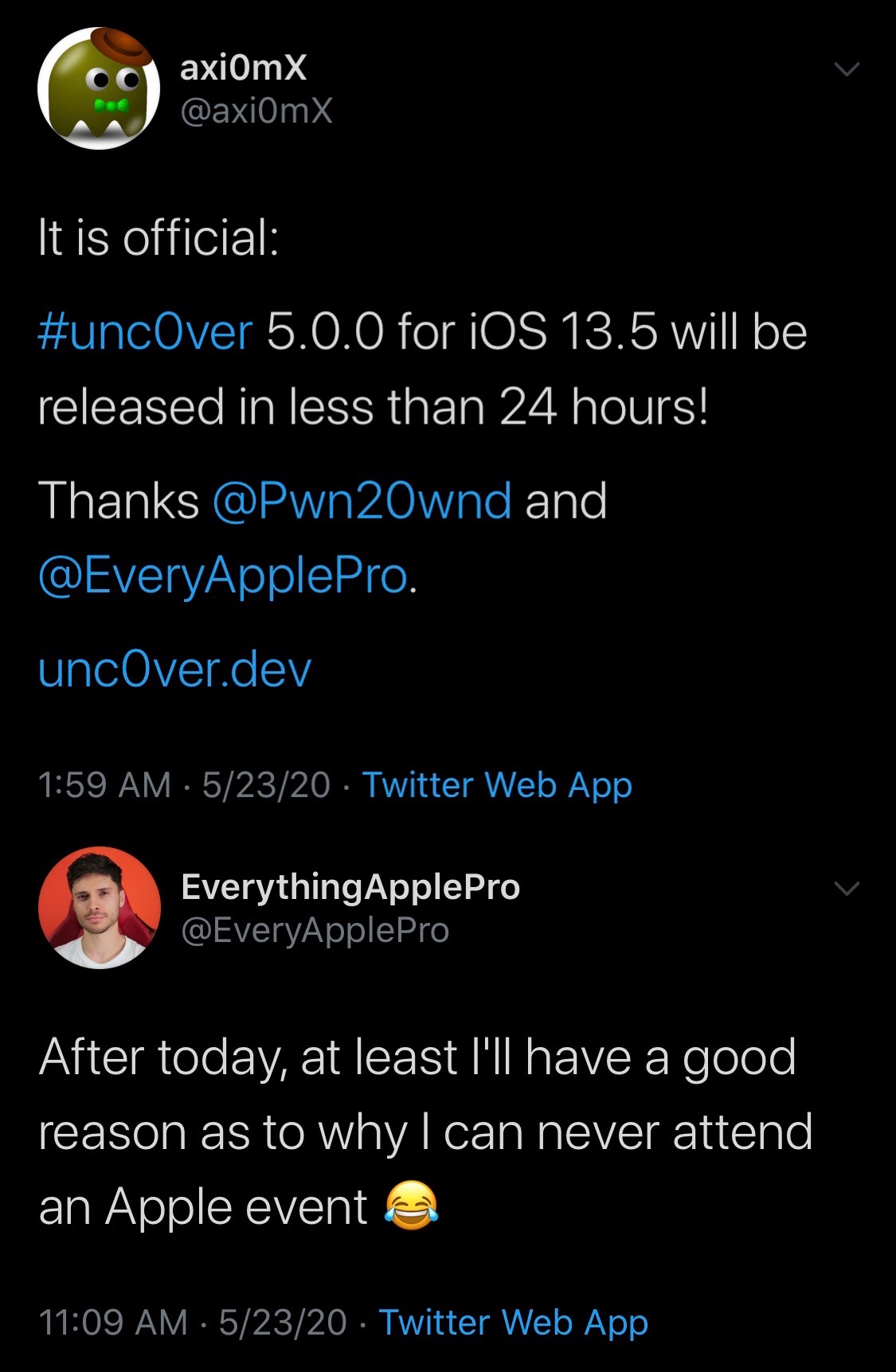 Earlier in the week, EverythingApplePro shared various teasers, including a screenshot of the native Cydia package manager running on iOS 13.5, and a photograph of a table chock-full of iOS device variants running the updated unc0ver jailbreak:

EverythingApplePro goes on to note in one of his Tweets that he has been beta testing the jailbreak on his personal iPhone 11 Pro Max for around three weeks without noticing any adverse side effects to battery life or performance. Though that should be taken with a grain of salt, as your mileage will vary depending on the types of jailbreak tweaks and extensions you’ve installed.

If you’re still scratching your head and wondering about EverythingApplePro’s sudden involvement in the unc0ver jailbreak, it’s worth noting that unc0ver v5.0.0 will have a massive plug for the Rebel case brand, which EverythingApplePro has close ties with. You’ll notice in some of the unc0ver v5.0.0 screenshots that the Rebel branding appears all over the place, along with notes about the product and where to purchase: 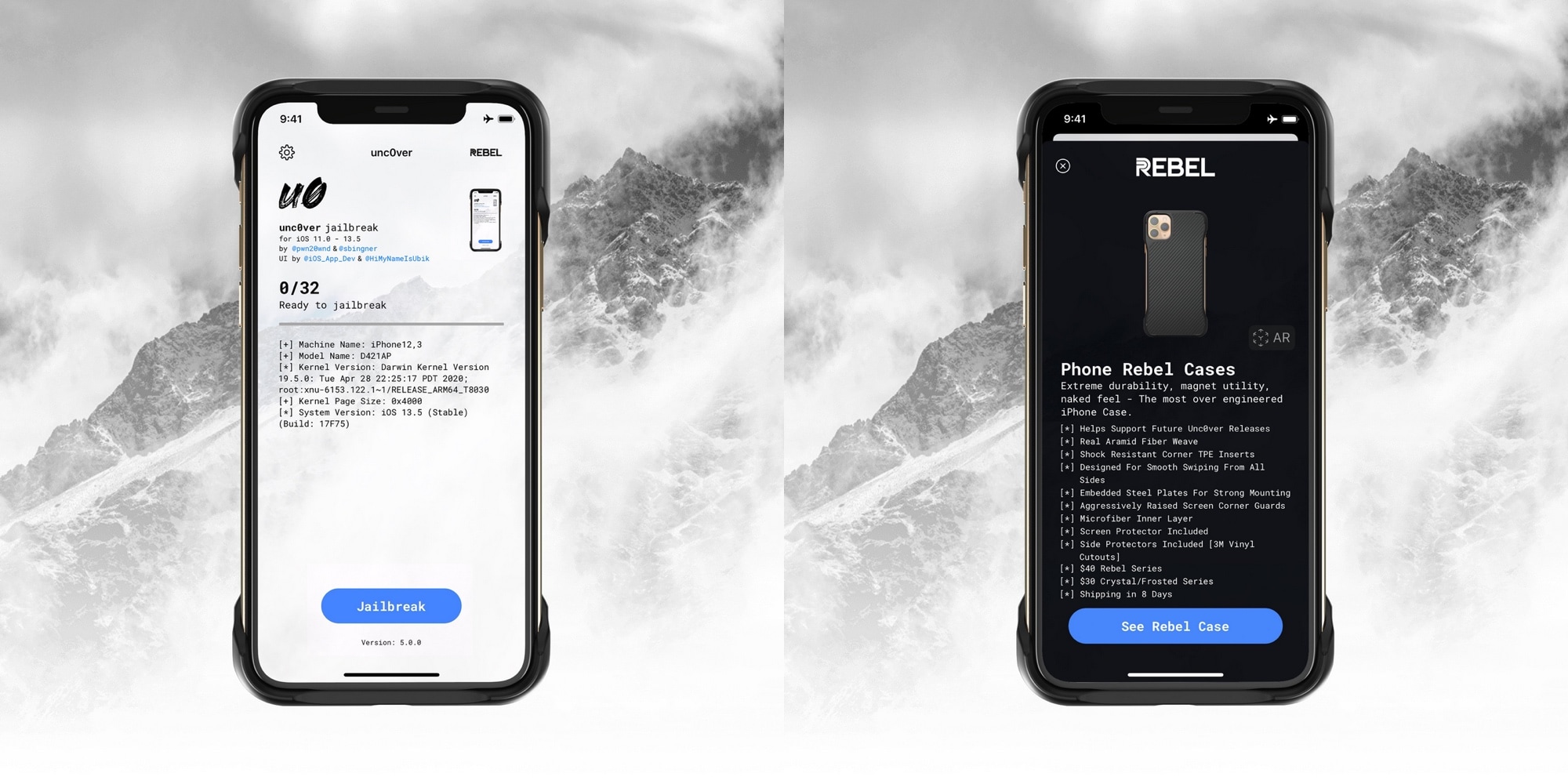 Jailbreak hopefuls will not be required to purchase a Rebel case to use the upcoming version of the unc0ver jailbreak, but they will be presented with an ad-like experience for Rebel in the unc0ver app itself. Think of it like the advertisements that you might see on YouTube every few minutes as you watch videos.

Have you updated your iPhone or iPad to iOS/iPadOS 13.5 in preparation for the unc0ver v5.0.0 update yet? Share why or why not in the comments section below.