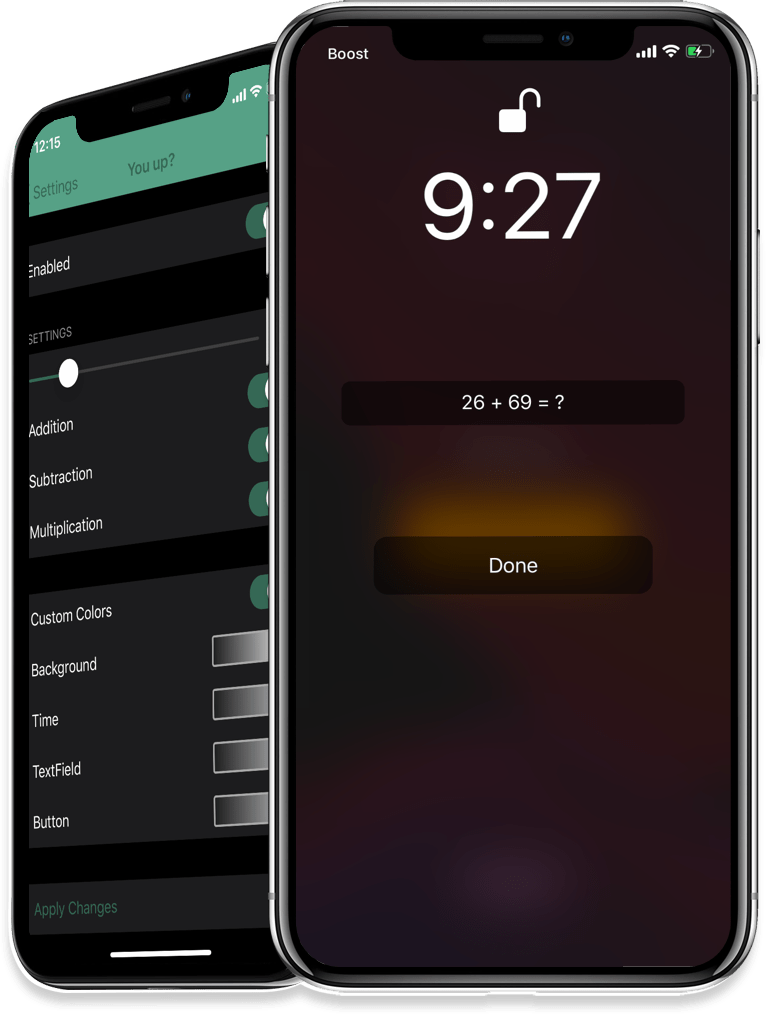 If you use your iPhone’s alarm feature to wake up in time for class or work every morning, then you know just how easy it can be to dismiss the alarm and oversleep. Apple doesn’t seem to have any plans for making this feature more fool-proof in the future, and that’s why we’re turning our attention to a newly released and free jailbreak tweak called You Up? by iOS developer 1di4r.

In a nutshell, You Up? forces the user to solve math problems to turn their firing alarm off. The concept should sound familiar because there’ve been literally countless tweak releases in the past that could do the same thing. What You Up? brings to the table is an aesthetically pleasing interface paired with the fact that the tweak is fully open-source on the developer’s GitHub page.

As for how You Up? works, it basically rigs the orange Snooze button that appears when your alarm begins firing. When you tap it, the tweak makes you solve math problems to shut the alarm up, which helps ensure that you’re fully awake before snoozing any further.

Once installed, You Up? adds a dedicated preference pane to the Settings app where you can configure the tweak to your liking:

The developer includes an Apply Changes button at the bottom of the preference pane so that you can save any changes you make on demand.

For those interested, here’s an example of how You Up? looks with custom coloring:

With the perfect storm of gorgeous aesthetics, UI customization, and functionally effective means of preventing users from snoozing the morning away, You Up? is an excellent addition to any jailbroken iPhone that gets used to wake you up in the morning.

Those interested in trying You Up? can download the tweak for free from the OpenPack repository via their preferred package manager. The tweak supports jailbroken iOS 13 devices and may also work with older versions.

Do you have a need for a tweak like You Up? Discuss why or why not in the comments section below.