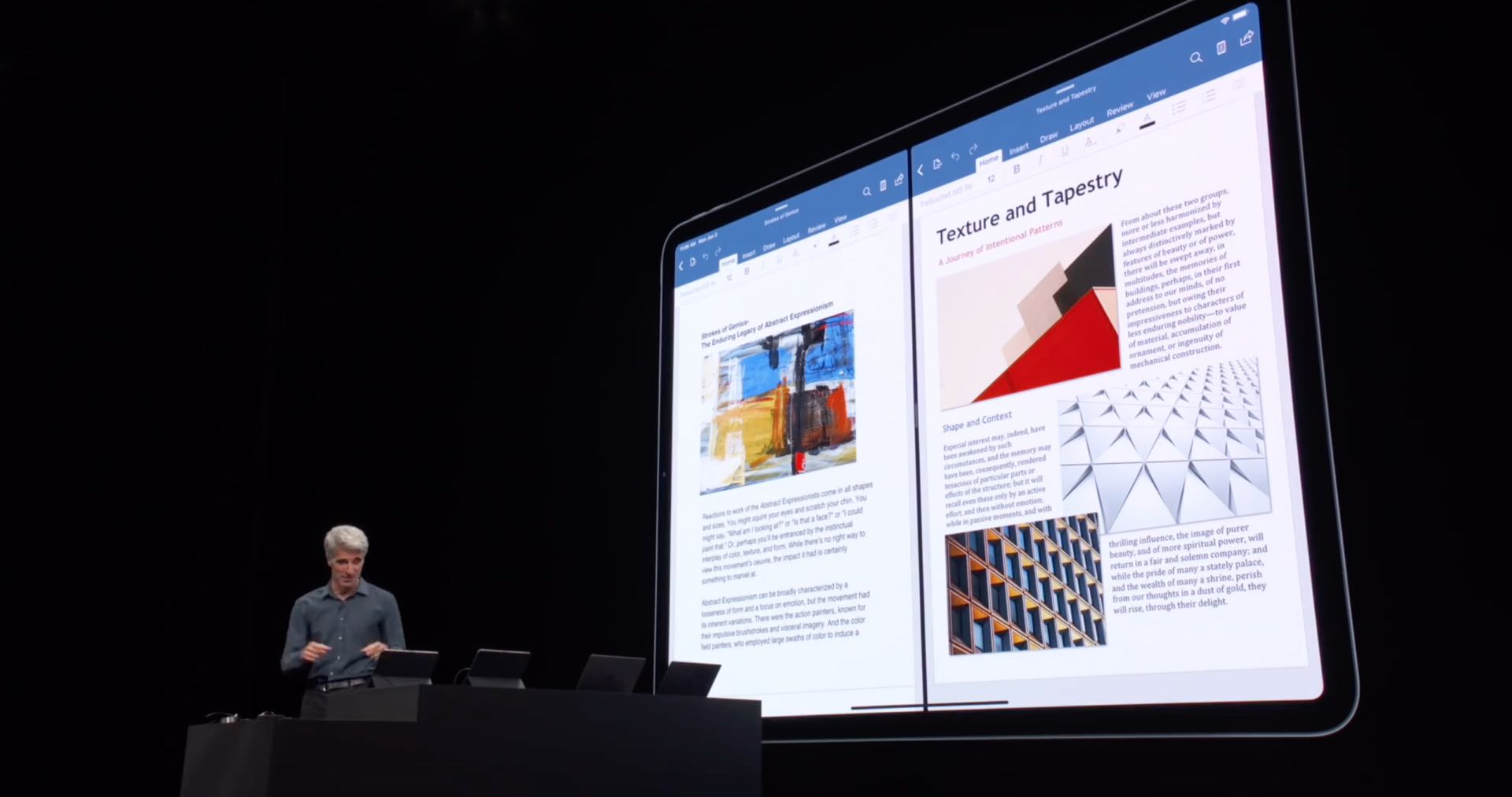 Keeping true to its promise, Microsoft yesterday updated its Word and PowerPoint productivity apps on the App Store with the ability to open two documents in a side-by-side view on iPad via Split View multitasking support. The Excel app did not pick up Split View support at post time, however. Microsoft has also acknowledged that it’s working on implementing iPadOS trackpad support for the Office suite, but don’t expect to be taking advantage of it before the fall.

Split View was first implemented on the iPad more than four years ago but Microsoft, as is its wont, is a bit late to the party. Furthermore, Split View in Office for iPad was first demonstrated at WWDC 2019 almost a year ago, but it’s unclear why it’s taking them so long to finalize it.

Be that as it may, you can now multitask on your iPad more efficiently by having to different Word or PowerPoint documents next to each other, with the ability to drag and drop content from one document to the other. This is great for things like comparing revisions of the same document or working on one document whilst having reference notes ready in the other.

To create a Split View, simply drag a document to either side of the screen. You can adjust your Split View or close one of the documents by grabbing the slider in the screen middle.

Today’s update to Word for iPhone and iPad also includes a new feature, dubbed Listen Naturally with Read Aloud, that enables the software to automatically select a natural sounding voice for the text language in your document and read it for you.

Last but not least, Microsoft has acknowledged that support for the enhanced trackpad and mouse features introduced in iOS and iPadOS 13.4 are being worked on, but it won’t be ready before the fall. According to weekend reporting from TechCrunch and The Verge, Microsoft is indeed planning to include cursor support by the fall.

“We understand that Microsoft is planning to include cursor support by the fall, so it could come to some Office apps a lot sooner,” reads The Verge article.

The Windows maker brought Split View support to Outlook for iOS in February 2020. Last year, the Redmond company released a unified Office app for iPhone and iPad that combines Word, Excel, PowerPoint and other Office mobile features into a single, smaller app.

Are you looking forward to rich trackpad support in the Office suite?