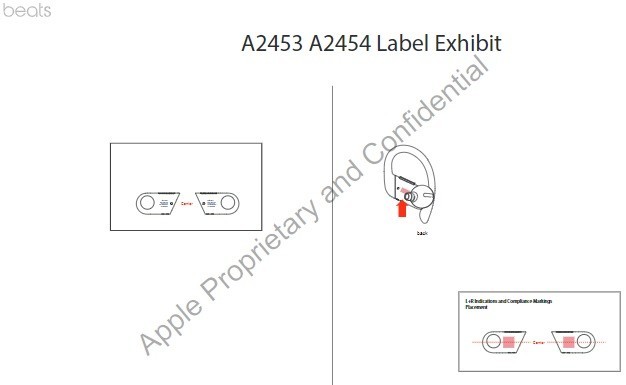 As we reported earlier in the week, next-generation Powerbeats Pro earphones recently surfaced in certification documents Apple filed in the United States and Malaysia, but now it seems that the product may have already released without any fanfare on Apple’s part.

Two days ago, an unreleased Beats model was spotted in the database of South Korea’s NRRC. The filing mentioned a pair of “specific small output wireless devices” manufactured by Apple, bearing model names A2453 and A2454 referring to the right and left earbuds.

Both the US and South Korean regulatory filings indicated an update to Powerbeats Pro was on the way, but new evidence that has been discovered suggests the model numbers reference a minor internal update that may have already launched without an official announcement.