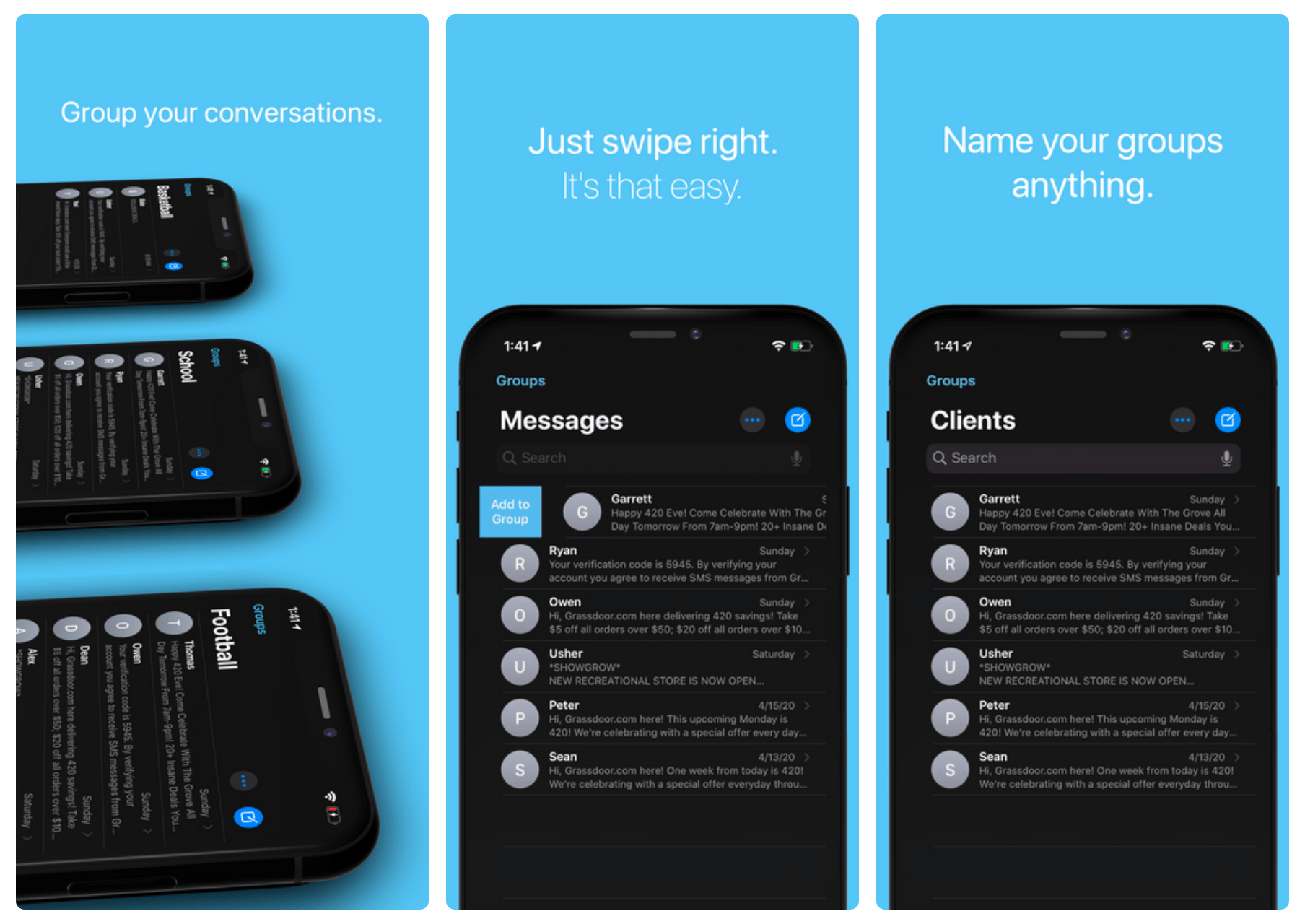 If your mannerisms align with the packrat-esque folk in the latter group, then we’ve got some great news for you. A newly released jailbreak tweak called Groups by iOS developer Ryan Trent can help you get organized by permitting you to sort conversation threads in the Messages app into… you guessed it… groups.

Groups plays nicely with liberated iOS 12 and 13 devices, and after accumulating some conversation threads in the Messages app, you’ll be able to swipe right on them to add them to existing groups. Likewise, when you’re viewing a group, you can swipe right on a conversation thread again to remove it from that group. It’s worth noting that it doesn’t matter whether those messages are iMessages or SMS messages.

Groups incorporates a number of preset groups that you can add existing conversations to, but if you aren’t happy with those presets, then you can create your own by resetting those that you’ve already made or renaming those that already exist to something different.

When you install Groups, you’ll find a dedicated preference pane in the Settings app where you can configure it to your liking:

The developer provides a Respring button at the top right of the pane to help you save the changes you make.

It’s particularly interesting that Apple doesn’t offer a similar solution for its own Messaging app out of the box. Instead, the company only provides a way to filter unknown senders, which isn’t quite as useful as being able to separate work texts from personal ones as Groups can do.

Jailbreakers that are interested in giving Groups a try can purchase and download it from the Dynastic Repo repository for the introductory price of $1.49 via their preferred package manager.

Note: The developer wanted us to add that WhatsApp Messenger support would be coming in a future update. But we can’t yet comment about how soon that might come.

Will you be downloading Groups on your pwned handset? Let us know why or why not in the comments section below.