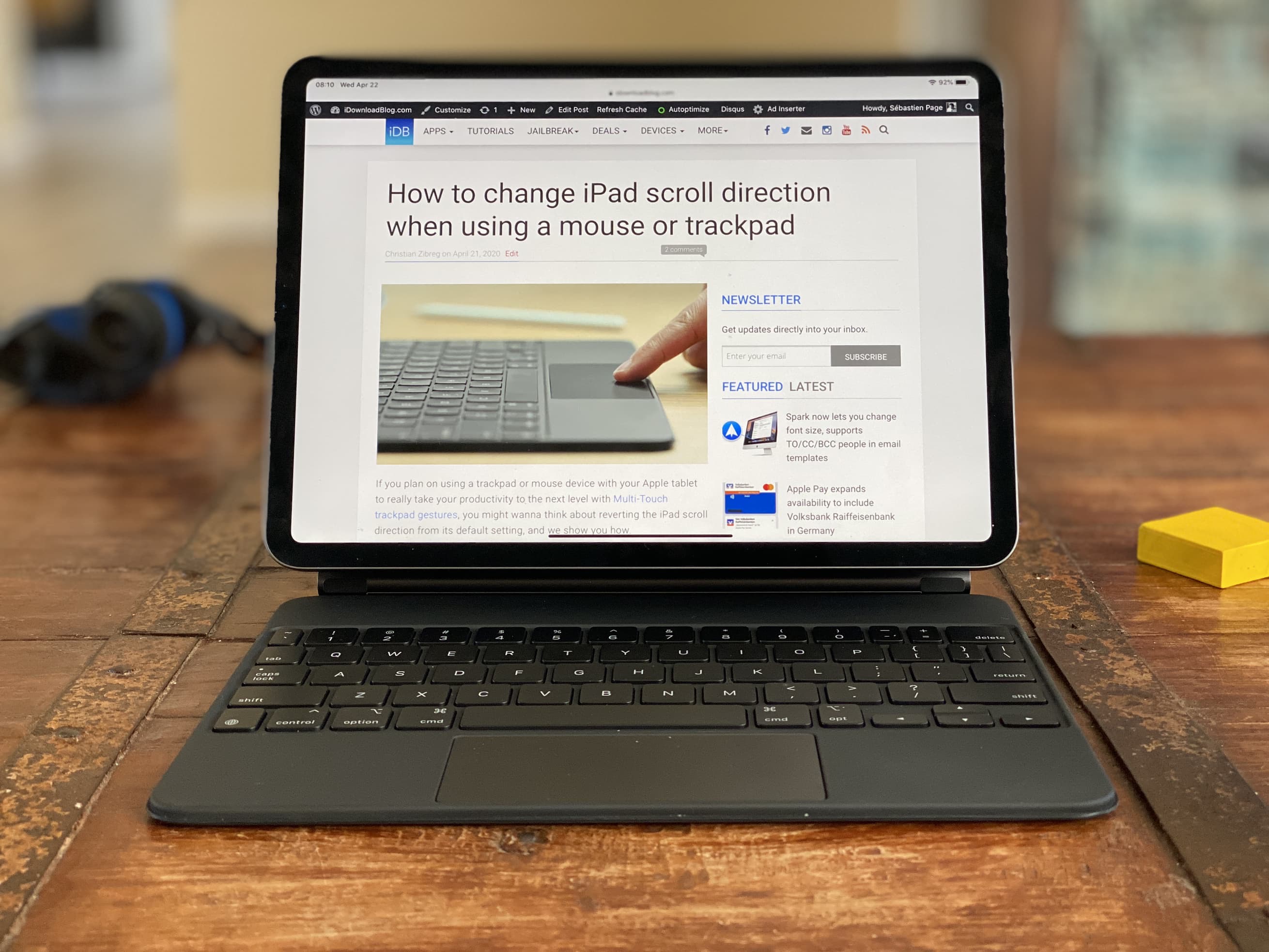 I received my Magic Keyboard for iPad Pro less than 24 hours ago, and wanted to share early thoughts and impressions about this new accessory.

Having used a Brydge Pro with my 11-inch iPad Pro for several months now, my first impressions are definitely filtered through the lens of this keyboard which I considered until now the best in class.

Weight: It’s heavy, but barely heavier than my previous Brydge Pro + iPad Pro combo. There is just a 20 gram (0.71 ounces) difference, which is noticeable but not a deal breaker.

Opening: Maybe I haven’t found the technique yet, but opening the keyboard from its completely closed position is very difficult when the iPad is attached. After more practice, I think the two hands must be actively working to open the lid.

Viewing angles: The viewing angles are limited. I believe this is by design to prevent the iPad from toppling back. Still, I’d like the ability to have a wider angle.

Typing: Typing feels great. It’s taking a bit of getting used to since I spent the last few months using the Brydge Pro, but it’s just a matter of hours until I’m fully efficient with the keyboard.

Function keys: There is no function keys, which I’ve already found annoying when wanting to control audio volume directly from the keyboard. Again, it will take some getting used to.

On your lap: Typing while the keyboard is on your lap feels pretty stable and balanced. I’m starting to see the limits of that limited viewing angle now, but I can’t say it’s not sturdy.

Trackpad size: I wish the trackpad was a bit taller.

Trackpad features: Any decent human being should enable Tap to Click in Settings > General > Trackpad.

The bad: As always, it feels like the hardware is far ahead of the software, with iPadOS feeling like the only real limit to how amazing this setup could be.

If you just got a new Magic Keyboard for your iPad Pro, please feel free to share your first impressions down in the comments below.